The Stars of "Dreamgirls" 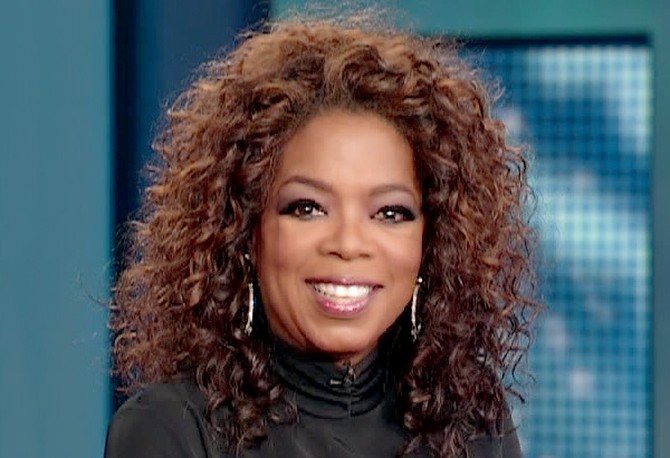 For the first time together on one stage, it's the star-studded cast of Dreamgirls! The film, adapted from the Tony award-winning musical, follows the rise and fall of a 1960's girl group on the quest for fame.

"I am so excited to tell you about this movie!" Oprah says. "It has kept me up for days thinking about it. The songs going in and out of my head. The acting. The music. It defines sensational. I am telling you, you will be dazzled!" 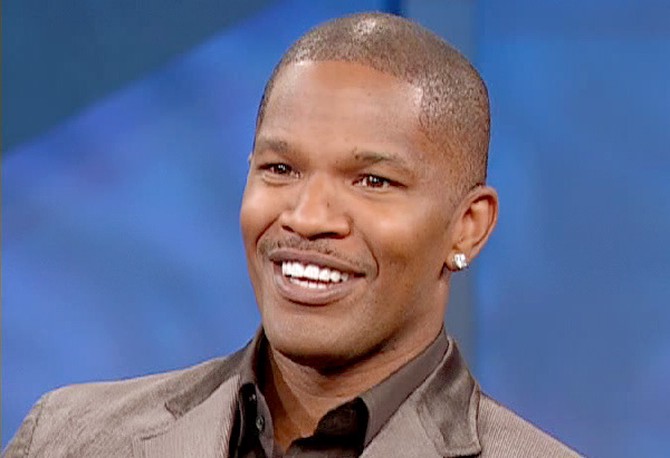 In Dreamgirls, Oscar® winner Jamie Foxx plays Curtis Taylor, an ambitious manager with his eye on the prize. It was a role Jamie wanted to play so badly, he says he would have done it for a quarter.

"When this project was coming along, it was like, well, who's going to be in it? And when I heard that Beyoncé was involved, when I heard that Eddie Murphy was involved ... You go to yourself, 'Look, it doesn't matter how much money you get paid. You want to be part of history.' This is what's going to be put in that time capsule. People are going to look back and see this movie, and this is going to develop their culture." 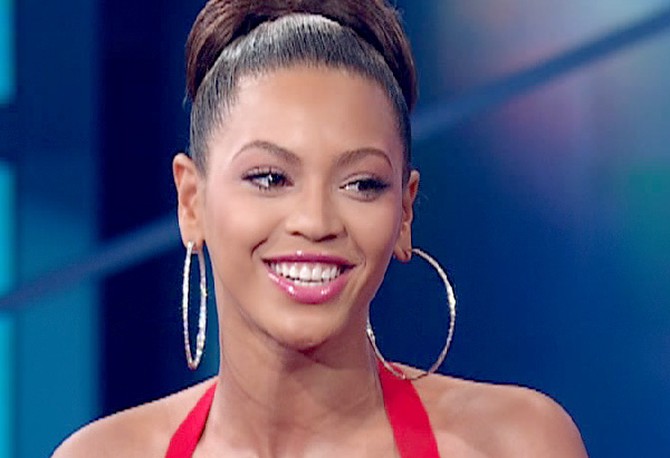 Nine-time Grammy winner Beyoncé Knowles plays Deena Jones, a backup singer whose awe-inspiring beauty quickly thrusts her to center stage. Beyoncé was thrilled when she heard that the musical was becoming a film.

"I've been hearing about Dreamgirls, the musical, since I was 16. The second my choreographer, Frank, saw me he said, 'You're Deena.' And I was like, 'Who is Deena?' So I've been preparing for this role without even knowing for years."

Beyoncé's powerful stage presence nearly cost her the part, she says. "[The director] was concerned that I couldn't play young Deena because on the stage I'm so different. I'm so strong and really powerful," Beyoncé says. "So I did a screen test and I was the first person cast." Still, she had to keep her voice in check. "Deena had a very soft voice and she didn't have a lot of soul. So I couldn't grunt, I couldn't growl, I couldn't sing how I wanted until [the song] 'Listen,' which is that important moment." 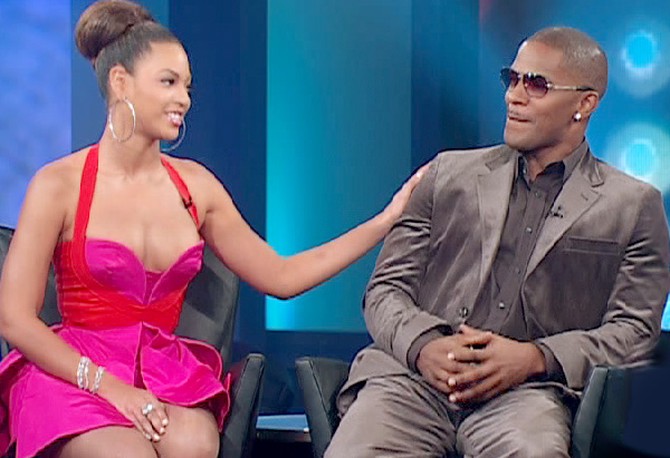 Beyoncé and Jamie's On-Screen Kiss
The relationship between Deena and Curtis in the movie meant love scenes for Beyoncé and Jamie. Was it tough for these sizzling stars to get into character?

"I wasn't nervous when I had to kiss Jamie," Beyoncé says. "I've done onscreen kisses before, and every time it makes you a little uncomfortable. I'm a singer first, so I still have to get used to that. But he was very professional, and I had to look at it as Deena kissing Curtis."

"Yes, that's the way I looked at it, too," Jamie jokes. "And I see your parents [in the audience]. I see your father out there!" 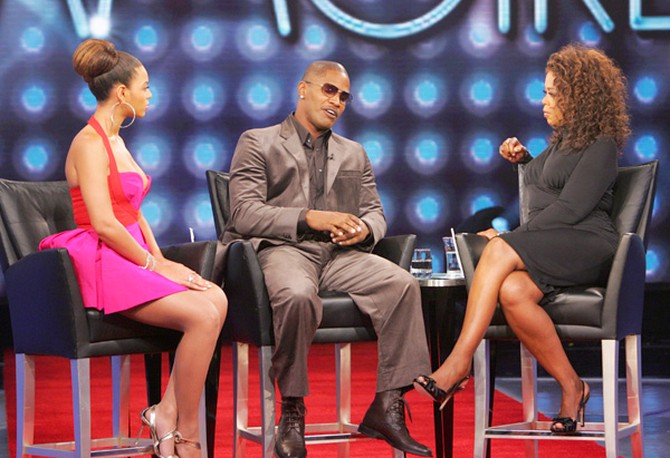 As the manipulative manager of the Dreams, Jamie's character engages in some shady behavior to get things done. According to Jamie, he enjoyed playing a dark role because it's so different from his usual persona.

"It was cool," he says. "I was kind of going through some things myself, trying to get a record out. And when you meet these guys who are executives, sometimes they can be a little bit ruthless. The way I looked at the character, Curtis had to be unforgiving and as dark as he could be."

With an Oscar®-winning actor opposite her, the set became a learning experience for Beyoncé. "It was amazing to watch Jamie," she says. "I learned so much from him. When it's time for him to become the character, he just completely transformed. He helped me out a lot because he would do improvs ... he knew just what to say to get the right reactions." 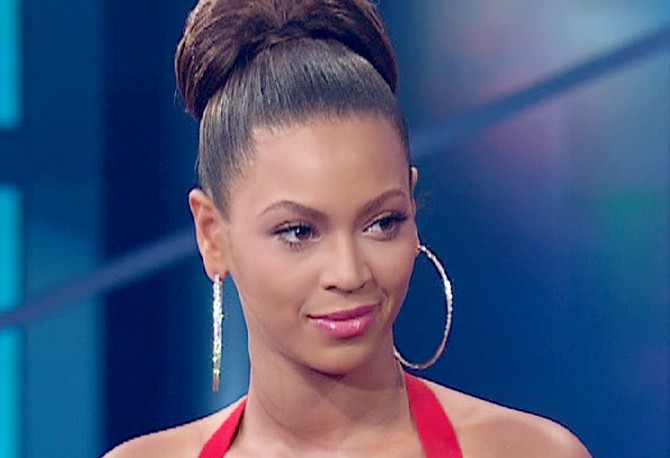 To get herself prepared to play Deena, Beyoncé lost 20 pounds—without being asked! "I figured in the '60s Twiggy was the hot model, and Diana [Ross] and Cher and all the legends were thinner than I am," she explains. "So I decided I wanted to lose weight and make a physical transformation. And it was difficult because I love food. I love to eat. I did a fast—a master cleanser for 14 days. Everybody was eating Krispy Kremes around me. I was grouchy, but I did it and I lost the weight." 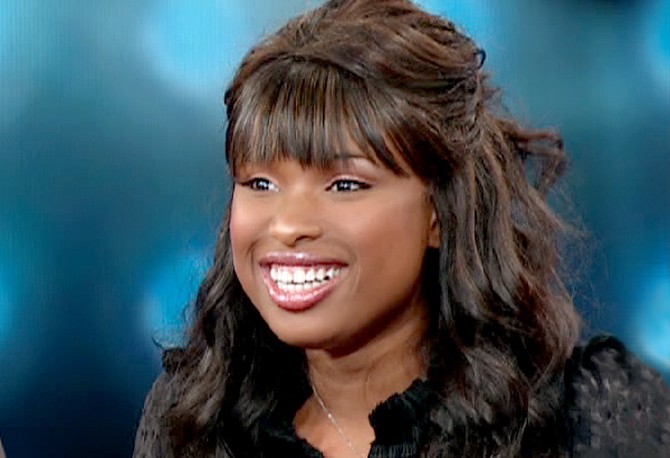 Former American Idol contestant Jennifer Hudson beat out 782 other hopefuls to make her film debut as Effie White in Dreamgirls—and according to Oprah, it isn't just a breakthrough, she crashes through the wall! "I think it's a religious experience listening to her sing," Oprah says. "She makes the little hairs on the back of your neck stand up."

Jennifer says that all the attention she's receiving feels like a blessing. "It's God's favor," she says. After auditioning three times in six months, Jennifer felt the decision was in the hands of a higher power. "I ended up on the church steps across the street from my house and I said, 'Lord, here I am. If it's meant for me, it's for me. Whatever your will is, that's what's best for me, and that's what I want,'" she says. "Two weeks later, they called me saying, 'Congratulations, Jennifer Hudson, you're Effie White.'" 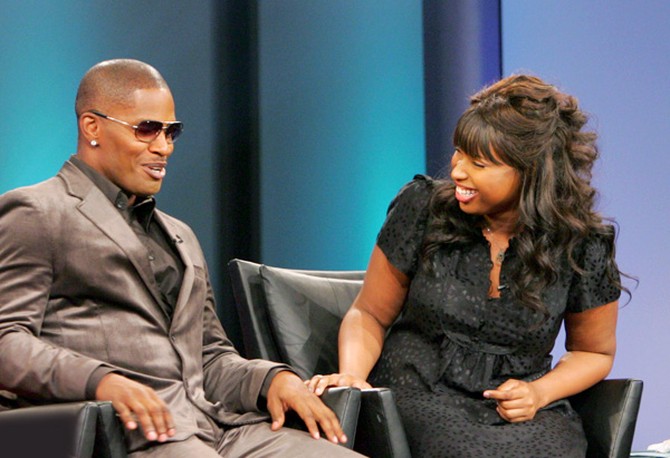 On the set of Dreamgirls, Jennifer found herself working with two of her idols, Jamie and Beyoncé, but she says she didn't find their star power intimidating. "I was so focused, and I wanted it so badly that I really didn't think about it," she says. "I just went through the motions and I felt God was with me, so I was just like, 'Look, I'm here.'"

Doing a love scene with Jamie was a different story. "I was so nervous the first time I had to kiss Jamie," Jennifer says. "You don't even get a chance to say 'Good morning,'" Jennifer says. "He walks in [to do the scene]." 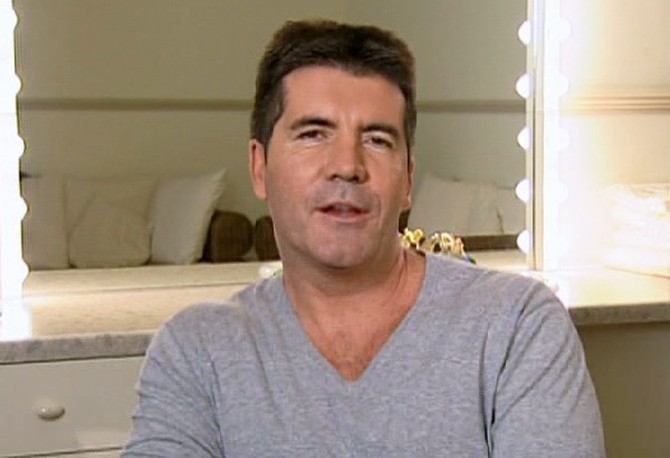 As a finalist on American Idol, Jennifer took some heat from judge Simon Cowell, including a comment that she was out of her depth in the competition. Now, Simon's got some making up to do!

"We have our history together, don't we, Jennifer?" Simon says. "Now I feel my criticism has probably had a significant part in your career, because the buzz on you is huge. I heard your [version] of 'And I Am Telling You I'm Not Going' today, and I would like to be the first to eat a massive dose of humble pie. Because there are good performances and occasionally there are extraordinary performances. That was extraordinary, Jennifer, and I feel very proud for you. I feel we had a very small part in what's happened in your life, and please thank me when you get your Oscar®." 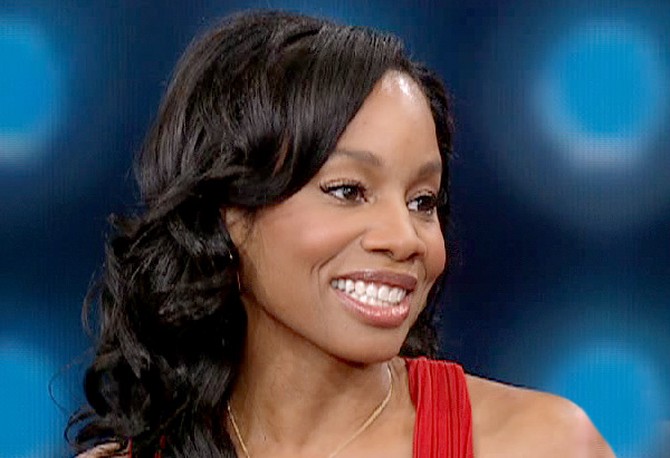 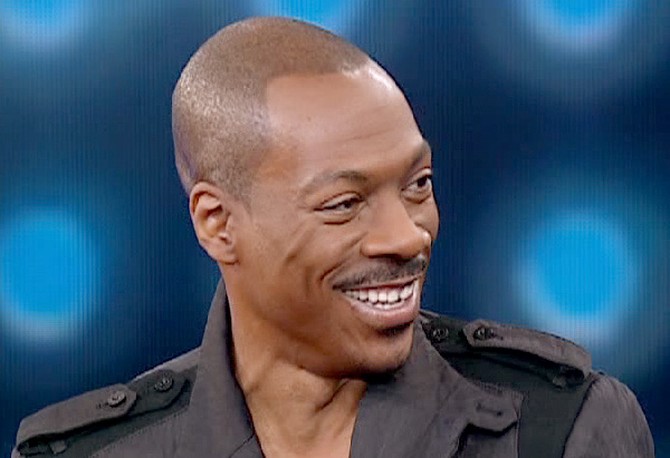 In Dreamgirls, Eddie Murphy plays James "Thunder" Early, a character who's part James Brown, part Little Richard, and all Eddie Murphy. As a fan of the musical, he was excited to be cast in the film. "I'm much older than the rest of the cast," he says. "I saw the original play on Broadway 25 years ago and I loved [it]. I was blown away when they asked me to be in it."

Like the rest of the cast, Eddie does all his own singing in the film, but even he admits that the pop albums he put out in the '80s weren't a good example of what he could do. "I don't know if 'Party All the Time' gave you any [idea] of what was coming—that this was coming 20 years later," he jokes. 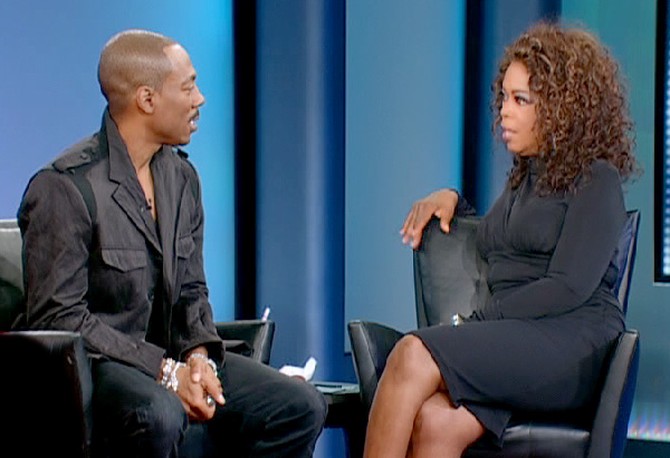 Jamie saysJamie says Eddie was able to transform in and out of character in a split second—a trait Jamie admired. According to Eddie, the drama playing out in his real life contributed to the transformation. "I don't want to make it seem like I was Joe Actor," he says. "I was going through a big divorce then." Ultimately, he says, acting in the movie helped him deal with the end of his marriage. "It was really good because I had all that going on...[but filming] would take me to a different place emotionally." 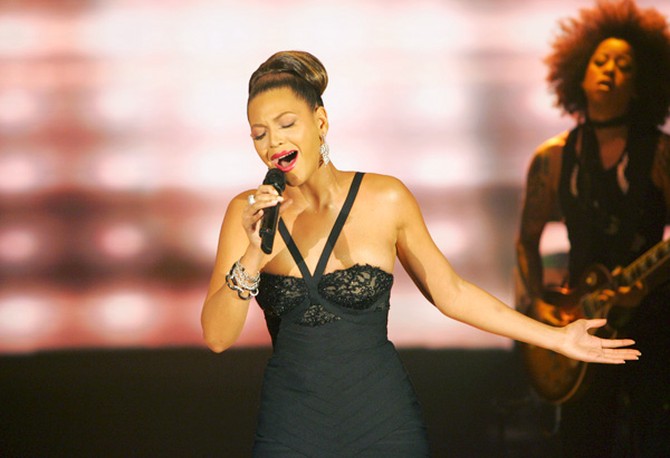 "This is the moment where Deena finally finds her voice," she explains. "The whole movie she's been manipulated and she's kind of lost her own opinions. I think a lot of women can relate to the lyrics."
Published 11/20/2006
More The Oprah Winfrey Show
Jennifer Hudson's Rise to Stardom
The Secret Life of Bees' Cast
Slimming Style Makeovers
Behind the Scenes of Oprah's Surprise Spectacular
Shirley MacLaine's Starring Roles
Hollywood's Dynamic Duo
The Winner of Oprah's Big Give Returns with a Surprise