The Secrets of Saturday Night Live 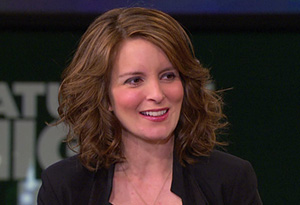 PAGE 3
Even though it's been on the air for 36 years, Chevy says SNL's comic formula remains the same. "I mean, make 'em laugh is the first thing," he says. "What's changed is the taboos have changed over the years."

Tina says comedians get away with less today than they did when SNL was just starting in the 1970s. "The standards of the network are a little more squirrelly about politically correct language," she says. "You have to find a way to get around it and still do stuff."

More The Oprah Winfrey Show
Live from The Oprah Show, It's Saturday Night
10 Memorable Harpo Hookups
13 Memorable Cast Reunions
15 Favorite Funnymen
On the Road with Glee
Jane Fonda on Her Co-Stars
Where Are the Sound of Music Stars Now?
Jane Fonda's Life in Photos