Shaun Cassidy, All Grown Up 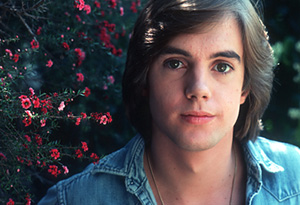 Showbiz runs in Shaun's genes. His parents are stage and film stars Shirley Jones and the late Jack Cassidy. Shaun's older half-brother David broke some hearts of his own as Keith on The Partridge Family.

In 1977, Shaun's song "Da Doo Ron Ron" shot straight to number one. From there, Shaun took the small screen by storm as a handsome teen detective in The Hardy Boys. He also graced every Tiger Beat cover consecutively for almost two years, giving teen girls plenty to dream about. 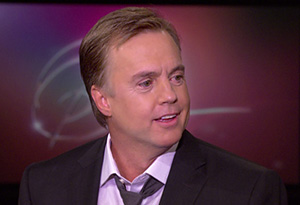 More than 20 years after whipping stadiums of fans into a frenzy, Shaun says he's grateful for their support. "You have this special connection with someone if you're their first record or their first concert or their first poster or whatever it is," he says. "And I see the look. A 42-year-old woman will walk up to me and I see this beautiful little 9-year-old girl emerge in her eyes. I do. And it's so touching." 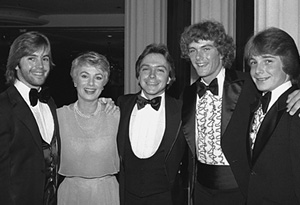 Photo: AP
Shaun credits his family with helping him stay grounded. "In my family it's like you come from a family of plumbers and go into plumbing. Not such a big deal," he says. "Fortunately, all the plumbers in my family had kind of paved the way. So if I had any questions about how to manage something or if I was afraid of something or didn't quite know where to turn, they were there."

Still, Shaun says his family never pressured him to go into show business. "Actually, I think that they hoped that we wouldn't be in it," he says. "I know my younger brothers, Patrick and Ryan, obviously felt a great deal of pressure after David had done it and then I had done it. But, ultimately, you have to find your own path." 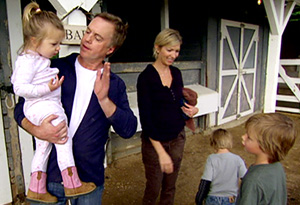 Shaun eventually found his true calling away from the stage. "I have been writing television shows and producing them for the last 15 years," he says. "I look at old interviews and things and they say, 'What do you want to do when you grow up?' I say, 'I want to be a producer.' And I'm really fortunate that I was able to do it."

Shaun and his wife, Tracy, live on two acres in Los Angeles with their young children Caleb, Roan and Lila. Shaun also has two children in their 20s and a 12-year-old daughter, Juliet, from previous marriages. "He's just a family guy to us," Tracey says. "We go to Little League games. He goes to PTA meetings and volunteers at the school and packs lunches."

Take a tour of Shaun's home and meet his family.

Despite everything Shaun has accomplished, he says nothing is more important than his family. "They are the realization of my dream," he says. "My family's my dream."

Watch Shaun sing a medley of his greatest hits

Look back at 45 years of Tiger Beat covers