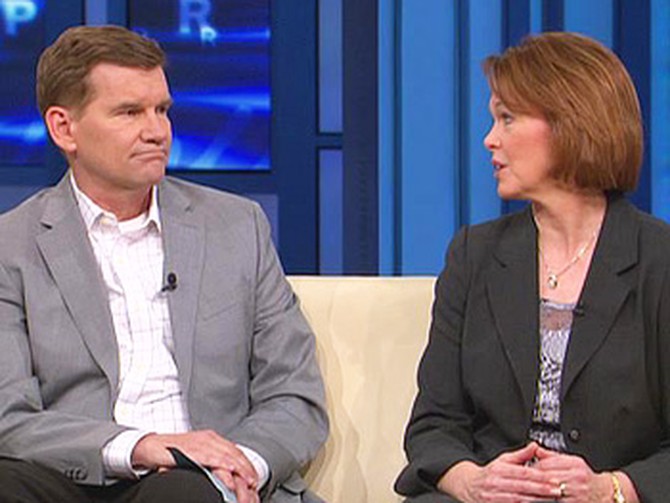 6 of 12
In the days that followed, Ted says he came clean with Gayle about his sexual immorality and drug use. "I can't think of anything that would have been a greater shock to me, and, literally, I felt as though the rug had been pulled out from under me," Gayle says.

Yet, she stayed by her husband's side. "I was going to stay with Ted because, first of all, I love him deeply and I knew that we had a very real relationship," she says.

Through therapy, Gayle says she realized that her marriage wasn't a lie and that Ted's struggles were only one aspect of him and didn't take away from the life they had built together. "I choose to forgive him, and I choose to love him. I made the decision. Then I had to work it out. And that was the painful process for me."
Published 06/30/2009
PREVIOUS | NEXT
More The Oprah Winfrey Show
Oprah's Shoe Hall of Fame
Jane Fonda's Life in Photos
The Sydney "Oprah" House
Rocky Mountain National Park
Flying Through the Plains
Abused Women Speak Out
Excerpt from Connect to Love
Excerpt from Transition: The Story of How I Became a Man