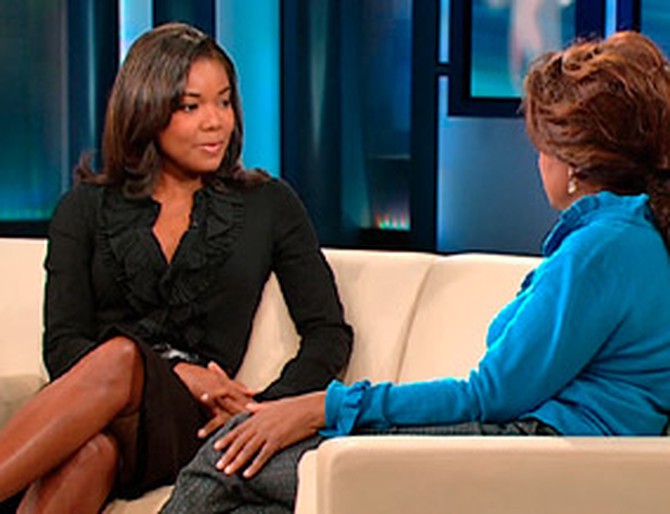 6 of 12
As the man led Gabrielle and her co-worker towards the back of the store, Gabrielle says she remembered advice she'd heard on The Oprah Show.

"Immediately I thought of the show...what to do in case you're the victim of a violent crime," she says. "I just did everything the [crime expert on the show] said. You know, be calm. Follow their directions. Do everything that you're being told to do until you see an opening."

She also remembered that the crime expert said to never let the attacker take you to a second location. Once inside the back room, Gabrielle says the man told her co-worker to go inside the bathroom and made Gabrielle stay with him. That's when she knew she'd either be murdered or raped. "I hate to say luckily, but luckily I wasn't killed," she says.

The man brutally raped Gabrielle and then calmly asked her to pass him his gun. Gabrielle says she knew this was her chance. "I had never handled a gun before in my life. But I guess from watching movies, I knew instinctively how to handle the gun," she says. "I fell on my back, popped the clip in and I tried to take him out."

Gabrielle missed and the man left the store. Eventually, he turned himself in after raping another woman at a nearby store.
Published 11/10/2006
PREVIOUS | NEXT
More The Oprah Winfrey Show
The Gift of Life
Surviving the Tsunami
Behind the Scenes of Oprah's Surprise Spectacular
Stories of Survival
Finding Sarah Ferguson
The Royal Wedding: Two Lives in Photos
Sarah Ferguson's Life in Photos
Royal Wedding Souvenirs