Surprise, Oprah! Hollywood's biggest stars, living legends and loyal viewers share what The Oprah Show has meant to them. 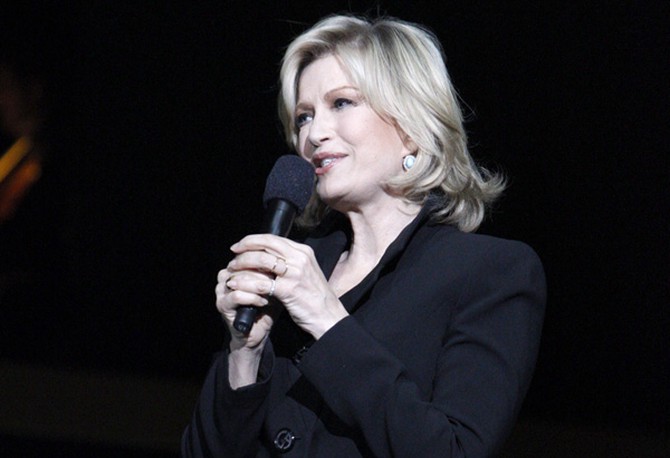 11 of 15
No library is complete without an inspiring place to read, and ABC's World News anchor Diane Sawyer walks on stage to share another surprise announcement.

Over the years, Oprah has often said that her favorite place to read is under the stately oak trees that surround her Santa Barbara home. "I've always thought that maybe the closest Oprah is to heaven is when she's sitting in one of her big oak trees," Diane says. "I think I know why you love those trees so much: They start with just a small seed, and then the first shoots and those saplings start to spring up. Then, the tree starts to grow and there it is with the deepest roots and still looking straight up at the sky. The stronger the wind, the stronger that tree standing there on the horizon. And that is like life, and that is like you and that is like The Oprah Winfrey Show."

To further honor of The Oprah Show's 25 seasons, Diane tells Oprah that in front of each of the new libraries, a giant tree will be planted. "The Oprah tree," Diane says. "Standing and inviting every one of those children to bring their books and their hopes and their fears and to know that you are there to embrace them."

Published 05/23/2011
PREVIOUS | NEXT
Please note that Harpo Productions, Inc., OWN: Oprah Winfrey Network, Discovery Communications LLC and their affiliated companies and entities have no affiliation with and do not endorse those entities or websites referenced above, which are provided solely as a courtesy. Please conduct your own independent investigation (including an investigation as to whether any contributions are tax deductible) before donating to any charity, project or organization. This information is provided for your reference only.
More The Oprah Winfrey Show
Oprah's Farewell Spectacular, Part 2
Behind the Scenes of Oprah's Surprise Spectacular
Julia Roberts and Tom Hanks' Oprah Show Farewell
Talented Child Singers
The Secret Life of Bees' Cast
15 Most Frequent Celebrity Guests
Julia Roberts' and Tom Hanks' Favorite Things
Dreams Come True