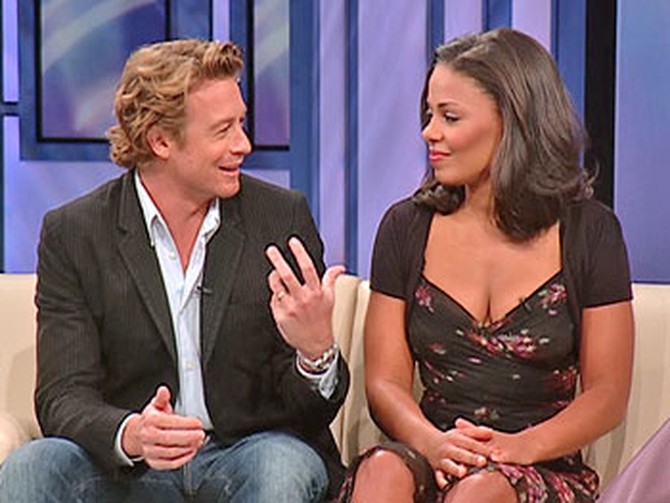 Simon, an Australian actor, admits that he knew very little about African-American women and culture when he first arrived on the set. During filming, he says he asked his co-stars to "fill him in" on important cultural differences. Simon says these lessons taught him that his on-screen relationship was not simply a "biracial" romance...it was "bicultural."

Both Sanaa and Oprah say they have dated white men in the past and that they took it upon themselves to "school" their boyfriends about African-American women. Lesson number one? Hair.
Published 03/08/2006
PREVIOUS | NEXT
More The Oprah Winfrey Show
Excerpt from Connect to Love
Iyanla Vanzant: Back from the Brink
Ten Rules to Live and Love By
Excerpt from Freedom Riders: 1961 and the Struggle for Racial Justice
Q&A with Southern Historian Raymond Arsenault
Oprah's Ultimate Favorite Things 2010
Adopting Orphan Elephants
Hollywood's Dynamic Duo