The Human Race Machine, created by artist Nancy Burson, is a unique tool that shows users how they will look as six different races, represented as Asian, white, black, Hispanic, East Indian or Middle Eastern. The "machine" is a one-of-a-kind computer that looks a lot like a mall photo booth—the user sits down and has their photo snapped. Then, the user is asked to digitally map the edges of their facial features. Within seconds, The Human Race Machine generates an approximation of what they would look like as a different race. It's a unique experience that places the viewer for a brief moment in someone else's shoes.

"We created the machine because we are 99.9 percent genetically alike," Walied says. "All of us—no difference. The only reason why we do have differences is that in theory, if we started all in the same place and we spread out in the world—our environment—we adapted to our environment in terms of skin color, hair. Environment changes us. ... But it doesn't change the fact that we're all the same."   What if you could change the color of your skin? Meet two families who did just that. 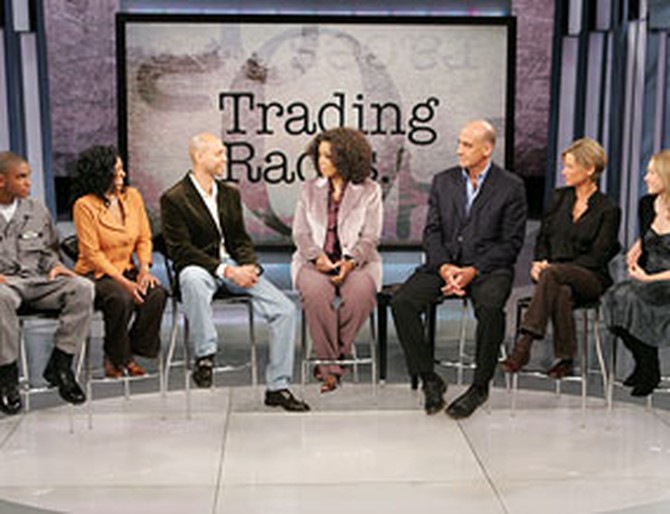 Using cutting-edge Hollywood makeup techniques, the Sparks family became white and the Wurgel family became black. After several hours in the makeup chair each day, both families would go out into the world to see what life is like as the member of a different race. In their new skin, the Sparks and the Wurgels went undercover shopping, working and socializing with the opposite race. 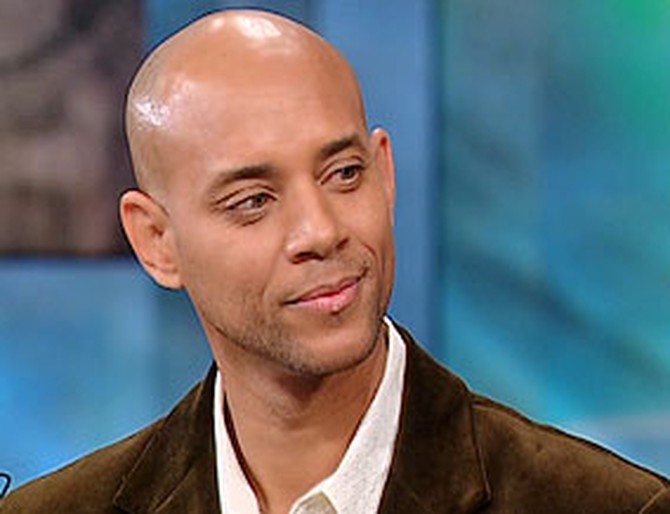 Made up as a white person, Brian got a job as a bartender. One day at work, he asked a white patron to describe the neighborhood. "This is one of the last somewhat unaffected bastions of middle class, Caucasian America," the man replied. "They don't want a lot of migration because they've seen what's happened in the peripheral communities, and it's taken the quality of life down."

Brian says he was surprised by the turn the conversation took. "Inside, I'm just getting sick," says Brian. "But, hey, I have to do this. This is what I'm here for. This is what I want to find out. I want to be a fly on the wall."

On another occasion, Brian says he learned a big lesson when he went to an all-white country club. While shopping for golf shoes at the club's pro-shop, Brian says he was amazed by the great service he received as a white man. Brian says that for the first time in his life, a shoe salesman placed his foot into the shoe. "Is this what the white guys get?" Brian wonders. "Is this all the benefits they get?"

Brian says that when he returned to the store in his own skin, a different salesman was "nice" but he was handed his shoe. He says the presence of the camera crews may have influenced their behavior. "I will be the first to say that with cameras there, people do take different perspectives on things," says Brian.

While in costume for Black. White., Bruno says he didn't personally experience any racism. "I acknowledge there is racism," he says. "I, personally, during the experience of the show never felt any."

Made up as a black person, Bruno went to several car dealerships to see if he would be treated any differently. "It didn't seem to me that anyone was keying in on my blackness," says Bruno. "In general, I got excellent service and I'm finding that I'm treated exactly the same whether I'm black or whether I'm white."

Oprah makes a point on how the perception of one's class factors into the race debate. "It's not just about race," says Oprah. "It's also about the perception of class. ... When you walk into a place and you're speaking a certain way, people treat you differently than if they perceive you to be speaking another way."

Race became a hot button for Bruno and Brian during the course of the experiment. Bruno says, "If you're expecting to see something, you probably will. And if you're not, you probably won't."

Brian did not see eye-to-eye with Bruno. "This is reality to me," says Brian. "Every day I walk out my door as a black man. ... So it's not perception—it's there." 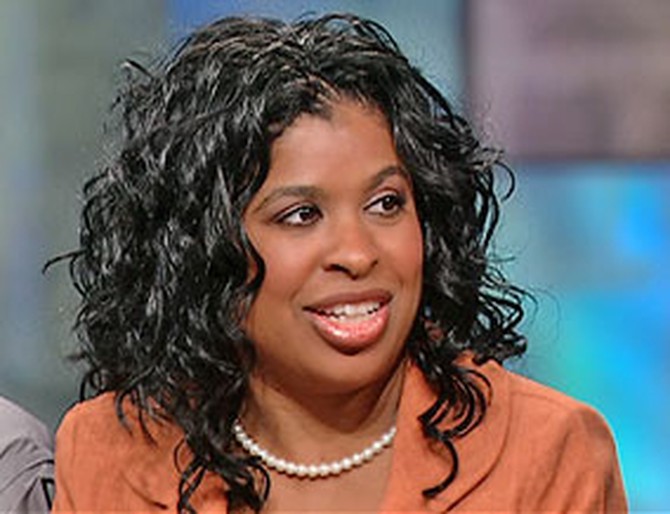 In one incident on Black. White., Renee and Brian—made up as white people—attended an all-white focus group on racial issues. Renee says one particular comment in the focus group left her "just blown away."

A man, who Renee said appeared to be in his 20s, explained one of his racial hang-ups to the group. "There's these innate things I've been taught," he said. "You know, [if I] shake one's hand that's black, my instinct is to wipe it."

Renee says, "I was like, 'Wow! In this time frame parents are still teaching this to their children?'" 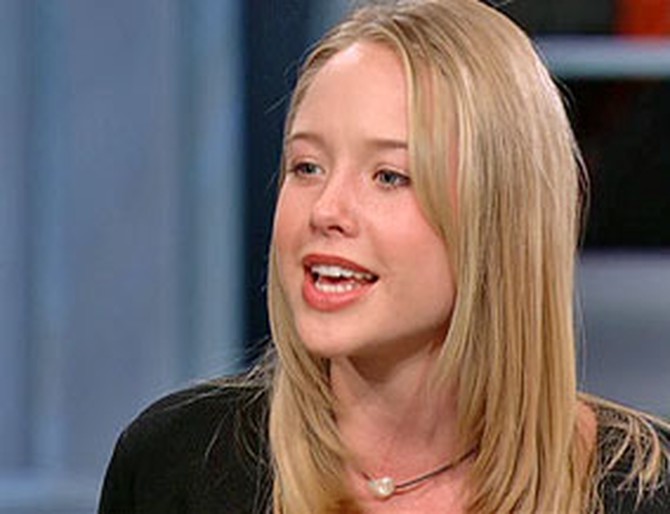 Made up as a black person, Rose, the Wurgel family's daughter, joined an African-American student poetry group. After they'd gotten to know her, Rose was set to host a reading for the group at her "home." Before the reading, however, she appeared before the group without makeup—she was her real Caucasian self. After initial shock, nobody in the group seemed to mind and the reading continued without incident.

Carmen, Rose's mother, moved by the group's openness, decided to address the group of teens. In the course of thanking one of the group's members, she said, "I'm moved by the beauty of this magnificent black creature."

"I feel like she always has to go there with someone to just leave that lasting insult," Renee said.

Carmen says she was trying to pay a compliment, and that the members of the group didn't seem offended by the comment. "There was quite a warm response after I had shared in that group," says Carmen. "It was just understood from a different perspective than what it was given." 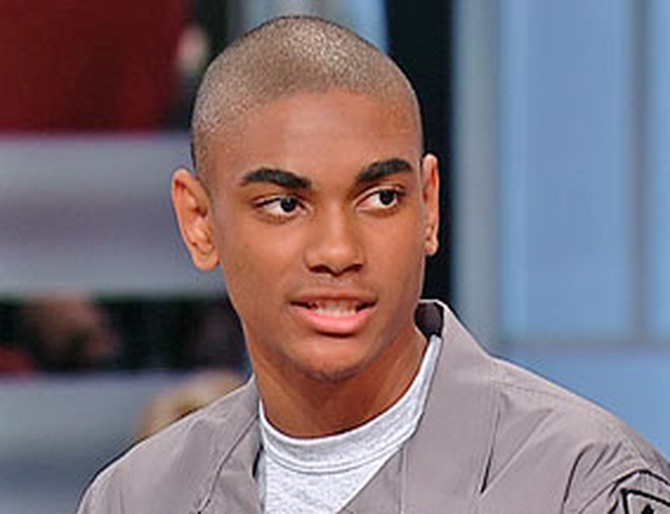 Nick says that his experience from the Black. White. experiment was an eye-opener about racism.

"I really don't try to pay attention or look too much into the racism. I don't feel comfortable about it," he says. "But after doing this project and paying attention and having people point it out to me, I just really see more of it now than I did before."
Published 02/16/2006
More The Oprah Winfrey Show
Loving Life
Royalty on The Oprah Show
Queen Rania's Tour of Jordan
Stories of Survival
Weight Loss All-Stars
Surviving the Tsunami
Little Geniuses on The Oprah Show
Oprah Honors Freedom Riders