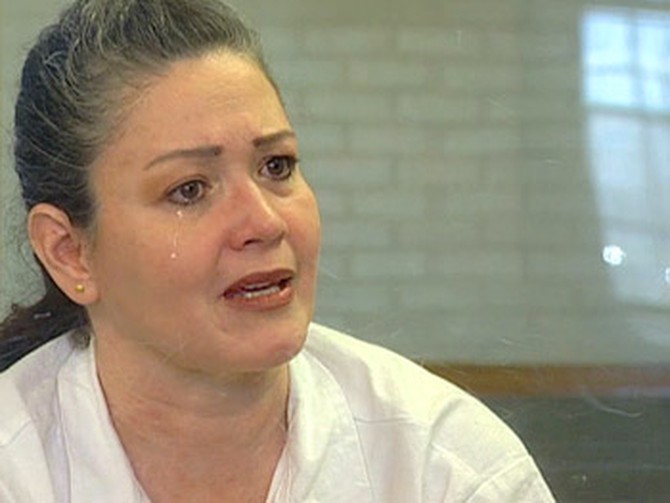 Hysterical, Clara lunged at Gail. The hotel security guard eventually pulled the two women apart and forced Clara and Lindsay to leave the hotel. In the parking lot, Clara says she realized that David must have ridden to the hotel with Gail. "All I thought in that moment was, 'I need to stop that car from taking him.'" Clara drove her Mercedes straight toward Gail's SUV. At the last moment, she says, she turned to the side to avoid hitting the car head on. "I was just expecting the car to stop right there where you park—that concrete little thing—I thought the car was going to stop there, but obviously it didn't." Instead, the car, she says, "picked up air." Clara says that Lindsay saw David turn back to stop the car. "That was David," she says. "He always thought he was such a macho man."

When Clara realized she had hit David, she says she "got out of the car like a zombie. I couldn't believe David was on the floor—I had just seen him running. I couldn't understand why he was just laying down, like nothing."
Published 04/28/2005
PREVIOUS | NEXT
More The Oprah Winfrey Show
Shania Twain Speaks Out
Excerpt from From This Moment On
Fugitive Susan LeFevre
Excerpt from Connect to Love
The Secret Life of Bees' Cast
Debt Diet Success Stories
Remembering Nelson Mandela: 1918–2013
Freedom Riders: Exclusive Clips