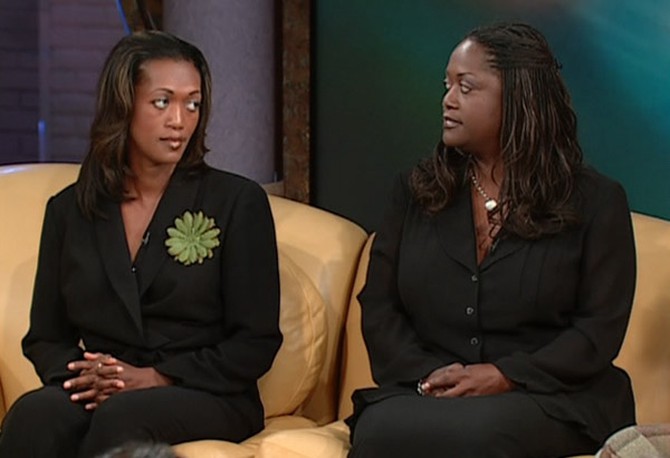 4 of 6
Vernetta says that when she was just 13 years old, after years of sexual abuse, her own father impregnated her. She says her parents then dropped her off at the hospital alone, where she gave birth to a daughter, Melissia. Vernetta kept the secret of Melissia's father for years.

"He was abusing all of us," Vernetta says. "There were five kids: one boy and four girls, and all of us got abused. By eighth grade graduation, I was pregnant, though I did not know it. So he sent me to the doctor when my mom went to work. When we found out [I was pregnant], he concocted a story in which I would lie and say I had [sex] with a boy. And I told her that until he left." Vernetta's father left the family several years ago.
Published 10/21/2004
PREVIOUS | NEXT
More The Oprah Winfrey Show
Favorite Things from the '60s
Ten Rules to Live and Love By
Paying It Forward
Jane Fonda's Life in Photos
First Daughters: Then and Now
17 Rockin' Artifacts
Music Goddesses
Women Serving in the Armed Forces