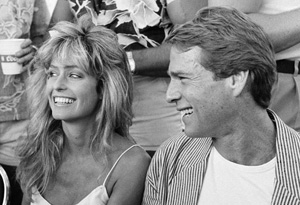 Photo: AP
She was a famous, feather-haired beauty. He was an Oscar®-nominated movie star. Together, they shared one of the most epic, roller-coaster romances in Hollywood history.

It was around 1980 when Ryan O'Neal met Farrah Fawcett—10 years after his life-changing role in Love Story and soon after Farrah ended her run on the hit TV series Charlie's Angels.

"I never saw two more beautiful, madly in love people in my life," says Ali MacGraw, Ryan's Love Story co-star. "It was electrifying to be in their orbit."

Ryan and Farrah officially became a couple in 1982 and were together for 15 years. During this time, Farrah gave birth to Ryan's son, Redmond.

In 1997, Ryan and Farrah went through a difficult, public breakup, but they didn't stay apart for long. They reunited in 2001 and stayed together until Farrah's death in 2009, closing the final chapter on their real-life, 30-year love story. 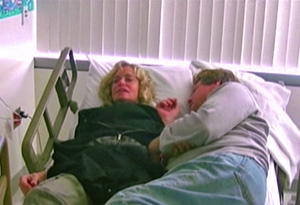 The prognosis seemed bleak, but Farrah continued to fight. She even documented her battle with cancer using a handheld video camera for the two-hour documentary Farrah's Story.

Aside from that moment, he says they never talked about "the end" or what that might bring. "She was just resigned to any outcome. It was never discussed," he says. "We didn't talk about a will or where she should be buried."

On June 25, 2009, Farrah lost her courageous battle and passed away. Ryan was with her until the very end. 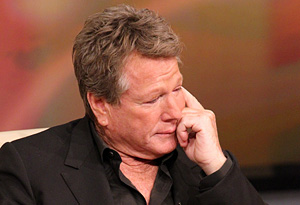 Photo: George Burns/Harpo Studios
Now, more than a year after Farrah's death, Ryan still has trouble talking about the great love of his life.

"You know that expression that time heals," Oprah says. "Does it get better with time?"

As for their son, Redmond  has been battling drug addiction and subsequent jail time. Now, Ryan says he's doing better. "He's sober, he's not in jail and he has his own little house," Ryan says. "He's making an effort to make [Farrah] proud." 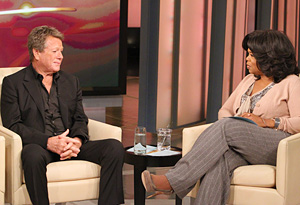 Photo: George Burns/Harpo Studios
Ryan says the final years of Farrah's life taught him something important—he picked the right girl. "I never loved her more than I did that last couple of years," he says.

That girl was once considered one of the most beautiful women in the world, but as Ryan says, she was down-to-earth and living her dream. "She was basically this simple girl from Texas who never expected to have this kind of career," he says. "[It was] so endearing."

One thing Farrah will always be remembered for is her signature, feathered haircut, a style Ryan says she wore for a specific reason. "I [asked her]: 'Why do you wear your hair like that? It's like a lioness,'" Ryan says. "I said, 'Nobody can see you.' And she said, 'That's why I do it.'" 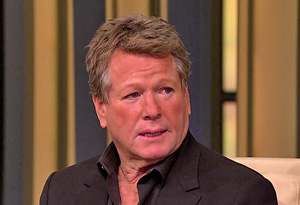 After spending almost 30 years with Farrah, Ryan shares what he learned about love.