Inside a Marriage Behind Bars 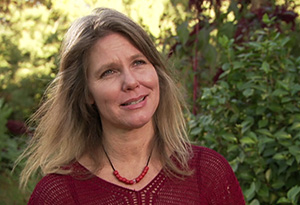 Love knows no boundaries—even in maximum security prisons. In the United States, inmates serving time are allowed to marry in all states except South Carolina and Delaware. Outside prison walls, there are more than 50 websites where women can find a husband who is incarcerated.

Tracy, a 47-year-old mother, never thought she'd find her soul mate behind bars. The daughter of an engineer and a real estate agent, Tracy says she had a happy childhood in San Jose, California. "Nobody worried about crime, and I always felt safe wherever I went," she says. "My parents were very strict. I didn't get into drugs or any of that kind of stuff."

After earning an accounting degree from community college, Tracy worked as an office administrator. She married and divorced twice and started exploring her spirituality to get to the root of her failed relationships. "My mom describes me as a wild child because I basically kind of broke out of the family mold and the family conditioning when I started on a spiritual path, so I do things that look unconventional to my sisters and my mom." 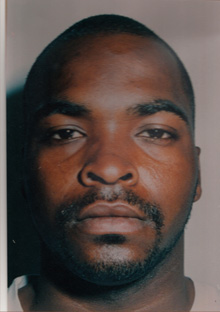 Elsewhere in California, Joseph grew up in a world of poverty, neglect, abuse and drugs. "I didn't know my father," he says. "When I was 6 years old, my mother went to prison for killing my brother's daddy."

Joseph and his brother, Mel, were sent to a foster home in Oakland before moving in with extended family. It was there that Mel says he and Joseph were sexually abused. "They had us to have oral sex with them. We didn't know what that was or meant or anything," Mel says. "We finally realized when we grew up that it was wrong, and that was a terrible experience for us."

As a teen, a homeless Joseph lived in abandoned houses with no running water. "You see murders, rapes, robbery, and I just learned how to just cut off my feelings," he says. "I started selling drugs around 12 or 13. My heart started just growing colder and colder over the years. I got arrested numerous times for possession and going in and out of juvenile hall."

At age 19, Joseph made a fatal decision. In January 1997, police say Joseph and two other men stormed a rival drug dealer's apartment in San Diego. There were five people in the home. Witnesses say Joseph held them at gunpoint and forced them to lie face-down on the ground. Witnesses say they begged for their lives, but Joseph shot them execution-style. Police found two people dead. Two others lived, but suffered from multiple gunshot wounds. Another woman was beaten and barely escaped alive.

The prosecutor at Joseph's trial deemed the murders the "Super Bowl of crimes" and recommended the death penalty. Defense attorneys argued that Joseph's childhood led him to a life of crime. With a deadlocked jury, Joseph received a lesser sentence—life without the possibility of parole. 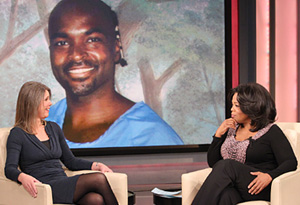 Photo: George Burns/Harpo Studios
A twist of fate in a maximum security prison brought this unlikely couple together. At California State Prison in Sacramento, Joseph was part of a men's group that helps inmates work through past issues. Tracy was part of an African dance troupe asked to perform at a celebration for the men's group. "I don't know anybody in prison. I don't know anybody who knows anybody in prison," she says. "I was going in as a service to do this dance."

Before the performance started, Tracy says Joseph struck up a conversation. There was an instant connection, but Tracy says it wasn't love at first sight. "I had no intention of getting involved with anybody in prison," she says. "He was an attractive man and I felt the connection, but it was like, 'I'm not going there.'"

As Tracy was leaving, she says Joseph asked her to hold out her hand. "He held his hand above it and he [pretended to drop something] and he said, 'I'm giving you my heart,'" she says. "For somebody in that position to be so vulnerable, to do that with someone they felt a connection with, it made an impression."

Joseph, who calls in from prison to speak with Oprah, says he couldn't help himself. "I just knew she was the one," he says. "Me being in prison wasn't even on my mind. I just knew that I wanted to be with her." 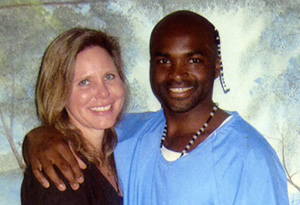 Tracy says she thought about Joseph a lot after their first meeting, but she didn't talk to him again until her dance troupe returned to the prison one year later. "We connected again and we started talking, and I said I was ready to start writing him letters," she says. "I was going to treat it like any other relationship. If he wasn't [the] things that I had in mind that I wanted in my personal relationship, then it was going to be done."

At first, Tracy says she didn't know what Joseph did to end up in maximum security prison. "The person that I saw, that I met that day at the dance, was the person that I connected with," she says.

Looking back at his crime, Joseph says he feels remorse. "I was 19 years old," he says. "I was just walking around like a zombie, so I didn't feel like I was living. It kind of feels like not me."

Joseph says he's a changed man since meeting Tracy. "She just gives me the faith to just be me. I can be silly. I can be crazy," he says. "She loves me. I really didn't know what love was. She scared the hell out of me because of the love, and her heart is so open I have no choice but to think about other people. She gives me the strength to just grow." 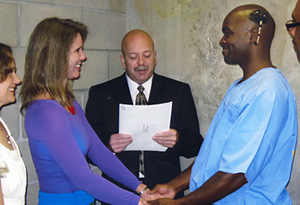 Though they're husband and wife, the prison system will not allow Tracy and Joseph a conjugal visit. "They call them 'family visits' now," she says. "We expect the system to change."

Tracy and Joseph's relationship will continue to revolve around phone conversations and prison visits, but Tracy says getting married was absolutely necessary. "The marriage, to me, represented more of our spiritual path that we share together," she says.

After committing double murder, critics may say Joseph doesn't deserve to be happy. "The things that I've done in my life, I don't think that I deserve anything. But I believe that God or spirit or whatever you want to call it is very forgiving," he says. "I know people don't understand that. But I deserve it because I went through the process of changing myself. I went through the whole process of looking at everything that I've done in my life and the things that happened to me, and I decided that I want to be happy, and I'm going to be happy." 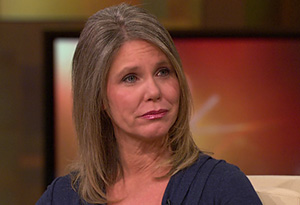 Tracy's mother is also unsure about the marriage. "She wanted me to change my mind and not get married," she says. "But the love between us is still there. I have my path. She has her path. And our love is always strong and will weather anything, including this."