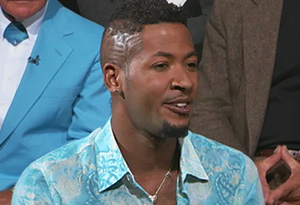 PAGE 12
Eugene Thorn grew up in Williamson and was 10 years old when Mike Sisco made headlines. Eugene's family and Mike's family were friends, and Mike even looked after Eugene when he was a child.

While Eugene says he's known he was gay since he was 6 years old, he didn't come out until he left Williamson. "You can be gay here in West Virginia, but it's more [of an on the down low] kind of thing. There's a lot of that here," he says. "I just had to go."

Eugene says Mike's public fight made it easier for him to come out and accept his true self. "[He's] a hero. It takes a lot of guts to get on The Oprah Winfrey Show and say you're gay in 1987," he says. "I'm an HIV positive guy. ... My family supports me; they love me. Nobody frowns on me; my friends know. And now the town will know."


Published 09/15/2010
As a reminder, always consult your doctor for medical advice and treatment before starting any program.