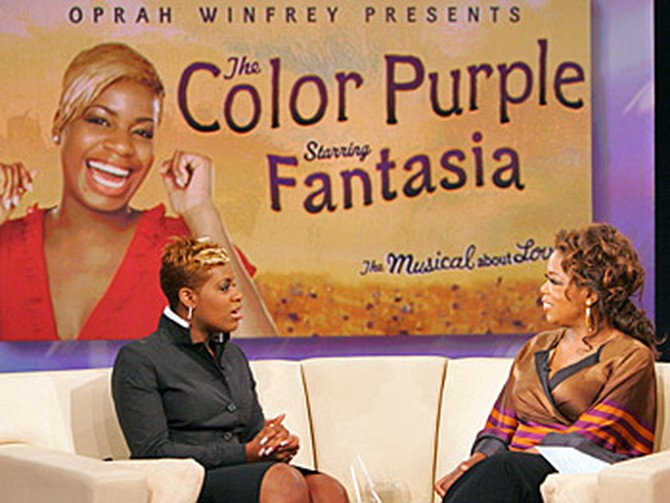 11 of 13
Fantasia is set to play the lead role of Celie in the musical The Color Purple beginning in April 2007. The Color Purple was the first musical Fantasia had ever seen on Broadway, and now it will be her Broadway acting debut! "It's such an inspirational play. I was crying. I was saying, 'Oh, Lord, I hope I'm not the only one crying,'" she says.

Fantasia says she can really relate to the character of Celie. "She went through so many things. She had people telling her she wasn't this, she wasn't that, she was ugly," she says. "But she still kept the faith, and she still kept her smile on her face. And at the end, she said, 'You know what? I may be poor. I may be ugly. But I'm here.'"
Published 02/28/2007
PREVIOUS | NEXT
More The Oprah Winfrey Show
Chris Rock Keeps Us Laughing
Chris Rock's Farewell Appearance
15 Favorite Funnymen
15 Most Frequent Celebrity Guests
Excerpt from Connect to Love
17 Rockin' Artifacts
Kody and Robyn Brown's Wedding Day
Music Goddesses