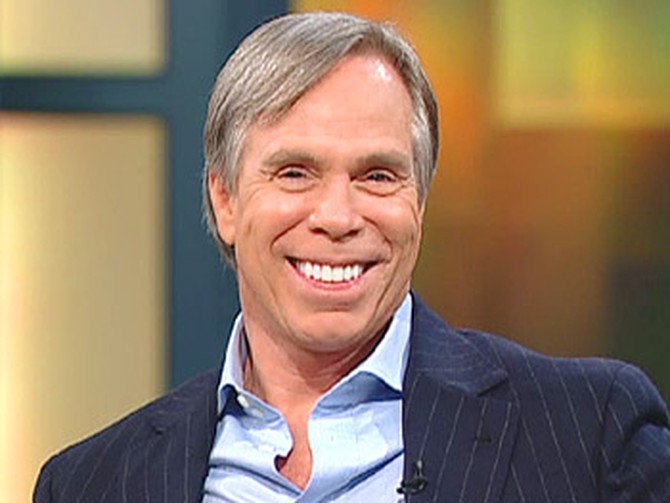 3 of 14
Tommy says his clothing company's intention has always been the exact opposite of what that rumor says. "I wanted to sell a lot of clothes to a lot of people," he says.

"It hurt my integrity, because at the end of the day, that's all you have. And if people are going to challenge my honesty and my integrity and what I am as a person, it hurts more than anything else," he says. "Forget the money that it has cost me."

Not only is he a fashion icon, Tommy is also the founder of a summer camp for inner city children and one of the driving forces behind the Martin Luther King Jr. Memorial Fund—a group dedicated to creating a monument to the slain civil rights leader in Washington, D.C. They're holding a fundraising concert on September 18, 2007, in New York City.

"The next time somebody sends you an e-mail or somebody mentions this rumor to you, you know what you're supposed say to them?" Oprah says. "You're supposed to say, 'That's a big fat lie.'"
Published 01/01/2006
PREVIOUS | NEXT
More The Oprah Winfrey Show
Thank You Note Etiquette
Stories of Survival
Paying It Forward
Surviving the Tsunami
Abused Women Speak Out
Oprah Honors Freedom Riders
Freedom Riders: Exclusive Clips
Queen Rania's Tour of Jordan