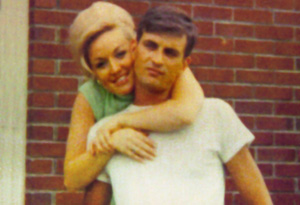 PAGE 3
Dolly and her husband, Carl, have been married 44 years."I met him the day I got to Nashville back in 1964," she says. "I wasn't a star then, so I've never had to worry that he loves me because I'm a star and I've got money or make money or whatever. I know he loves me for me, and that means a lot to me."

It's been rumored that Dolly and Carl have an open marriage, but Dolly says statements she's made in the past have been taken out of context. "That just means we let each other be who we are and how we are. But I'd kill him if I knew he was with somebody," she jokes. "We love people. He knows I'm a flirt and a tease, but it's harmless. I've never met the man that would take his place."

Dolly says respect for her husband's character is the reason Carl lives his life out of the spotlight. "Early on in my career, I'd won [Song of the Year] in 1966, and I asked him to go with me. ... He was so uncomfortable," she says. "He said: 'Now I want you to do everything you want to do. I want you to enjoy every minute of your life. But don't you ever ask me to go to another one of these things. Because I am not going.'"

Dolly says she never asked him to make another public appearance. "He's proud of me. He's just basically shy about things like that. He doesn't like crowds," she says. "And I respect his privacy. I respect the fact that he loves to be out of the limelight. That's one of the reasons I think we've lasted so long."