The Secret Lives of Geisha 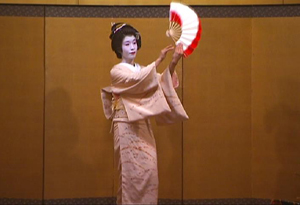 Within the ultramodern culture of Tokyo lies an ancient tradition shrouded in secrecy and full of intrigue—the art of being a geisha.

Geisha translates to "a person of the arts." For nearly 400 years, the life of a geisha was highly coveted for Japanese women. One hundred years ago, there were 80,000 geisha in Japan. Today, there are only 2,000 who uphold the strict traditions of this unchanged, fascinating world.

To become a geisha often meant years of intense training—sometimes from childhood—in the quest for artistic beauty in music, dancing, tea ceremony and conversation.

For centuries, geisha were highly paid companions to elite wealthy men. Today, they perform mostly for businessmen and tourists. Whether pouring tea or making conversation, a geisha always acts as the perfect hostess.

While some were paid to meet a man's sexual desires in the past, this is not the case for modern geisha. They may play the part of perfect Japanese women, but they are not prostitutes.

Oprah Show correspondent Lisa Ling traveled to Japan to get a glimpse into this secret society. 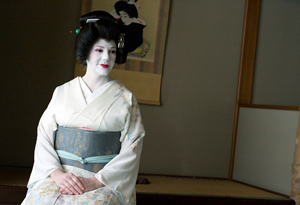 Fiona Graham was born in Australia and has a PhD from Oxford. She attended high school and college in Japan, and returned as an anthropological filmmaker years later to study geisha. "In order to research geisha, I really needed to become one," she says. "It started out as a documentary proposal. But as time went on, it got more serious and in depth, and I decided to continue."

Now Sayuki, she is the only white woman to ever become a full-fledged geisha in Japan. 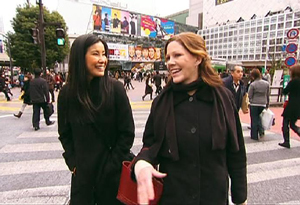 Sayuki says it took her three years to perfect the art of geisha. "Everybody knows that to become a ballet dancer takes an incredible amount of training, and obviously a geisha is the same," she says.

Sayuki spent a year training under the close eye of her geisha mother. "In the beginning, you have to do everything that your geisha mother tells you," she says. "It takes years to really get a very good judgment."

Geisha not only become artists in dancing and performance, they must also master the art of hosting. "You also need to be able to transform the atmosphere in a room and understand what kind of customers you have and what they want to get out of the evening and facilitate the conversation, facilitate the evening so that everyone has a really enjoyable time," she says. 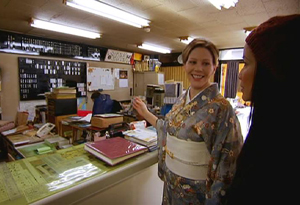 There used to be 42 geisha districts in Tokyo. Now, there are only six. "I wanted to make sure that this fantastic world survives into the modern age," Sayuki says.

Sayuki takes Lisa to a geisha office in Asukusa, where a board lists the names of each geisha and her assigned tea house. "Sometimes the tea house owners call the geisha. Sometimes it's the geisha's own customers who contact the geisha. And sometimes people call the geisha office," she says. "But there's new ways of doing things. People can contact me through my website, and a lot of people do that."

Geisha of all ages remain in demand. "The oldest geisha in Japan is 98, and the oldest in my district is 87 and she is out at banquets all of the time," Sayuki says. "Some of them have had more than 60 years of experience entertaining customers, and they're absolutely hilarious. They've got so much wisdom and so many funny things that they can talk about, and they can talk about an entirely different world at the time that they debuted when they were just 11, in some cases, or 15 in others." 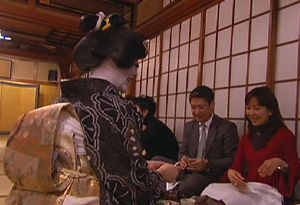 Sayuki says her fee starts at $350 for an engagement. Much of her income goes to buy the expensive, hand woven kimonos. Some cost as much as $13,500.

While in Tokyo, Lisa followed Sayuki to one of her paid engagements. "It's a kind of private entertainment of the kind that might have happened in the days of Bach or Mozart, who would be called out by nobility to entertain," Sayuki says.

Watch a typical night for Sayuki.

During a banquet, Sayuki says she greets customers and talks to them throughout the night. "At some point during the banquet, we get up and entertain, and the younger geisha usually are dancers," she says. "Some of the geisha are musicians. They play the three-string lute, or like myself, they play the flute or they sing."

Sayuki says men and women now attend banquets to experience the hospitality of geisha. "I think the geisha is the Japanese ideal of the perfect woman in many ways, and it's a kind of makeup and kimono," she says. "It's been perfected over 400 years, and it is breathtakingly beautiful to see a geisha in full regalia for the first time."

Sayuki says she's never been asked to do anything she doesn't want to from a customer. "The perception is that geisha engage in prostitution if the price is right," she says. "Sex has never been part of the geisha's job."

If geisha decide to have a relationship with a customer, Sayuki says it is not because of any professional obligation. "Geisha women, like any other women, fall in love and they might have affairs, but it's never, ever part of the job," she says. 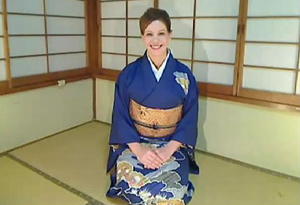 Lisa says what Sayuki has accomplished is quite incredible. "[Tokyo] is one of the most hypermodern futuristic cities in the world, but she's existing in 17th-century Japan," she says. "It's pretty extraordinary that she's able to do that."

Sayuki says she's proud to bring a touch of the ancient art of geisha to the modern world. "I think it's a good thing for geisha to be more involved in the center of modern life and more visible to young Japanese women today."