Inside the Life of Nicole Kidman 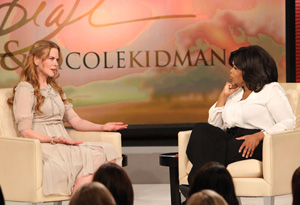 Photo: George Burns/Harpo Studios
PAGE 5
Not only is Nicole starring in Rabbit Hole, she's also producing for the first time. For her, the film is a labor of love. "It took us four years to get it made, and I'm just so glad we got it made," she says. "In some way, it's like reaching out to the people that have gone through this or are going through it, and in any way, shape or form losing somebody."

Rabbit Hole is also significant to Nicole because she says there aren't enough films made about families, especially ones with a dark sense of humor. "It's deeply moving, but it's very funny, which seems odd," Nicole says. "Families can be very funny, particularly when they're put into traumatic situations."