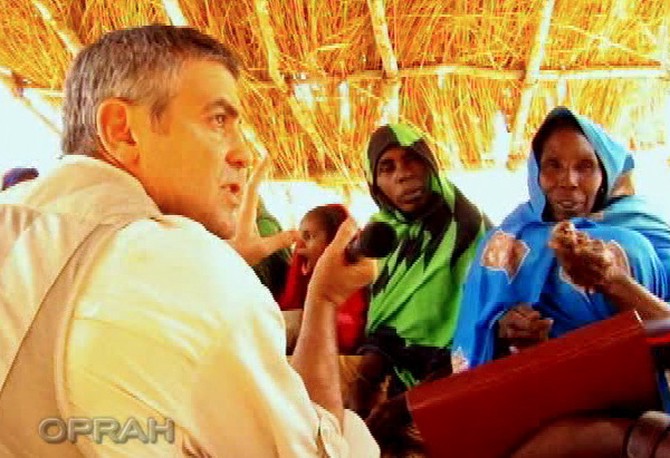 9 of 15
George says the situation in Sudan is grave. "We've all seen these images forever on television late at night. It's all of those things you imagine...and it's so much worse. There's absolute hopelessness," he says. "If you are lucky enough to get away from rape and murder and get to a refugee camp, there's security every night you have to worry about."

What is George's hope for this deeply troubled corner of the world? "Your hope is [that] they can have a decent night's sleep and some food and some shelter—just human dignities," George says. "I don't know if that's necessarily possible, but first and foremost I want whatever it takes to make them safe. That's our job as human beings."

"I would say our humanity is at stake in this crisis," Oprah says.
Published 04/26/2006
PREVIOUS | NEXT
More The Oprah Winfrey Show
Lisa Ling's Most Extreme Adventures
Ricky Martin's Mission
Royalty on The Oprah Show
Winning the War at Home
The 25 Campaign: Invisible Children
Issues Facing America: The '60s
Clayton's Survival Story
The Bravest Families in America