Iyanla Vanzant: Back from the Brink 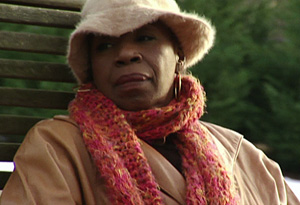 PAGE 12
How did Iyanla begin to move forward? "I rent instead of own. I shop at Wal-Mart. I do a lot more of my own cooking," she says. "I have a new normal. I have a lot fewer needs. I have absolutely no savings. I wouldn't say that I'm broke. I would say that I'm working class poor. I don't look like I'm dying of starvation."

Iyanla now fills her life with things she says are more fulfilling, like scrapbooking and making her own soaps, which she sells locally. "It's something that I do not do to become rich and famous but simply for the joy and the peace of it," Iyanla says.

These days, Iyanla says she has "peace on the inside and the outside." "Before I think I had it on the outside, but there were rumblings on the inside," she says. "So I learned what to do to keep myself peaceful." Instead of living from check to check, she's living prayer to prayer.

"I don't need a check," she says. "I got a God, and that is the peace that allows me to be okay right here right where I am."