25 Years of Gay Issues on The Oprah Show 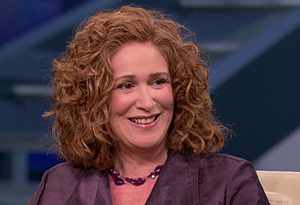 PAGE 8
Jodie, a trained psychologist and certified life coach, says she watched Chris and Joe on The Oprah Show in 2006. "I remember thinking, 'How did they not know?'" she says. "'How did they go through the marriage without knowing that they were gay?'"

Her life to that point was just as she'd always dreamed it would be: She was married to her husband, Charlie, for 10 years, had two young daughters and a home in the suburbs.

Then, at a professional retreat, Jodie met someone else—named Kristine. Jodie says she had never thought she was gay until meeting Kristine. "I had never felt this way about another person before in my entire life," she says. "I couldn't figure it out. Like, I wanted to be near her but was scared to be near her. It was all very confusing."

After seeing another episode of The Oprah Show on sexual fluidity, Jodie says she was ready to tell Charlie the truth.

More The Oprah Winfrey Show
Everything Is Interrupted
Excerpt from Transition: The Story of How I Became a Man
Becoming Chaz Bono
Little Geniuses on The Oprah Show
Excerpt from Connect to Love
13 Memorable Cast Reunions
Ten Rules to Live and Love By
Ali MacGraw's Timeless Style