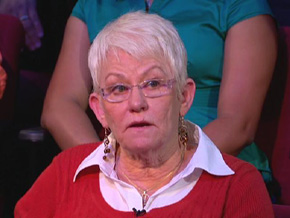 PAGE 6
Mary, Natalie's mother, says she didn't raise Kim and Matt to hate Eric. "It's because of my faith. Because when you give thanks to God, God carries [you]. And He gave us peace," she says. "[Natalie's] in heaven, so I have a lot to be thankful for."
Mary says she doesn't believe Eric's story, but she still forgives him. "I pray for you that you ask God for forgiveness, because that's where it's all at. And I ask everybody to write the governor to stop the death penalty because we're not here to judge. You deserve to be in jail, but we don't want you to die."