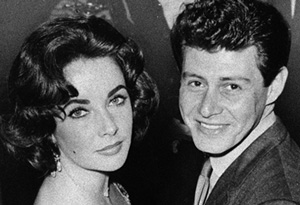 Photo: Associated Press
PAGE 6
Though Debbie didn't believe in divorce, she says Eddie and Elizabeth guilted her into the divorce. "That was the way to get the divorce," Debbie says. "They didn't need a divorce. They could just go ahead and screw."

When the story broke, Debbie says her home was under siege by reporters and photographers. "There was about a hundred press in the front yard," she says. "They wanted for me to say something [about] what did I think about Eddie leaving with Elizabeth. Well, I didn't think it was really right so really I feel that I was guided by God."