An Update on Carol 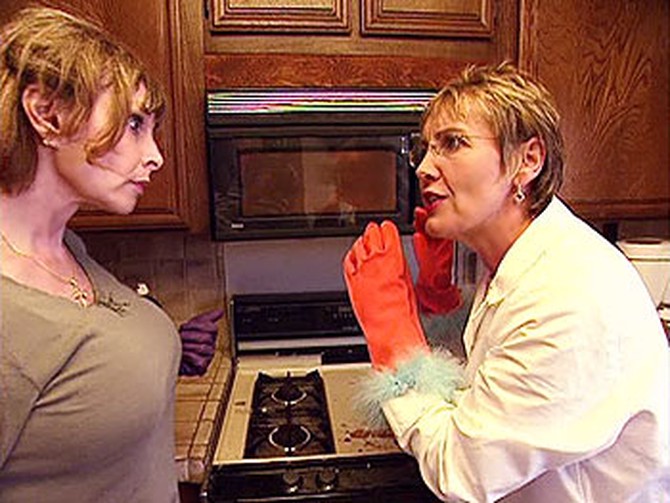 This recent guest had viewers talking! Months ago, Carol bravely opened her home and revealed her unimaginable secret life to our cameras. And what we saw left us all gasping.

Despite her put-together appearance, Carol's home was completely out of control. Even Kim Woodburn and Aggie MacKenzie, expert cleaners and hosts of the television show How Clean Is Your House? , were floored by what they saw. In Carol's home they found bird poop on the banister from Carol's pet birds, dog urine and feces all over the bathroom and even in Carol's bed, maggots in an unclean cooking pot, rotting food in the refrigerator, plates and napkins strewn all over the house and a bathroom "that would make a frat boy blush."

With elbow grease and a team of professional cleaners, Carol's home was brought back to a level of cleanliness.

Though Carol's house makeover started out in the spirit of a helpful hand, one could sense that the clutter and filth were just the tip of the iceberg. Despite the work of Kim, Aggie and their team, it wouldn't fix whatever had caused Carol's house to be that way in the first place.

To get to the root of the mess, we enlisted Dr. David Tolin, founder of the Anxiety Disorder Center at Hartford Hospital's Institute of Living and an expert on compulsive hoarding. "A lot of people with compulsive hoarding describe their thinking as being every bit as cluttered as their homes are," Dr. Tolin says. "It feels like chaos and a mess in [their minds]." 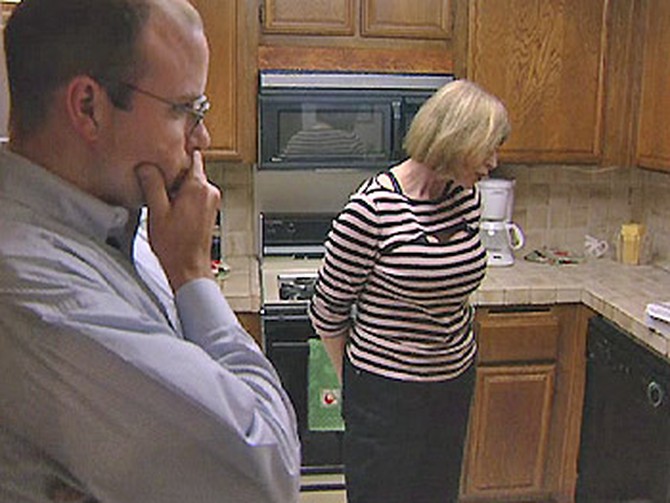 Months after they first appeared on the show together, Dr. Tolin went to Carol's home to investigate her situation, one-on-one, and to work on her hoarding problem.

At first glance, it appears that Carol was able to keep her house relatively clean. In fact, the living room and dining room appear remarkably unchanged since the cleaning crews left. 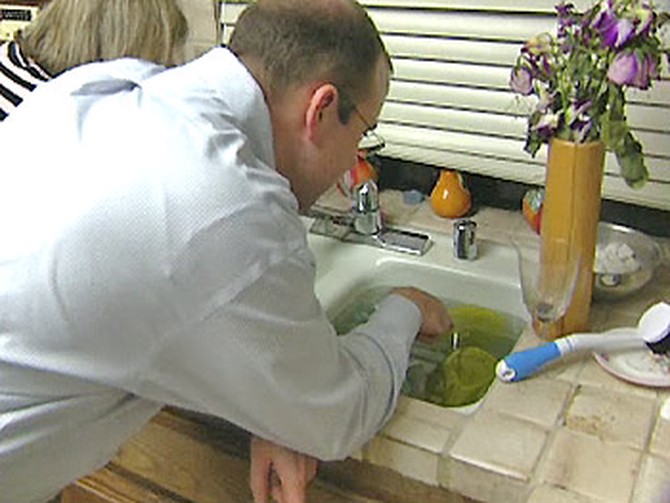 Carol's bedroom was in disarray. The floor was covered with papers and magazines, the bed was littered from top to bottom, and food—both human and dog—was strewn about.

Carol's kitchen, which had taken our crew more than eight hours to clean, looked okay on the surface. But when Dr. Tolin started investigating, he found signs of unsanitary conditions: dead bugs floating on dishes stacked in the sink and the refrigerator full of moldy food. In fact, a pizza box on the counter left by The Oprah Winfrey Show camera crew the last time they were here—months ago—had attracted bugs.

And who could forget Carol's bathroom in which the shower was full of dog feces? Dr. Tolin found that the dogs had reclaimed the bathroom for their own use. 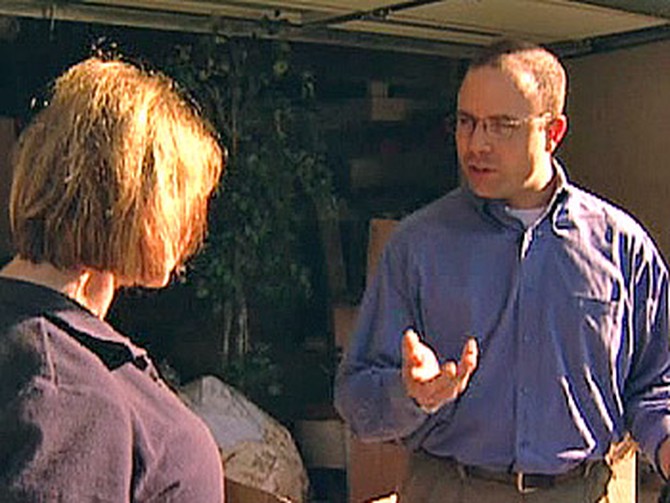 But that wasn't all! Later that day our crew made a surprising discovery. There were two rooms we didn't see on our first visit. Carol's office and garage were literally packed to the ceiling from a lifetime of hoarding.

Dr. Tolin asked Carol for an in-depth interview. He started with questions about her hoarding problem.

Dr. Tolin: Do you ever have times when it's hard for you to throw things away?

Carol: I don't believe in throwing things away or wasting things.

Dr. Tolin: What do you think would happen if you just got rid of some of those [things]?

Carol: I will grieve for a day or so and kick myself around for another day or so. 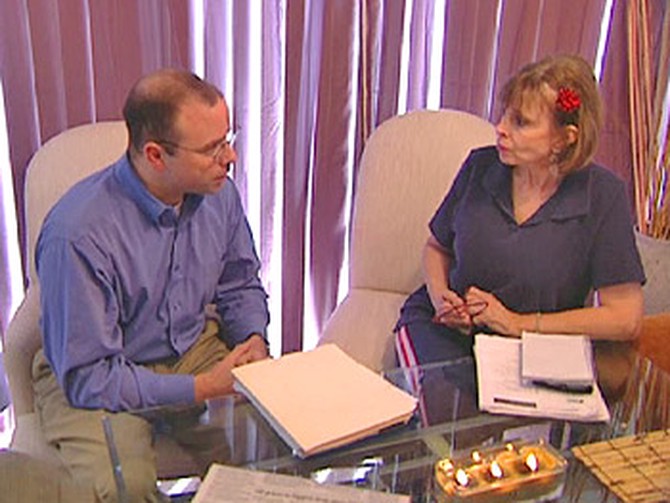 Dr. Tolin digs deep into Carol's past to find out why she allowed her house to get so out of control. Carol says that she has suffered several severely traumatic experiences. She says she believes one of her husbands raped her on their wedding night. She says that when she was working as a real estate agent, she lost part of a finger in a struggle with an armed invader in a model home. And just two years ago, Carol says she was told to give her dying mother morphine to help her breathe better, which killed her. 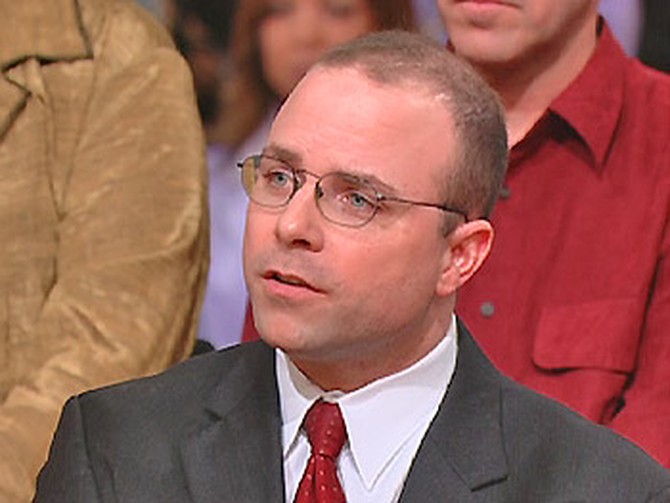 As hard as it is to understand, Dr. Tolin says Carol's hoarding stems from her perfectionism and is not a case of laziness or unwillingness to clean. Carol even says that when she was married she was an extremely conscientious housewife.

"This is a case of perfectionism taken to an extreme," Dr. Tolin says. "Imagine perfectionism taken to the point where the person becomes paralyzed. If you listen to what Carol's saying, she says, 'I don't know where to start. It's overwhelming.' If you imagine picking up something in your hands and feeling, 'This is so important that it would be terrible, terrible, terrible if I made even the slightest mistake about this.' A lot of people find it easier just to put it down and walk away."

More from Dr. Tolin:
Published 05/06/2005
More The Oprah Winfrey Show
Inside a Hoarder's Home
Peter Walsh's Stripped Down Family Challenge
The Road to Recovery
Art by Kim Noble and Her "Alter" Personalities
10 Memorable Harpo Hookups
First Daughters: Then and Now
Iyanla Vanzant: Back from the Brink
Tour Celine Dion's Home