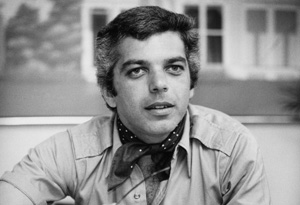 Photo: Sal Traina
PAGE 2
Though Ralph loves his Colorado retreat, he spends the majority of his time in Manhattan, the city where he founded his $10-billion fashion and home empire.

Born Ralph Lifshitz, this son of Russian immigrants was raised in the Bronx, New York. Ralph began working in fashion when he was in his 20s, and in 1967, he came up with the idea that launched his career—a new men's tie design.

"I felt that I had something to say that was different," Ralph says. "No one believed me, of course. I went to my boss and I said, 'Look, I'd like to design these ties because I think they could be new.' He said, 'The world isn't ready for Ralph Lauren.' I never forgot that because ... I thought that was a compliment."

How Ralph began his career

Though Ralph had no formal training, he started designing wide, high-end ties, which were the opposite of the skinny ties in style at the time. The ties flew off shelves, and later that year, he started his own fashion company. He named it Polo.

"I couldn't call [the company] 'Basketball,'" he tells Oprah. "I like sports. I felt that Polo represented, sort of, an international sport. It was a little more sophisticated."

In 1971, Ralph turned heads again with a collection for women that featured tailored shirts and sportswear made with men's fabrics, an idea ahead of its time. That same year, he became the first American designer to open his own free-standing store, and in 1972, the signature Polo sport shirt made its debut.

Then, in the early '80s, the man who ruled the runway made history when he became the first fashion designer to launch a home line. Today, the Ralph Lauren brand includes furniture, fragrances, fashion for children and Oprah's favorite restaurant in Chicago, RL.