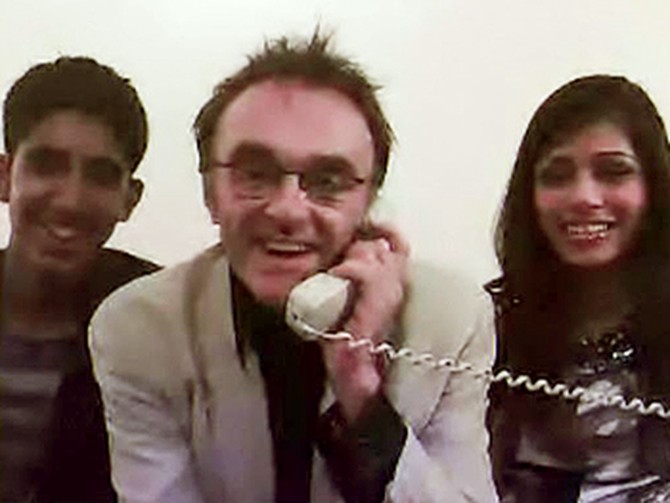 7 of 8
Slumdog Millionaire director Danny Boyle is Skyping in to The Oprah Show along with stars Dev Patel and Freida Pinto. Danny says he's surprised at the word-of-mouth success of the film, but he says it's most likely to because people want to root for Jamal. "It's kind of the the universality of the story," he says. "It's a kid from nowhere, the poorest kind of background, and he goes through all this adversity to find his dream."

Filming in the crowded streets of Mumbai was difficult, Danny says, but it also afforded the movie some unexpected advantages. "It was a challenge, but a wonderful one really. It made us come up with all sorts of ideas like using small [handheld] cameras. ... We could almost film in secret, which is a big help in such a crowded place."
Published 01/26/2009
PREVIOUS | NEXT
More The Oprah Winfrey Show
President Barack Obama and First Lady Michelle Obama
President Barack Obama's Birth Certificate
A New Day
The Bush Family Through the Years
Tour the Bush's Crawford Retreat
First Daughters: Then and Now
First Lady Fashion: Michelle Obama
Adopting Orphan Elephants