Some of the most beloved characters in television and movie history have been reunited on The Oprah Show—look back now! 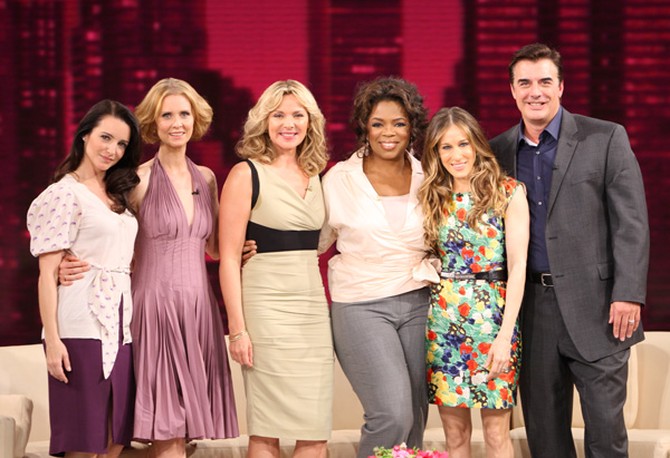 7 of 13
Sex and the City
For six seasons, fans followed the fictional lives of Carrie Bradshaw and her three best friends on the HBO series Sex and the City. Millions tuned in every week to see what New York City's sexiest ladies were wearing, drinking and chatting about over brunch.

Fans thought they'd heard the last from Carrie, Samantha, Miranda and Charlotte, but after four years, two months and eight days, this fabulous foursome came together on The Oprah Show to talk about reprising their roles on the big screen in Sex and the City: The Movie.