Some of our favorite titles are streaming this fall. Read them in the original book version, then watch them on your TV, tablet or computer
By Mark Athitakis 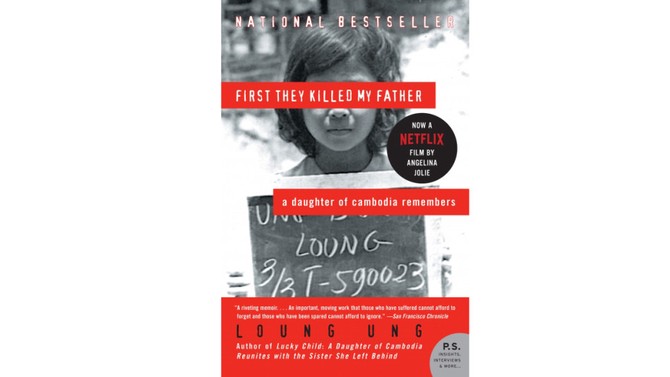 First They Killed My Father: A Daughter of Cambodia Remembers
By Loung Ung
280 pp.; Harper Perennial

Chronicling the horrors of Cambodia's genocidal Khmer Rouge regime, First They Killed My Father focuses on Loung Ung's harrowing trek from a privileged daughter to a child soldier under Pol Pot. Director Angelina Jolie, who adopted her son Maddox from Cambodia in 2002, shot the film version on location and co-wrote the script with Ung, including unflinching depictions of labor camps and mass murder. But the brutality of the original memoir is hard to imitate, mostly due to Ung's voice. Within a year, she went from a happy 5-year-old to near death from starvation: "I can count every rib in my rib cage…" she writes. "The flesh on my feet is so swollen it glistens as if it will pop open." Years later, her every action is haunted by visions of death, as when she looks up at the sky. "They hover over me, these cloud-skulls, glaring at me with their invisible eyes." (September 15, Netflix) 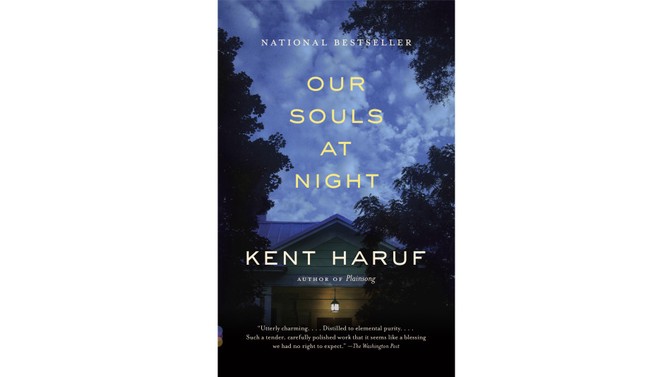 Our Souls at Night
By Kent Haruf
192 pp.; Vintage

The tender Western love story Our Souls at Night reunites '70s icons Jane Fonda and Robert Redford for their first film together since 1979's The Electric Horseman. The two play Louis and Addie, a widower and widow who scandalize their community by sharing a bed to get through their lonely nights. The novelist Kent Haruf, who finished Our Souls at Night shortly before he died in 2014, wasn't much for complicated sentences, and the strength of his novels—most of which are set in the imaginary small town of Holt, Colorado—is the spareness of his prose, clean and as full of latent energy as a country power line. As the couple talk about their losses, sacrifices and betrayals, their intimate brand of pillow talk develops into poignancy, as when Addie recalls losing her daughter: "I sometimes feel I can still talk to her. Her spirit. Or her soul, if you want to say that." (September 29, Netflix) 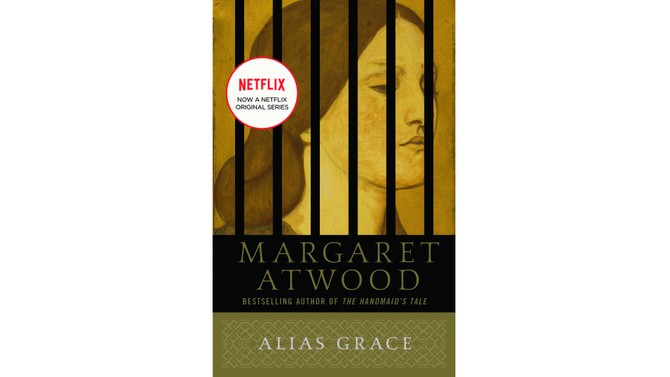 Alias Grace is the second TV adaptation of a Margaret Atwood novel to come out this year—the first, of course, was Hulu's version of The Handmaid's Tale. This time, our heroine is Grace Marks, a Canadian maid who was convicted of murder in 1843 and subject to all manner of sexist—or just plain dim—ideas about psychology and rehabilitation. Director Mary Harron knows her way around stories about patriarchy (I Shot Andy Warhol) and cold-blooded murder (American Psycho) but Atwood's 1996 novel is worth the read for its masterful collage of narrative styles—prison memoir, folk tale, 19th century letters, poetry and songs—all of which expose how clumsily authorities understood women, violence or both combined. (November 3, Netflix) 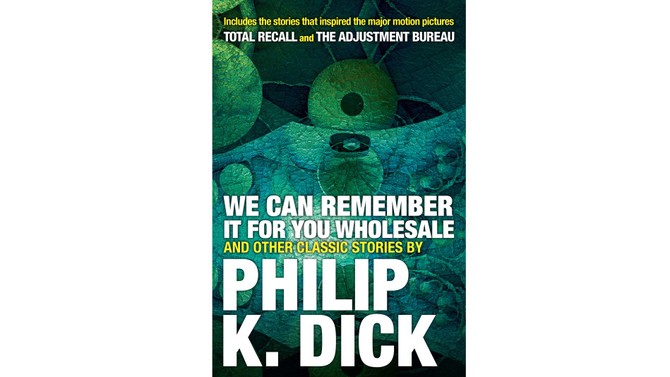 We Can Remember It for You Wholesale and Other Classic Stories
By Philip K. Dick
400 pp.; Citadel Press

This series is based on the prolific science fiction master Philip K. Dick's stories from the 1950s. Much of the fun in watching is seeing how well Dick anticipated the present decades ago. "The Hood Maker," for instance, reveals the lengths people will go to avoid surveillance, while "The Commuter" is a quirky, relevant commentary on the enduring challenges of suburban life. The original stories, however, reveal the lean style of Dick's writing. Though the trappings of old-school hard science fiction appear—vibro-rays and spaceships and intelligent robots—he is an author with a knack for weaving in sly, smart observations. "There's always some group that wants to lead mankind," one character says in "The Hoodmaker." "For its own good, of course." (Date to be announced, Amazon) 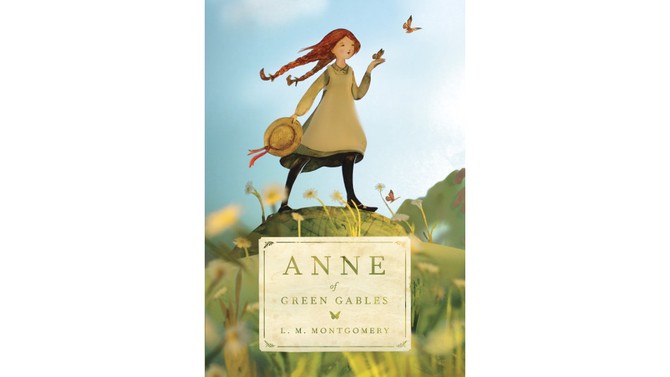 Precocious, redheaded Anne Shirley is a heroine with staying power: Montgomery's original novel was published in 1908 and it's never been out of print since, inspiring a steady stream of sequels, TV versions and films. Anne of Green Gables—The Good Stars, makes its American premiere on PBS this November. The show includes all the elements that have enchanted generations of readers: There's the verdant setting on Prince Edward Island, the comic hair-dye catastrophe and the ever-shifting nature of tweenage friendships and rivalries. The novel still draws readers in, however, due to Montgomery's ability to reveal children's inner struggles without condescension. For instance, she gracefully captures the way Anne's self-reckoning forced to reconsider her onetime tormenter: "To her secret dismay, she found that the old resentment she had cherished against him was gone—gone just when she most needed its sustaining power." (November 23, PBS) 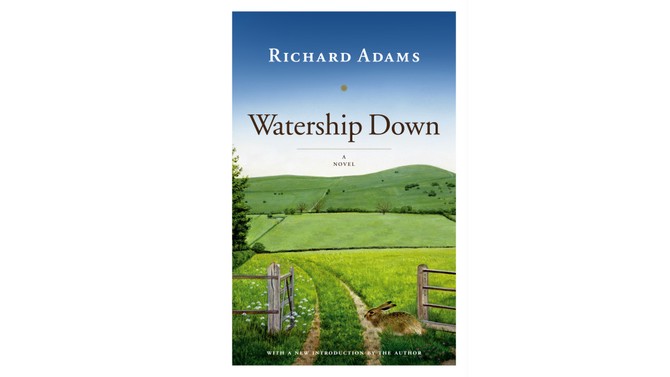 Author Richard Adams has said that Watership Down was just a "story about rabbits made up and told in the car" to amuse his children. But the truth is: his classic novel about a group of rabbits that make a harrowing trek to a new home to escape the rumbles of a developer's bulldozer is intense and panoramic. The four-episode animated miniseries out later this year, promises to tone down some of the book's more violent themes and stress its "epic adventure story." (The 1978 animated film version famously unsettled countless children and parents expecting a gentle tale about cute bunnies.) Adams' original book challenges readers in different ways—with references to myth and allegory and a lavish, imaginary language that still bewitches, from the hrududus (vehicles) that terrorize the characters to the owsla who run the warrens and the elil (enemies) who confront them. (Date to be announced, Netflix) 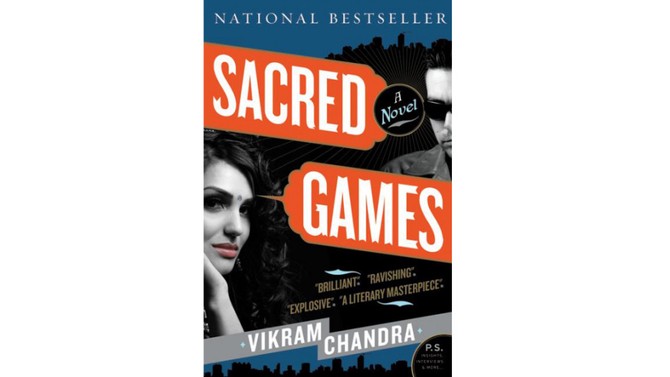 Chandra's novel about Mumbai's criminal underworld follows a Sikh officer, Sartaj, who is untangling a web of corruption spun by the city's savvy gangsters. The Netflix series is shot on location in India and stars veteran Bollywood actor Saif Ali Khan. But the brilliant 2007 book—which nearly clocks in at 1,000 pages—includes vivid portraits of Mumbai life, ranging from the slums to the compounds of the ultrarich, as well as forays into Hindi folklore, films, food and more. At heart, the book is an old-fashioned police procedural, but Chandra gracefully and boldly captures the nuances of an entire society. (Date to be announced, Netflix) 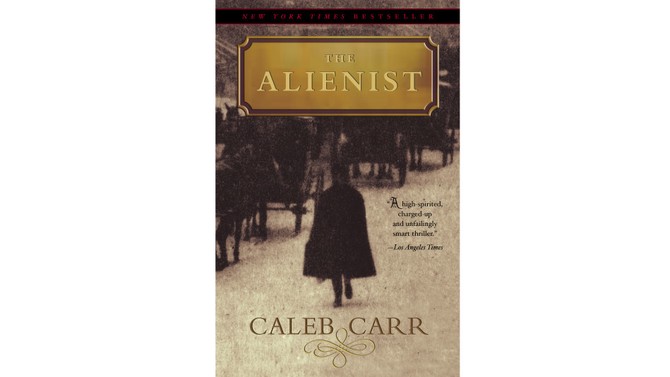 TNT's period crime drama, based on Caleb Carr's 1993 book, is rife with blood, sex and moody atmosphere. Set in 1896, Dr. Laszlo Kreizler is a psychologist (aka alienist), who's brought in by the police to investigate a string of grotesque killings of young male prostitutes in New York. The trailer for the series mixes shocking murder scenes with gumshoe investigations, as Kreizler travels from mental wards to high-society parties to crack the case. But Carr's original novel smartly integrates precise, historical detail into his storytelling, profiling of captains of industry like J. Pierpont Morgan and law-and-order men like Teddy Roosevelt, then the city's police commissioner. A fascinating read. (Date to be announced, TNT)
Published 09/11/2017
More Books
The Best Books Coming to a Theater Near You
The Best Memoirs of a Generation
QUIZ: What's Your Reading Personality?
The Best First Lines from New Novels
The Best Lines from New Books
Self-Help Advice You Haven't Heard Before
Award-Winning Books of 2016
12 Pieces of Advice from the World's Best Writers