11 Things Every Woman Should Write Down Before the Year Ends

There's no better way to celebrate the rich, full life you've lived so far—and the big, bright future ahead—than telling your story. Below, a few ideas to get you started.
By Amy Shearn 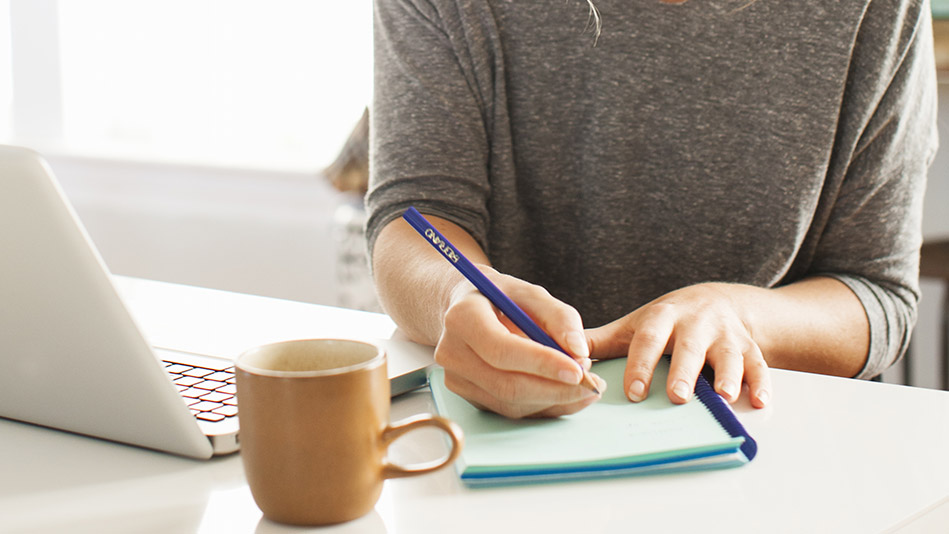 Most of us know our disappointments by name. But what about your life has turned out to be bigger, brighter, sparklier than you ever would have imagined? What would make 14-year-old you delighted, if not disbelieving? Maybe you have the job you never thought attainable, you prima ballerina/pilot/bakery owner/astronaut you. Maybe you have the greatest husband in the world, or seven cats, or a late-discovered but amazing faculty for acquiring new languages. Escribe, por favor.

Right now, write down the name of the book you're reading and the last movie you saw. Keeping a list of all the books you have read and movies you have seen will help you remember where your mind has been and also, over time, will reveal your changing tastes and moods. Like any journal, the list will start to show you your own patterns. It must mean something, for example, that every 10 years you go through a vampire stage, then a poetry palate cleanser, before diving into some classics. And if you keep a list, you won't ever have to reread the first hundred pages of Finnegans Wake before realizing why things seem so familiar.

3. The Mistake You Never Want to Make

Once, while hiking the rim of the Grand Canyon, my husband and I saw a parent flipping out at his sulky child, shouting (as we now repeat daily), "You're ruining everything, Mr. Complainer!" We didn't have children, so of course we thought this was hilarious—the kind of parenting error we would never in a million years commit. The dad was too irritated to see how his outburst made the child a thousand times less likely to stop complaining, bizarrely laying responsibility for how fun the entire vacation was, possibly the vast Grand Canyon itself, on the kid's grouchy little blond head. Now that we have a couple of Mr. Complainers ourselves, we use it as a cautionary tale; when whininess eats at our eardrums, we remind each other, "Don't 'Mr. Complainer' him, okay?" Maybe yours is a life-level whoops you never want to commit—your sister's bad marriage, your best friend's ill-suited career path—or a smaller matter, like having witnessed at the next table over the horrors of a first date marred by a mouth-full-of-food talker. If it's an act you want to avoid, make a note of both the mistake and why it was so bad.

In your perfect world, what are you wearing right now? Why aren't you actually wearing it?

The mystifying thing about secrets is that everyone around you has one, but you don't know what it is. What's the secret no one would suspect about you? And, as Martha Beck suggests, ask yourself, Does knowing this information make my inner life feel brighter or darker?

6. The Most Unexpected Compliment You Ever Got

I will never forget the day in high school when I was driving somewhere and my friend's cute older brother told me, from the backseat, that I had nice shoulders. I had never in my life considered my shoulders and certainly never, ever considered they might be nice. It was so unexpected and so unusual that I was forced to conclude it must be true. What was the most unexpected compliment you ever got? The time your co-worker said, "You know, he's really smart—like you"? The time your toddler heard Aretha Franklin singing and wondered aloud if it was you? Store it up for those times when you really need a random "Nice shoulders!" and the world is not complying.

You know the one—it's that line that makes even the worst day seem better.

8. The Best Surprise You've Ever Had

Whether it was a 40th birthday party you never saw coming or a family member who joined the crew in an unexpected way, life always has a way of shaking us up when we least expect it. Big or small, what surprise has warped your life for the better?

Without thinking too much about it, describe in as much detail as possible your perfect happiness. It can be a remembered instant of bliss or a ludicrous long shot, but whatever it is—a sunny picnic in a meadow, skydiving in Thailand—may offer a clue as to how to get happy in those moments when you really, really aren't. (As in, I know I can't nestle in a bed surrounded by books in the middle of a stressful afternoon, but maybe I can steal five minutes to reread a favorite paragraph of something.) And the act of lingering over each (possibly imagined) detail may just create its own tiny getaway.

Alright, now that we've covered the good stuff, let's talk about the biggest, most glorious, crashing-in-flames failure in your life. If you're doing this life thing right, it's probably almost too painful to admit, almost too difficult to record the depths you once found yourself in. The relationship you really wanted to work that crumbled beneath you, the graduate degree you never finished your thesis to earn, the dream job you almost, but didn't, get. If, as you write, you start to realize how this failure was not really a failure after all, but evidence of having taken a great risk and survived and learned, how it gave you a chance to see what you were really made of, great. But the epiphany is optional. The important part is just to write it down, to face it, to know it happened and that you lived through it—and just watch, see if you don't feel unaccountably lighter afterward (even if only slightly).

Does anyone else out there get stressed out by bucket lists? You know, you look at the list you stuck to your fridge, thinking it would inspire you, and instead you find yourself plunged into despair because you not only have no idea what to make for dinner but also are totally never going to skydive over the desert, and you know it. You don't even really want to anymore! Here's a revolutionary idea: Amend the Life List. Cross off skydiving if you like; just be sure to add something new. Maybe your idea of adventure has changed. Maybe you'd really rather learn to crochet bazonky-looking coral reef creatures. Write it down. If you give yourself permission to change your mind later, there's really no risk now, is there?

More O Magazine
3 Things You MUST Write Down This Month
How to Make Your Writing (a Little Bit) Better
Things to Stop Saying to Yourself This Year
2-Minute Journal Prompts That Inspire Real Change
Can a Writing Assignment Make You Happier, Healthier and Less Stressed?
6 (Easy!) Ways Anyone Can Become a Writer
10 Things That Should Never Stop You from Writing Your Story
7 Questions Every Woman Needs to Ask Before Her Next Birthday