Books That Made a Difference to
Josh Brolin 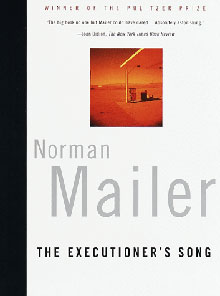 The Executioner's Song
By Norman Mailer

I remember that my mind and emotions were thrown all over the room the first time I read this book, and I still feel haunted whenever I think of it. I became so emotionally caught up in the story of Gary Gilmore, who was convicted of murder in the 1970s and sentenced to death. Mailer gives you the story of the guy from moment to moment. Gilmore knew that he'd done a horrendous deed, but he felt that the judicial system was not living up to what it espouses. He forbade his lawyers to appeal and forced the state of Utah to execute him. He basically said, "Why don't you say what you're going to do and do it?" I felt this great fluctuation between loving his principles and hating the man. More Books That Made a Difference
Josh Brolin stars as George W. Bush in the film W and appears in the film Milk. His documentary television series, The People Speak, will air in 2009.
From the October 2008 issue of O, The Oprah Magazine