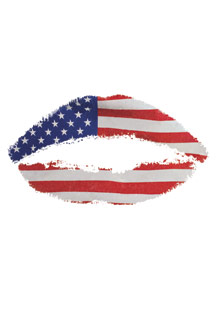 In 2008 we met 80 women hoping to get some big ideas off the ground. One year later, three of those ideas have taken flight. World, prepare to be changed.
At O, we may be all about the aha moment, but until last year's Women Rule! conference in New York City, we'd never seen so many of them happening at once. The 80 women having the insights were those who'd won our Women Rule! contest—cocreated with the White House Project, a nonprofit organization that gives women the training they need to advance in business, politics, and media. Chosen from more than 3,000 entrants, all were self-starters with one thing in common: the idea for an innovative project that hadn't yet taken shape. The women immersed themselves in three days of workshops, lectures, and coaching on everything from fund-raising to public speaking, and at the end, the scrimmage for business cards and e-mail addresses turned into a full-contact sport. Marie Wilson, the White House Project's president (and cofounder of Take Our Daughters to Work Day), understands the power of female networking. "At the conference," she says, "we gave the women the tools to push their ideas forward—and that's important—but the energy and encouragement they got from each other was the kicker for me. And it is every time."

A year later, three participants tell us how that energy put them over the top:

More Home
How 4 Career Changers Found Their Calling
The 4-Step Plan to Get Your Life on Track
8 People Who Made Their Dreams a Reality
Be Your Own Boss: 4 Must-Haves Before Starting a Business
When to Walk Away from a Business
What Makes a Good Work Life?
Working Spirit: Setting Boundaries
Where the Power People Find Power in Their Own Lives