Del Harvey, vice president of trust and safety for Twitter, polices a vast social media community, 140 characters at a time.
As told to Naomi Barr 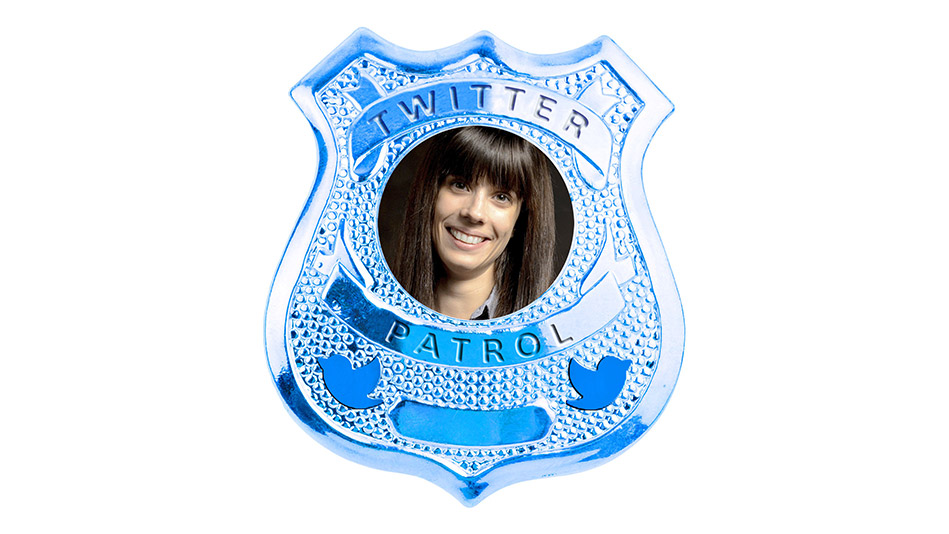 Photo: Courtesy of Twitter
On What, Exactly, Her Job Title Means
I keep users safe, with the help of my staff of more than 45. When someone violates a policy—for instance, by sending out spam or posting threats—we remove the content, suspend the account or, when we have to, work with law enforcement. Unfortunately, we can't read 500 million tweets every day, so we rely primarily on reports from users and automated systems that can identify abuses.

On Landing—and Keeping—the Gig
I used to work for a nonprofit that set up sting operations to catch chat room predators. Then, in 2008, a friend who was an engineer at Twitter asked whether I wanted to join the team. Soon after I started, though, a glitch in a program that I was using misidentified a handful of Twitter users—including two of the founders and the head of human resources—as spammers, and I suspended their accounts. I told my bosses that it clearly meant I was someone who was willing to take action no matter what!

On the Good, the Bad and the Supernatural
While most people on Twitter are doing great things like posting recipes or bite-size Shakespeare quotes, some are up to no good. But when we review cases, sometimes things aren't what they seem. Once, a user urgently contacted us about a gang planning attacks on people. We discovered that the group was threatening violence—while role-playing characters from the CW's teen drama The Vampire Diaries. We told the user not to worry, and the vampires battled on.
From the March 2015 issue of O, The Oprah Magazine

More Inspiration
Is There an Upside to Tragedy?
Proof It's Never Too Late To Pursue Your Calling
A Sculptor Creates a Bright Spot in a Struggling Community
How to Handle Bad Luck
3 Things You Don't Know About Zoo Animals
Easkey Britton: Helping Girls in Iran Find Their Sea Legs
How A Wrinkle in Time Sets a New Standard for Fantasy Films
The Important Reason Every Adult Should Call in "Sick" to Work Sometimes