Discover the Novels Behind the Summer's New Movie Releases

Wonderful movies are on the way this summer. Take time to enjoy the books that inspired them—from the comfort of your own home.
By Mark Athitakis 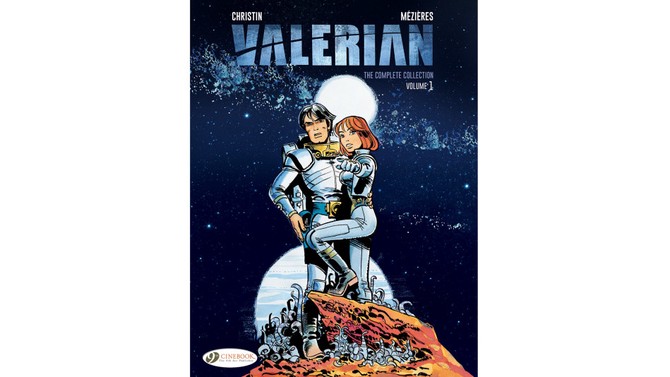 For his film Valerian and the City of a Thousand Planets, opening July 21, French science-fiction director Luc Besson has created a space opera for the 21st century, with a boy-and-girl interstellar agent team, plus some added star wattage from Clive Owen and Rihanna. The source for the film's dazzling CGI action, though, is a more modest graphic novel series that actually anticipated Star Wars. Writer Pierre Christin and artist Jean-Claude Mézières invented Valerian and his sidekick, Laureline, in 1967, and their stories have stayed remarkably timely over nearly 50 years, tackling climate change, war, cultural differences and gender divides (Laureline is Valerian's intellectual equal, though she has a hard time getting credit for it). The series combines the pleasures of a Tintin book with the extra benefit of (still) being on top of the news.
Published 05/24/2017
PREVIOUS | NEXT
More Inspiration
Why Books Are More Important Than Ever Right Now
5 Movies That Are Exactly What You Want After a Long Week
Helpful Ideas from Self-Help Books
19 Awesome Things to Do This Summer
Gayle's Go-To Summer Drink (And 4 More Trends She's Loving)
Our Favorite First Lines from Newish Books
The Books Behind Your Favorite Holiday Movies
5 Incredible Places to Visit This Summer