This Is Why Some People Get So Many Mosquito Bites

You aren't imagining it. Here's what really attracts the little biters—and how best to avoid becoming their next meal.
By Jessica Migala 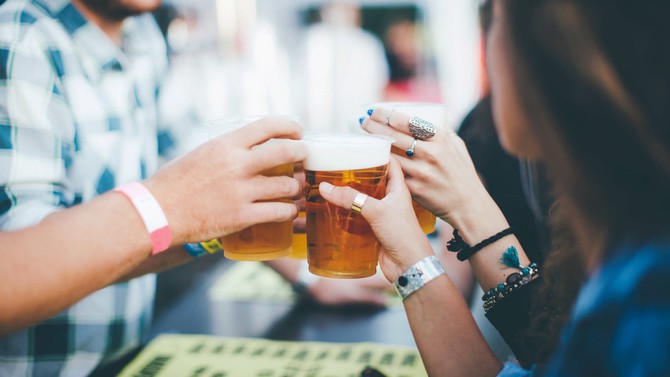 2 of 4
You're sipping a beer
Sure, it's refreshing on a hot summer evening, but cracking open a cold one could also be a mosquito lure. One small study found that after people drank beer, the number of mosquitoes that landed on them increased. compared to a control group. Another study in PLOS ONE that looked at the species of mosquito known to carry the malaria virus found that beer-drinking participants became more attractive to the pests than those downing H20. One hypothesis was that beer increases the amount of carbon dioxide exhaled—but that's not what researchers found happened. Instead, they discovered that brewskis altered a person's body odor, causing mosquitoes to veer toward them like a bull's-eye.
Published 07/11/2017
PREVIOUS | NEXT
As a reminder, always consult your doctor for medical advice and treatment before starting any program.
More Health and Wellness
What Dermatologists Know About Wrinkles That You Don't
This Is What a Day’s Worth of Sugar Looks Like
What Cutting Out Dairy for 3 Weeks Did to My Skin
How to Make Your Saturdays a Time for Self-Care
6 Essentials for Embracing Hygge, the Danish Art of Coziness
14 of the Best Ways to Handle Stress
5 Must-Follow Rules for Preventing Diabetes
5 Ways Doctors Avoid Getting Colds