When Less Is More: Treating Breast Cancer with Lumpectomy

Not all patients need to sacrifice their breasts for their safety.
By Leslie Goldman 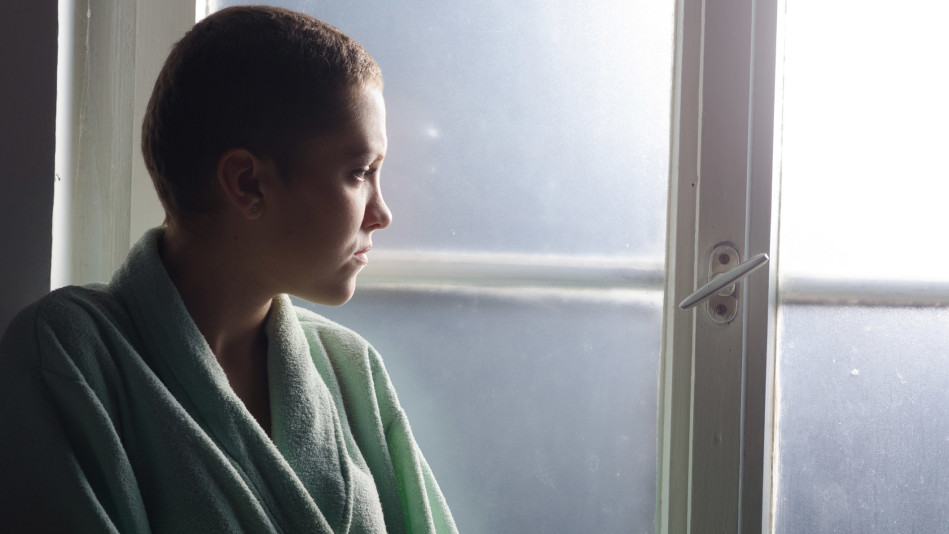 Photo: iStock
After serving as a Susan G. Komen volunteer for 23 years, Peggy Johnson of Wichita, Kansas, was herself diagnosed with breast cancer in 2012. The lesion was small—no bigger than the tip of her finger—but her type of cancer, triple negative, was aggressive and tricky to treat. Johnson, then 63, was offered two options: mastectomy plus chemo or lumpectomy plus radiation plus chemo. Her decision to go with the latter, she says, was nearly instantaneous.

"The damage to my body would be so much less significant with a lumpectomy," Johnson says. "I'd miss fewer days of work, and I knew I could still get a good cosmetic result." But the most important factor in her choice was the knowledge that lumpectomy would not jeopardize her chances of survival: "I review research for Komen, and science tells us that the likelihood of surviving breast cancer is not better after removing the whole breast versus having lumpectomy with radiation to kill any lingering microscopic cancer cells." Indeed, says Laura Dominici, MD, division chief of breast surgery at Brigham and Women's Faulkner Hospital in Massachusetts, recent research suggests that lumpectomy plus radiation has a very low local recurrence rate, similar to mastectomy.

Lumpectomy's other name, breast-conserving surgery, goes right to the point of the outpatient procedure: The surgeon takes out tissue where cancer is present, but leaves the rest of the breast intact. Then a pathologist in a lab examines the excised tissue to determine whether any cancer cells are near the edge of the tissue, a.k.a. the margin. "We want a negative margin—meaning all the cancerous tissue was removed, along with a small border of healthy tissue," explains Monica Morrow, MD, head of breast surgery at Memorial Sloan Kettering Cancer Center in New York City. Once a negative margin is confirmed, the patient is given at least four weeks to heal before starting radiation to reduce the risk of the cancer returning in the breast. If the margin is not clear, more surgery, including possibly a mastectomy, may be required.

That's harsh news for women trying to avoid mastectomy. However, the probability of having such additional treatment is declining, thanks to a change in protocol. In 2014, an expert consensus panel tweaked the guidelines to declare that a very small negative margin is just as safe as a wider one, and rates of postlumpectomy surgery dropped 16 percent from 2013 to 2015, according to a JAMA Oncology study. "We're shifting away from more aggressive, potentially unnecessary surgeries while still minimizing the risk of the cancer recurring," says Morrow, who led the study.

For Johnson, the only physical reminders of her cancer are a paper clip–size scar on her right breast and a bit of pulling of her skin when she raises her arm, a result of radiation damage. "I had my lumpectomy on a Thursday and was back to work on Monday," she says. "Five years later, I'm still pleased with my decision."

Patient Profile
Generally, the cancer must be stage I or II (85 percent of such patients are eligible, Morrow says) and can’t be scattered throughout the breast. Individuals are not good candidates if they have previously received breast radiation or have lupus, scleroderma, a genetic risk of developing another breast cancer, or a tumor that is very large relative to the size of the breast.

Surgical Process
Incisions can be closed with dissolvable stitches or glue; the process usually takes about an hour, and patients often go home the same day.

Recovery
Acetaminophen is normally sufficient to manage pain. (On a scale of 1 to 10, Johnson rated hers a 1 or 2). Narcotics are usually needed only if lymph node surgery takes place.

Follow-Up Treatment
Many women require three to seven weeks of radiation, Monday through Friday. In the short term, patients experience breast pain, peeling and inflamed skin, and fatigue; over time, they may notice breast firmness or shrinkage, tanning of the skin in the treatment area, or painful swelling in the arms or chest caused by lymphedema. In rare cases, radiation to the chest, especially the left breast, may cause heart disease. There could also be a need for additional surgery: In 2015, 18 percent of women with a lumpectomy had another lumpectomy or a mastectomy, according to Morrow’s study.

Sensation
One of lumpectomy’s most significant benefits: Typically, some breast sensation can be retained.

Reconstruction
There will be scars. Depending on the tumor’s location and size, its removal may distort the breast shape, so a woman may choose some reconstruction involving fat, tissue, or even an implant.

Cost
In women younger than 65, lumpectomy plus radiation costs an average of $65,000, compared with $88,000 on average for mastectomy with reconstruction—and has almost half the risk of complications, according to 2016 research from the University of Texas MD Anderson Cancer Center.
From the October 2017 issue of O, The Oprah Magazine