14 Health Heroes Who Are Changing Healthcare As We Know It

Our first annual tribute to the many faces of help and healing.
By Jihan Thompson, Elyse Moody, Corrie Pikul & June Jennings 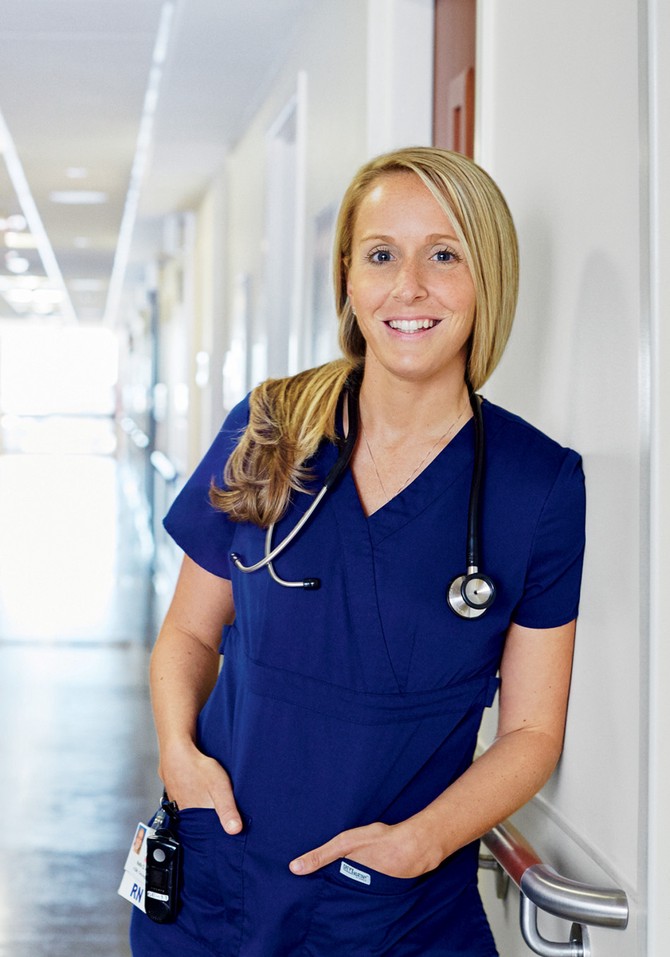 1 of 12
Kelly DePanfilis
The Can-Do Donor
Five years ago, as a newly minted oncology nurse working the night shift at Norwalk Hospital in Connecticut, Kelly DePanfilis stopped to chat with one of her favorite patients, a middle-aged man with progressive leukemia. He was in the hospital for treatment, but what he really hoped for was a bone marrow transplant. He talked about Be the Match, a registry that connects patients with donors. “It made me want to see if I matched with anyone,” DePanfilis says. “He said, ‘Well, get on there!’”

DePanfilis was shocked at how simple “getting on there” turned out to be: All she had to do was sign up and swab her cheek. It was unlikely that she’d be this patient’s bone marrow soul mate, but maybe she could help someone else. She just didn’t imagine she’d get the chance so quickly. Not long after being swabbed, DePanfilis got a call about a potential recipient: a 6-month-old boy born without an immune system—meaning one cold could become life-threatening pneumonia. Within six months, she was checked in to the hospital as his anonymous transplant donor.

For the procedure, done under general anesthesia, doctors used a needle to withdraw marrow from DePanfilis’s pelvic bone. She was told the median recovery time is 20 days and can include muscle pain and fatigue, but she had only some soreness. “Honestly, the next day, I went out shopping,” she says. The boy who received her bone marrow cells is now thriving and able to run around the playground like other kids.

DePanfilis was so energized by the experience that she started volunteering at registry events, and last year she launched her own at Norwalk Hospital. “One couple drove 45 minutes just to get swabbed,” she says. In a single day, approximately 50 potential donors signed up—more than twice the average for one of these events—and swab kits were given to at least 30 more. Every year there are 20,000 people who might benefit from a bone marrow or umbilical cord blood transplant, according to the Department of Health and Human Services, so the more potential donors, the better—especially when you consider that 70 percent of patients who require a transplant need to look beyond their family for a donor. “When you say ‘needle’ and ‘pelvic area,’ people get nervous,” DePanfilis says. “But I want everyone to know how easy giving this gift can be.”
From the January 2017 issue of O, The Oprah Magazine
PREVIOUS | NEXT
More Health and Wellness
5 of the Best Reasons to Exercise
3 Ways Your Period Might Be Making You Sick
Beat the Sunday Blues (And 3 Other Energy-Boosting Tricks)
5 Rules for Better Napping
How to Tell If Your Dreams Are Normal
3 Holiday Mistakes that Could Land You In the Hospital
6 Things We Should Demand From Healthcare Coverage
3 Unexpected Ways the Holidays Can Improve Your Health