21st Century Health Hazards Everyone Should Know About

Rollerblade injuries? So 1990s. These risks are the ones you need to be aware of.
By Emma Haak 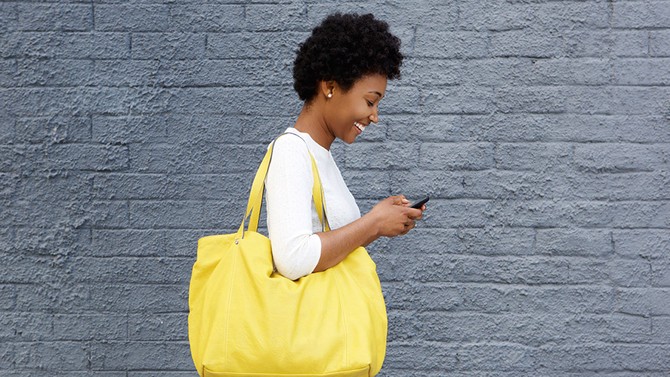 Hazard #1: The screens that are worse than you thought
The Danger: They mess with your sleep (which you know), but smartphones and tablets can also lead to neck and back pain because of the way you tilt your head to read them. (Experts call it text neck, or, our favorite, iHunch.) In that posture, your 10- to 12-pound head feels more like 60 pounds to your neck, says Kenneth Hansraj, MD, chief of spine surgery at New York Spine Surgery and Rehabilitation Medicine in New York City. Beware your headphones as well—50 percent of people ages 12 to 35 are exposed to unsafe sound levels from their personal audio devices, according to the World Health Organization.
Your Safety Plan: Bring your device to your head instead of the other way around, keeping your ears above your shoulders as you look at them, says Hansraj. Save your sleep by using the new Night Shift mode on iPhones and the forthcoming Night Mode on Android, both of which reduce the blue light your screen gives off. For your ears, volume should be low enough that you're aware of what's going on around you—if you were on a bus and the driver made an announcement, you might not understand exactly what they're saying, but you'd know they said something, says Katrien Vermeire, PhD, audiologist and director of the Hearing and Speech Center at Long Island Jewish Medical Center. 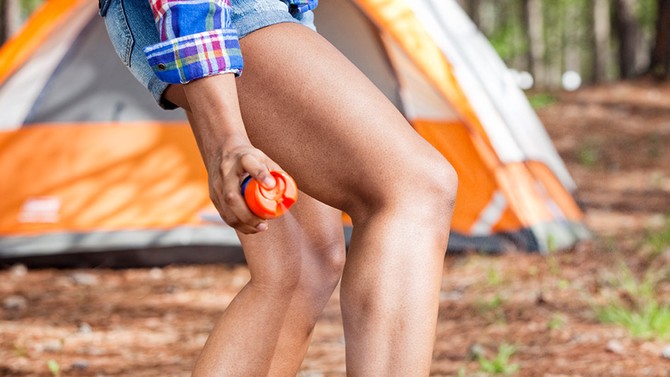 Hazard #2: Zika, bird flu and whatever virus is coming next
The Danger: They can have serious consequences. Zika, for instance, isn't just dangerous for women who are pregnant or trying to get pregnant. The virus can trigger a condition called Guillain-Barré syndrome in adults, which can cause muscle weakness and even temporary paralysis, and there's some evidence it could have neurological effects. Here's the antidote to the panic: Your risk of catching one is low, says Allison Aiello, PhD, professor in the department of epidemiology at the UNC Gillings School of Global Public Health. With Zika specifically, none of the 400 plus reported cases in the U.S. states were contracted here—they've all been travel-related, according to the most recent data from the Centers for Disease Control and Prevention. (U.S. territories like Puerto Rico and the U.S. Virgin Islands have had locally acquired cases.) There's no evidence that there are more viruses spreading around now than there were in the past, says Aiello. There are a few reasons why it seems that way: We're better at detecting them; we're more efficient at spreading them (airplanes, bullet trains, etc.) and we've got a 24/7 news industry that loves reporting on them.
Your Safety Plan: Keep a non-obsessive eye on U.S. cases to see if and where any locally acquired cases pop up. (Get the latest CDC information here.) If it does come stateside or you're planning on traveling to a region where it's present, minimize your risk by following the same steps you would to avoid any mosquito bites, says Aiello: Use bug spray, hang mosquito nets over your bed if you're staying somewhere where the windows don't have screens and avoid standing water, where mosquitos breed.

Hazard #3: Your affection for your desk chair and your couch—and the much-touted fix that doesn't really help
The Danger: Being sedentary increases your risk of diabetes, heart disease and obesity. It certainly feels virtuous to use a standing desk, but recent research suggests they actually do very little to offset the effects of sitting.
Your Safety Plan: Get up and walk around for two minutes during every hour you spend sitting. A 2015 study in the Clinical Journal of the American Society of Nephrology found that amount of moving time (not just standing, but actually moving) lowered subjects' risk of premature death by 33 percent, and according to Michael Roizen, MD, Chief Wellness Officer at the Cleveland Clinic and an expert on how sedentary behavior affects our health, it's the most rigorous study on the subject to date. 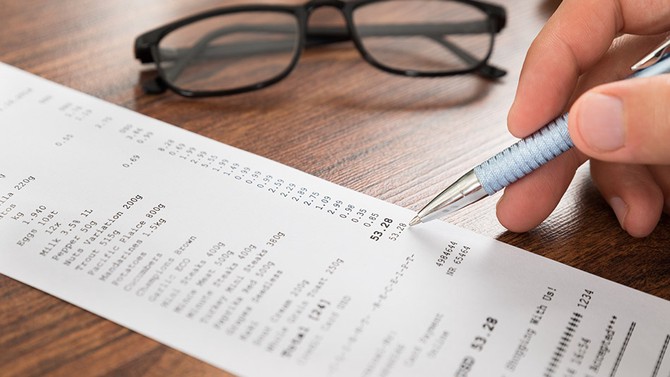 Hazard #4: "Safer" chemicals that could widen your waist
The Danger: The chemicals that replace BPA have similar drawbacks. For instance, we know the BPA in reusable plastic food and drink containers, can linings and on receipt paper is bad news (exposure to it is linked to health issues ranging from obesity and type 2 diabetes to heart disease and kidney damage). A common substitute called BPS triggered the formation of fat cells in a recent study in Endocrinology.
Your Safety Plan: Use stainless steel food and drink containers, as does Frederick vom Saal, PhD, professor in the division of biological science at the University of Missouri and expert on endocrine disruptors like BPA and BPS. If you need to heat something up, opt for heat resistant glass like Pyrex. The chains that hold BPA together break down at high temperatures, which is how it gets into your food. (So a cold drink out of a plastic bottle is less of a concern.) Also, you know how plastic containers get cloudier the more times you toss them in the microwave? Throw those out—cloudy plastic means the BPA chains have really been busted apart, says vom Saal. BPS is less sensitive to heat, so it's mostly likely to get into your system after you touch thermal receipt paper. Many stores offer electronic receipts now—choose those whenever possible, otherwise try not to touch your receipts for very long. 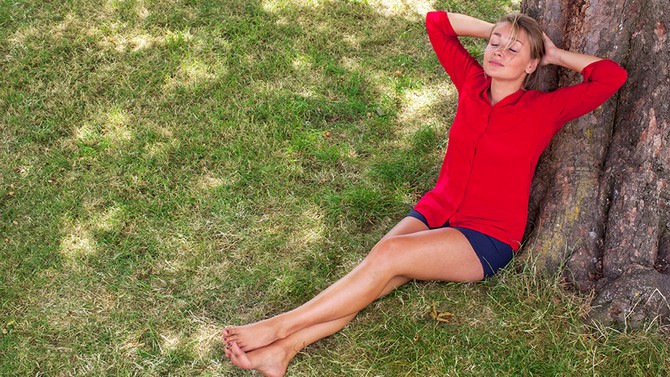 Hazard #5: The vitamin a lot of us are low on—and the confusing advice on what to do about it
The Danger: Even though doctors have been talking about vitamin D deficiency for years now—how it's linked to osteoporosis, possibly certain cancers and lowered immunity—a lot of us are still getting too little of it. (We're more careful about sun exposure which affects levels, explains Edward Giovannucci, MD, professor of nutrition and epidemiology at the Harvard School of Public Health, who also notes that obesity seems to lower vitamin D levels.)
Your Safety Plan: Since we produce vitamin D in response to sun exposure, soaking up sunshine would help. It's not that simple though, because there's limited research on how sunscreen affects the process. An often-cited JAMA Dermatology study found no difference in vitamin D levels between people who were using sunscreen for one summer and people unknowingly applying a placebo instead. Here's the rub: It was a small study, and the experimental group was only using SPF 17 (the American Academy of Dermatology recommends a minimum of SPF 30, which blocks a greater percentage of rays, to reduce the risk of skin cancer). Sunscreen doesn't block all UV rays, so even if you've applied adequate SPF, you'll still get some benefit from being outside, says Giovannucci. But his recommendation is to talk to your doctor about taking a vitamin D supplement—1,000 IU/day is enough for most people to avoid becoming deficient. 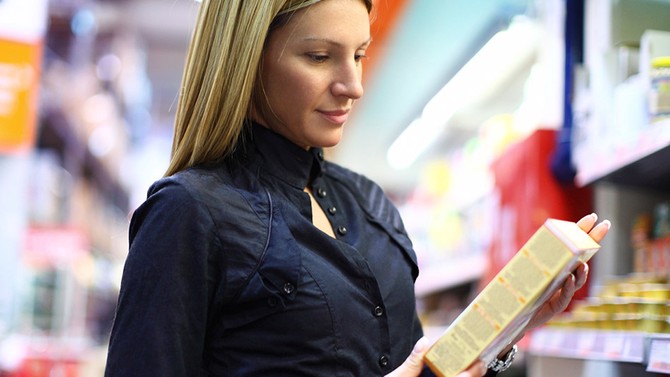 Hazard #6: The so-called Perfect Meal that's based on studies, trends, "expert opinion"
The Danger: You risk cutting out foods that are actually beneficial (or eating ones you probably shouldn't), analysis paralysis at the grocery store, and if you get seduced by the cleanse hype, catastrophic hanger episodes.
Your Safety Plan: First, consider the source of the information you're basing your choices on: If someone is recommending a certain diet or avoiding a specific nutrient or food group (looking at you, gluten), check his or her credentials. Oftentimes so-called "experts" don't actually specialize in nutrition, says Jessica Crandall, RDN, spokeswoman for the Academy of Nutrition and Dietetics. Second, trust actual science. Of all of the eating plans out there, the one with the most research and trustworthy experts backing it is the Mediterranean diet (meanwhile, there are zero studies backing up cleanses). Or you could follow Crandall's very simple, loosely Mediterranean advice: Base your diet around fruits, vegetables, whole grains, lean meats and low-fat dairy. 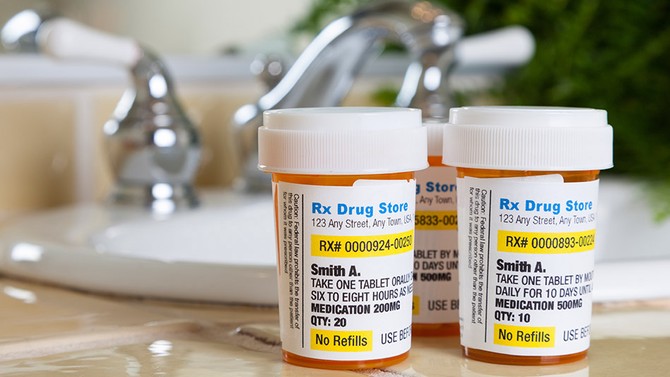 Hazard #7: Bacteria that can't be killed by our meds anymore
The Danger: Two million Americans become infected with antibiotic-resistant bacteria each year. Twenty-three thousand die because of it, per the CDC, and the problem is only getting bigger.
Your Safety Plan: Don't take unnecessary antibiotics. You've heard that advice before, but it's important enough to repeat. "The more we use antibiotics, the more chances bacteria have to evolve to resist them," says David Weiss, PhD, director of the Emory Antibiotic Resistance Center at Emory University. (Once bacteria become resistant, they can spread to other people, or share their new resistant powers with other bugs.) If you and your doctor decide you do need an Rx, finish the prescription. Stopping early could leave some bacteria alive and give them a chance to develop resistance, says Weiss. Because these infections can be picked up anywhere, hand washing is key—the WHO's six-step plan beats the CDC's three-step plan for getting rid of bacteria, according recent research. That applies to medical pros especially. The most resistant bacteria is often found in hospitals (sick people plus lots of antibiotics being used), so if you're a patient, don't hesitate to ask doctors and nurses to wash their hands before they enter your room, says Weiss. 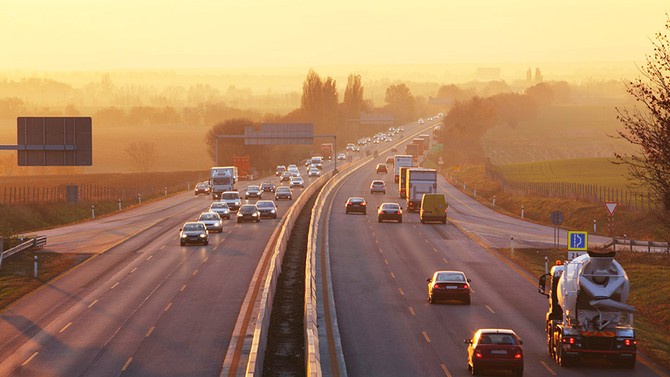 Hazard #8: The thing you're probably breathing in right now
The Danger: Air pollution is linked to increased risk of heart disease, stroke, Parkinson's, obesity, a long list of pregnancy and childhood health issues and even accelerated brain aging in adults.
Your Safety Plan: Get daily information the air quality in your area with apps like AirForU. If it's bad, taking your exercise inside for the day is one way to limit breathing in things like vehicle pollution. Which brings us to another situation to watch for: sitting in traffic. That's when you're getting most of your exposure, says pollution expert Beate Ritz, MD, PhD, professor and vice chair of the epidemiology department at the UCLA School of Medicine. You may think it's best to put your windows up, but if you have an older car with an equally old air filter system, you're probably breathing in your car's own exhaust, says Ritz. If that applies to you, keep your windows down. Or better yet, take public transit if you can.
Published 05/11/2016
More Health and Wellness
Is This Why You Feel Bad? 6 Issues Tied to Inflammation
Do You Know Your Health Risks?
The 10 Craziest Health Trends of the Past 40 Years
Doctors Answer Your 9 Biggest Health Questions
Symptoms Women in Their 20s and 30s Shouldn't Ignore
6 Unexpected Symptoms Women Shouldn't Ignore
5 of the Most Googled Health Questions, Answered
4 Weekend Health Mistakes Setting You Up for a Bad Week