Symptoms Women in Their 20s and 30s Shouldn't Ignore

It's tempting to skip the doctor when you have minor aches and pains—but if you're experiencing any of these symptoms, it's best to seek medical attention.
By Andrea Bartz 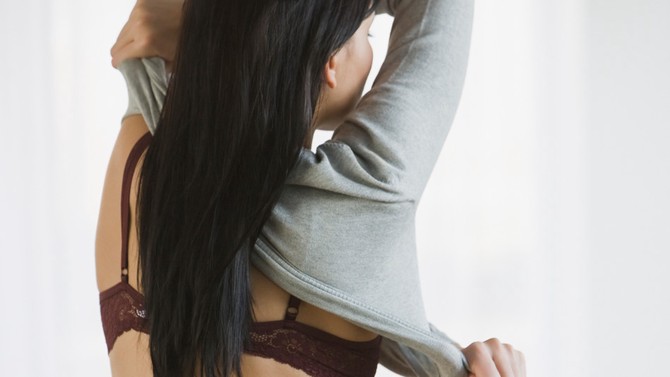 3 of 4
Your symptom: Your nipples are leaking.
If you find a tiny dot of clear discharge inside your bra (and you're not pregnant or breastfeeding), keep an eye on it. If it doesn't clear up on its own in a few days, as with all nagging symptoms that aren't improving, it merits a call to your doctor. It could be due to nipple stimulation, such as from a recent piercing or from sex, says Quinlan, who has patients come in with this symptom multiple times a year. But if a white, milky fluid is coming from one or both sides, definitely tell your doctor what's up. "Milky discharge could indicate prolactin elevation, which could be caused by medication," including drugs that target mental health conditions like bipolar disorder, she says. A pink or red discharge could be from blood, which Quinlan says could indicate a benign growth in the milk ducts; it's rare but should be checked out.
Published 02/01/2018
PREVIOUS | NEXT
More Health and Wellness
6 Unexpected Symptoms Women Shouldn't Ignore
5 of the Most Googled Health Questions, Answered
4 Weekend Health Mistakes Setting You Up for a Bad Week
The 10 Craziest Health Trends of the Past 40 Years
The Health Advice Your Gyno Gives Her Friends
4 Things Nobody Tells You About Sex After 35
8 Things Your Nails Reveal About Your Health
Do You Know Your Health Risks?