O Special Report: What Nobody Tells You About Hormones

Everything you need to know about menopause
(but were too hot, tired, confused, and cranky to ask) 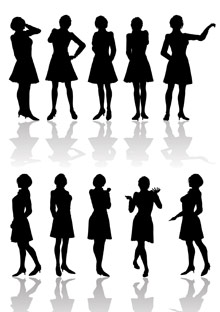 Is estrogen safe this week? Does it matter when you start hormone therapy? What does "bioidentical" mean, anyway? Mary Duenwald scours the latest science for the answers even your doctor may not have.
In a windowless high school auditorium a few blocks from where Highways 6 and 50 intersect in Delta, Utah, you could hear the rain and thunder picking up steam. But for 100 or so women attending a menopause workshop one Sunday, the storm was inside, where the topic of a lecture was about how changing hormones affect sex drive—not the sort of thing people usually talk about in this rural community of alfalfa hay farmers. The speaker was just opening the discussion for questions when the power went out. "It was just so perfect. Suddenly, hands went up everywhere and the women were asking all kinds of questions they wouldn't have been willing to ask when the lights were on. One wanted to know about orgasm—really personal questions," recalls Linda Ekins, 60, the registered nurse who organized the event.

That was five years ago; today the workshop has expanded into an annual conference called Women in Motion that draws 250 to 300 attendees. The idea came to Ekins when she realized she wasn't alone in having to bushwhack her way through menopause. All across the country, millions of women are dealing with the end of fertility, many of them muddling along in discomfort and frustration. It isn't just a jarring reminder that one is aging; it can also wreak havoc on the body—and the mind. Sudden outbursts of temper, creeping anxiety, depression, loss of passion, or foggy thinking sends many sufferers in search of psychological help; others rush to trainers when their waistlines start expanding; still others go crazy buying supplements to combat thinning hair and painful joints. And often these women don't realize that the real cause of these symptoms—not to mention hot flashes, night sweats, vaginal dryness, and insomnia—is the onset of menopause, which officially starts after 12 consecutive months of having no menstrual periods.

Scientists have yet to figure out why declining levels of estrogen (which occurs when the ovaries stop producing eggs) should have such wide-ranging effects. But they do know that cells throughout the body have receptors for the hormone and that its withdrawal impacts everything from the blood vessels to the brain. "The layperson has very little information about this," Ekins says. "My women are confused. They're having hot flashes. They're bitchy with their husbands, grouchy with their kids, angry at the world, absolutely miserable." And ebbing libido—particularly how it's affecting their marriages—is a huge concern (a course called "Hormones in the Bedroom" drew a standing-room-only crowd a couple of years ago). "My aim is to give women information, so they can visit with their physicians and intelligently come up with a plan," she says. "We do not need to be afraid. We need to be educated."

And yet even smart, well-informed women often hit a wall when it comes to deciding which symptoms are menopausal and how to deal with them. Hormone therapy (HT)—specifically supplemental estrogen, alone or combined with progesterone (usually progestin)—is the most studied and effective form of treatment to date for symptoms such as hot flashes and night sweats. But the treatment developed a bad reputation in 2002 after the Women's Health Initiative (WHI)—which conducted the largest, most rigorous study ever on HT—issued alarming findings that taking estrogen and progestin could increase the risk of both breast cancer and heart disease. In addition, it later came out that the hormones didn't seem to help much with sleep, depression, energy, or sexual satisfaction compared with a placebo. "There is still a lot of confusion even among physicians about hormone therapy, and many avoid prescribing it," says JoAnn Manson, MD, chief of preventive medicine at Harvard's Brigham and Women's Hospital and a principal investigator of the WHI study. "It can be a real problem for women to find a doctor who is willing to discuss all the benefits and risks of hormone therapy."

To more safely and comfortably navigate this major phase of life, it helps to understand a bit about past hormone research and what science is discovering even as we speak.

Go inside the February 2009 issue of O, The Oprah Magazine:


From the February 2009 issue of O, The Oprah Magazine
As a reminder, always consult your doctor for medical advice and treatment before starting any program.

More Health and Wellness
Dr Oz: Are Your Hormones Out of Whack?
5 Ways to Strengthen Your Pelvic Floor Muscles
The Two Exercises Every Woman Should Be Doing
Are Happy People Healthier? New Reasons to Stay Positive
8 Things Health Editors Know That You Should Too
Not for Men Only: An Unlikely Treatment for Menopause
The Real Reason Women Can't Sleep (And What to Do About It)
The One Question Women Should (But Don't) Ask Their Doctors