Q&A with the Author of The Healing of America 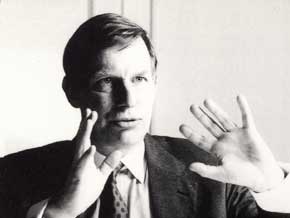 Photo: © Katayama Kishin
In his best-selling book The Healing of America, veteran Washington Post foreign correspondent T.R. Reid traveled the world to discover how other countries approach healthcare—and what America could learn as we debate how to fix our own system.

Reid went around the world armed with two things. First, he had questions about how other countries are able to spend less money on healthcare than America, yet keep their citizens healthier than us. Second, he had a nagging shoulder injury—for which his American doctor recommended a costly invasive surgery.
Fritz Lenneman: How did you come up with the travelogue structure of the book?

T. R. Reid: Here's what happens in Britain: You call the doctor and say, "My daughter has an earache," which is pretty common in our family. About two hours later, she comes to your house and says: "Oh, I believe it's otitis media. Yeah, that's what it is, all right. I'll give her a penicillin jab." She gives her a shot of penicillin, and you know what happens? She walks out the door, there's no co-pay, there's no deductible, there's no bill, there's no fight with the insurance company, there's no nothing.
I think the book really started with when we lived overseas, but then if you just look at the data, all of the other developed democracies cover everybody and still spend about half as much as we do. How do they do that? That's what I set out to learn. And since I was going to be visiting doctors and hospitals around the world anyway, why not take my shoulder with me and see if someone could fix it?

TRR: At one point, I was going to call the book, Second, Third, Fourth, Fifth Opinion. We went through a lot of titles.

FL: How is your shoulder feeling these days?

TRR: My shoulder got a lot better. I have more movement and less pain. It doesn't hurt when I wake up in the morning. I will never have a golf swing again. I'm not going to do the artificial shoulder. I don't need it, and I'm going to live with the fact that I can't play golf again. I'm still skiing and snowboarding; that's what matters in Colorado. I still climb mountains. I have another hand to change lightbulbs with and stuff, so I have ended the pursuit of perfection. I'm not even sure I would have gotten perfection with the artificial shoulder. That was never clear.

FL: In the prologue to The Healing of America, you write, "Efforts to change the system tend to be derailed by arguments about 'big government' or 'free enterprise' or 'socialism'—and the essential moral question gets lost in the shouting." Did you know that the debate this year would be so heated?

TRR: It's very clear that this term "socialized medicine" is a really powerful phrase in American politics. And as you saw, one of the striking discoveries of my tour is that it's not all socialized medicine. Some countries don't even have Medicare; they do everything in the private sector. It just turns out there's a lot of stuff Americans know about healthcare overseas that's just wrong.

I strongly believe we could learn valuable lessons from healthcare systems in other countries. But first you have to deal with this ideological notion that it's all big government nanny state over there. It's not. And now I'm going around the country talking to people and they still say, "So why do you think socialized medicine is better?" I'm trying to tell you there are a lot of rich countries where it's not socialized medicine.

FL: In the book, you describe four different healthcare models used around the world. What are those models?

TRR: In the "Beveridge Model" [used in Great Britain], which I think is closest to what Americans most think of when we think of healthcare overseas, government owns the hospitals, government employs many—but not all—of the doctors, government runs the lab and government pays all the bills. Government is pretty much the provider and the payer of healthcare. To me, that is pretty close to what I'd call socialized medicine.

But if you go across the English Channel to the continent, a lot of those countries are "Bismarck" countries. They get universal coverage with private docs, private hospitals and private insurance companies. It's the opposite of the Beveridge model. It's private; it's not socialized. There are many—Switzerland, the Netherlands—they don't have a Medicare for elderly people. They don't have a government plan for elderly people. They stay with private insurance. I argue in the book that this is less socialized than the U.S.

And there is another model [called the "National Health Insurance Model"] that is kind of a combination of the two. Private doctors, private hospitals, but a public payment scheme—government insurance. The Canadians invented that model and they gave it the name, they call it Medicare. It's also used in Australia, South Korea, Taiwan, etc. And of course that's the model Lyndon Johnson copied when he created our Medicare system to serve American seniors—private docs, public payment scheme. The only difference is the other countries in the model—Australia, Canada, etc.—apply it to everybody and we only apply it to people 65 and up.

And then the fourth model, which you find in third world countries, is the "Out of Pocket Model." If you've got money to see a doctor, you get treated. And if you don't have any money or if the doctor won't accept potatoes or corn or whatever you've got to offer, you stay sick or you die. That's it.

FL: You say that the United States uses all four models, depending on your demographic. Veterans Administration hospitals use the Beveridge Model. Americans who get insurance through work are in the Bismarck Model. Americans over 65 on Medicare are in National Health Insurance Model. And the 40 million Americans without insurance are in the Out of Pocket Model. How did we get to this point?

TRR: Nobody planned our system. Nobody would have planned our system. It's completely undesigned, it happened by accident and along the way. I think the biggest change came in the '70s and '80s when for-profit insurance companies like Aetna, Wellpoint, United Health started buying up non-profit health insurers like Blue Cross and Blue Shield and converted them to for-profit. And once your health insurance system is for profit, well then obviously they don't want to cover anybody who might be sick. And they hire lots of underwriters to deny claims.

That's really what distinguishes the American insurance system from other countries. In other countries, they cover everybody and they pay every claim. They usually have to pay every claim in a matter of days or a week or two at the most. American health insurance companies turn down ... some say 30 percent of claims the first time, but they turn down a lot of claims. And they often take two months or more to pay the claims.

When health insurance was created in America, the initial Blue Cross and Blue Shields were all nonprofits, but once the insurance industry converted them to for profit, then we started to get the pattern we have now. The result of it is that 40-some million American can't get any insurance, and a lot of other people who have insurance find that it doesn't really pay the bills. For tens of millions of Americans the term is "underinsured"—they think they have insurance but if they have a serious ailment, then the insurance conks out.

FL: I think I had that insurance when I graduated from college.

TRR:
When you're young and healthy, that makes sense—except if you get hit by a truck, then somebody, probably your parents, is stuck with the million-dollar bill. And nobody wants to do that to their family. And you don't know it, who read the fine print on page 38 of their insurance policy? Nobody does. You don't know until it's too late that they have built in a mechanism to cut you off. And in other countries they're not allowed to do that. Nobody would even dream of it.

FL: Are you hopeful that healthcare reform is still possible in America?

TRR: I think a bill will pass in Washington, and it will definitely be better than what we have now. Congress is now willing to regulate the private insurers in ways they've never done before. And that's all going to make things better. But no, we're not going to reach the goal that all the other rich countries have arrived at, which is universal coverage at a reasonable cost.