How to Be Happier in January Than in July

Do you suffer from the winter blues—or something deeper—this time of year? Here are nine ways to get through the bitterest days.
By Jena Pincott 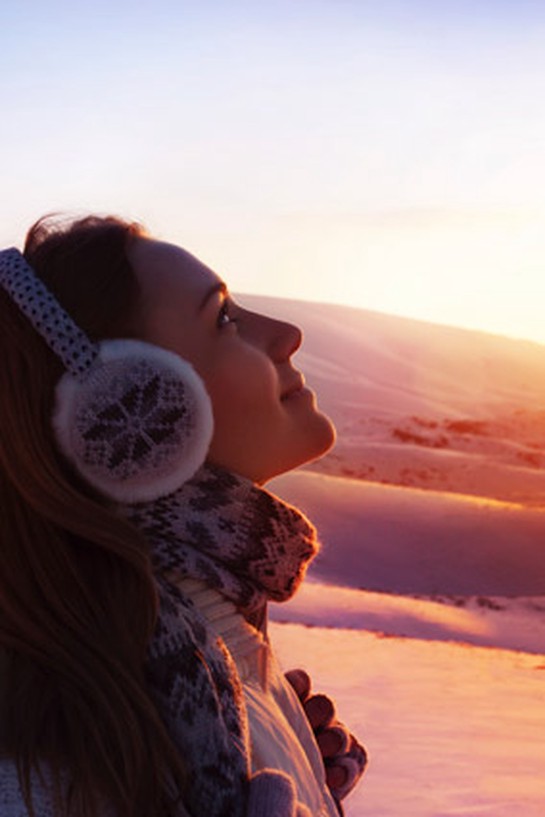 1 of 9
Worship the Morning Sun (Even If It’s Weak and Unimpressive)
The sun salutation—a yogic series of backbends and prostrations traditionally performed under the rising sun—raises energy levels and boosts moods. But, scientifically speaking, anything you do in the morning light—as long as your eyeballs are exposed—may be beneficial. Many researchers have found that the morning light (6 a.m. to 9 a.m.) is significantly more effective in curing winter depression than the late afternoon or evening light. Why would dawn trump dusk? We’re still in the dark; researchers speculate that waking up early may therapeutically alter the onset of melatonin secretion and correct body rhythms that, due to a later sunrise, drift in the winter. The bottom line: Immediately after waking up, bask in 30 to 45 minutes of morning sunlight. It’s stronger than it looks.
Published 12/28/2012
PREVIOUS | NEXT
More Health and Wellness
Deepak Chopra: How to Recognize Life's Abundance
How Doctors Stay Healthy Through the Winter
The 7 Gifts from the Universe That Everybody Gets
5 Reasons to Use Sunscreen All Winter Long
The Best Time of Day to Do Almost Anything
Dr. Oz: 3 Easy Ways to Protect Your Heart
8 Moves That Make You Feel 10 Years Younger
6 Rules for Healthy Living That Every Night Owl Should Know