Excerpted from Veganist, by Kathy Freston 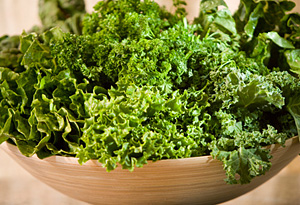 Photo: Thinkstock
PAGE 2
What is the best source of calcium, and how does it compare with dairy?
The same green leafy vegetables and legumes that provide iron are also good sources of calcium, for the most part, and absorption is typically better from these sources than from dairy products. One common exception is spinach, which has a great deal of calcium, but its absorption is poor. But broccoli, brussels sprouts, kale, and other common greens have highly absorbable calcium.

If you like, you can also use calcium-fortified products such as breakfast cereals and juices, although these products provide more concentrated calcium than is necessary. It pays to put some thought into keeping your bones healthy. Studies have shown that the following factors are helpful in building and maintaining strong bones:

Excerpted from Veganist: Lose Weight, Get Healthy, Change the World by Kathy Freston. Available from Weinstein Books, a member of The Perseus Books Group. Copyright © 2011.
Published 02/01/2011