Are Men and Women Different? 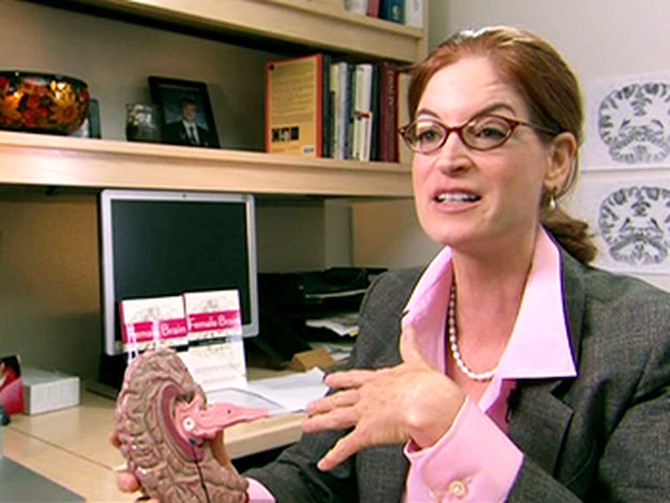 13 of 15
For more than 20 years, Dr. Brizendine has been studying the differences between the male and female brains. Her findings may surprise you.

Dr. Brizendine says that in the womb, every fetus starts with a female brain. "In fetal life, at eight weeks of gestation, the tiny testicles in the male start to pump out huge amounts of testosterone that then marinate the brain, changing it into the male brain," she says. "By the time we're all born, we either have a male brain or a female brain."

In a mature woman's brain, Dr. Brizendine says the hippocampus—or memory center—is larger than in the male brain. This area helps people remember emotional event details. "For example, women may remember all kinds of fights they had with their husband that he may not even remember happened at all," she says.

The anterior cingulate cortex is also larger in the female brain. Dr. Brizendine calls this part of the brain the "worrywort" center. "This may be one reason that men don't worry as much as women do," she says.
Published 06/03/2009
PREVIOUS | NEXT
As a reminder, always consult your doctor for medical advice and treatment before starting any program.
More Health and Wellness
Winning the War at Home
The Bravest Families in America
Excerpt from Connect to Love
17 Rockin' Artifacts
Weight Loss Finale: Bob Greene's Best Advice
Lea T's Greatest Hits
Robert Redford's Life in Photos
20 Years Younger Makeovers