Whether you're looking for tonight's meal or something you can serve to company, these family-friendly dishes deliver great taste with simple flavors.
By Lynn Andriani 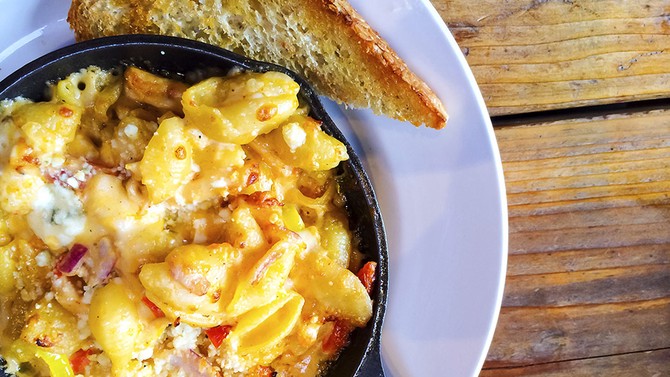 Pasta with Cheesy Sauce But No Powdered Stuff
A five-ingredient homemade mac 'n' cheese is a godsend for exasperated cooks, since it's easy to make (no roux or béchamel sauce!), yet much more wholesome than most boxed versions, and is a meal practically everyone loves. It's customizable, too; in Nina Planck's new book The Real Food Cookbook, she advises readers to use whole wheat pasta and whatever cheese they have on hand. That could mean cheddar or Monterey Jack, which both melt nicely (you could also try Gouda, Fontina, Gruyère or Havarti).

Get the recipe: Pasta with the Cheese-You-Have 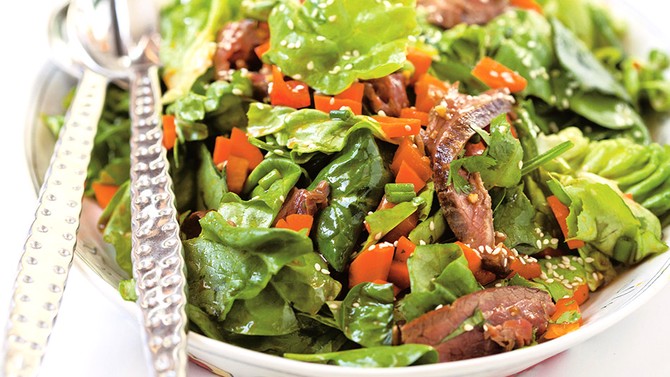 Salad That'll Get a Meat Eater's Attention
Serve a steak and a salad and, chances are, picky eaters will eat only one of the components (more likely than not, the nongreen portion). Serve a steak on a salad, though, and the salty, savory flavor of the beef seasons the greens, and before you know it, they've both been devoured. In 100 Days of Real Food, Lisa Leake shows how easy it is to make this dinner. Her marinade is a simple teriyaki sauce (its sugar helps the meat caramelize as it cooks), and the salad is filled with crunchy and vibrant vegetables: lettuce, spinach, carrots and red bell peppers. 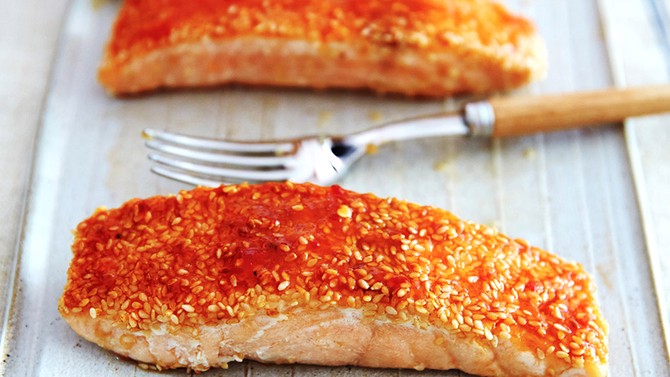 A Salmon Dish That Borrows from the Burgers-and-Fries Club
If your picky eaters won't touch anything unless it's dipped in ketchup, then this seafood dish might be the preparation that turns them on to salmon. Silvana Nardone, whose new book is Silvana's Gluten-Free and Dairy-Free Kitchen, says her kids love this dinner, and not just because it stars the ubiquitous red dip (which gives the fish a kick, along with orange juice, sugar, chili paste and sesame oil). It also gets a delicate crunch from a coating of sesame seeds.

Get the recipe: Sticky Sesame Salmon with Orange Sauce 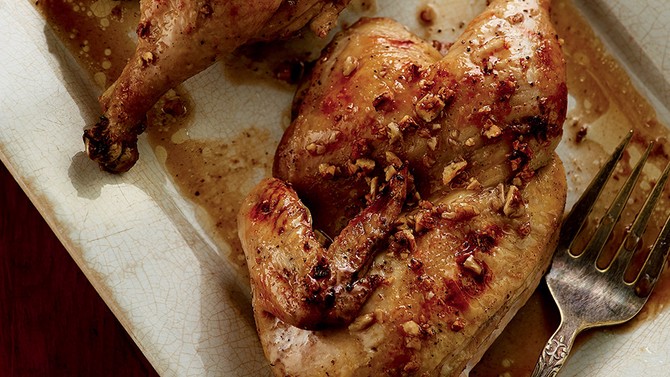 Chicken for People Who'd Rather Eat Pancakes
For some, a drizzle of maple syrup is the best part of a morning meal, which is why they just might fall in love with this roast chicken recipe. It uses the natural sweetener to achieve a wonderfully crisp skin, as well as that signature warm flavor. You mix the syrup with chopped pecans and some apple cider vinegar, and brush it onto the chicken for the last 25 minutes of cooking; the sugars help the meat develop a beautiful, crunchy exterior.

Get the recipe: Maple Pecan-Glazed Chicken 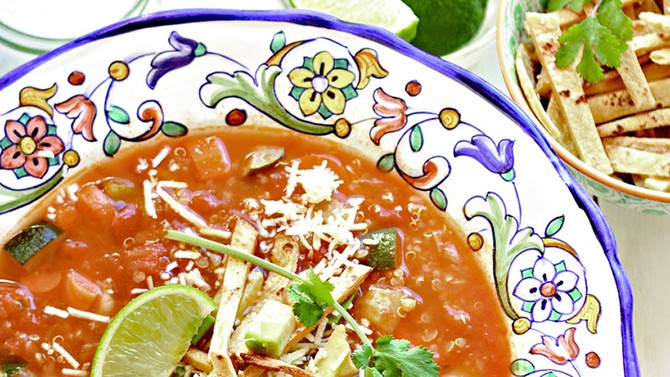 One Soup That Can Go Many Ways
Fussy diners can customize this veggie-rich bowl, which includes carrots, celery, zucchini and tomatoes, depending on their tastes. Set out an array of toasted tortilla strips, diced avocado, chopped cilantro, grated cheddar, sour cream and lime wedges—and everyone will be happy, whether their palates prefer creamy, crunchy, tart or sharp flavors and textures.

Get the recipe: Veggie Tortilla Soup with Quinoa
Published 09/11/2014
More Food
You Won't Believe How Simple—Yet Delicious—These Dinners Are
No Boring Turkey Burgers: Healthy Recipes for Ground Turkey
5 Ways to Turn Precut Veggies into Amazing Meals
5 Mistakes You're Making with Chicken
6 Meals You Should Know How to Make by Your 36th Birthday
The Most Important Ingredient in Your Kitchen Is...
8 No-Cook Appetizers for Party Hosts in a Pinch
5 Healthy and Cheap Ingredients to Put in Your Shopping Cart