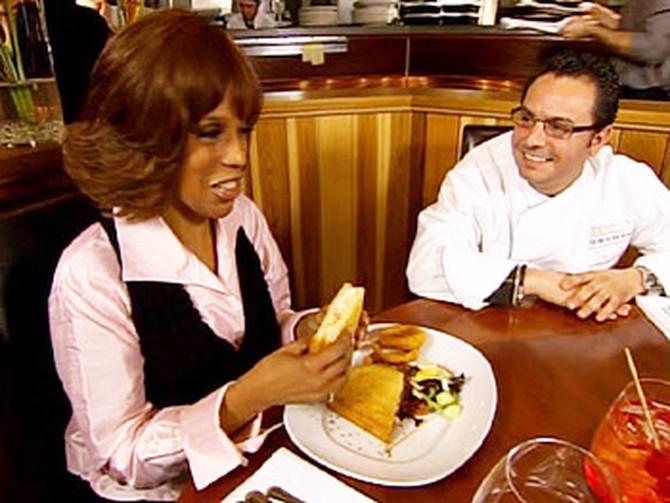 2 of 14
Gayle's first sandwich stop is at Restaurant Bricco in West Hartford, Connecticut, where she's trying the acclaimed Lobster Grilled Cheese. "I'm a little worried because the main ingredient is lobster," she says. "Not a fan of lobster, but I do love cheese."

Chef Billy Grant works to puts Gayle at ease. "You're in good hands because this is a good combination," he says. "We use all fresh lobster, and we cook the lobsters really slow so they're tender, not tough. And Havarti cheese, which is creamy and mild."

After grilling the sandwich to perfection, Billy tops it off with golden brown onion rings. Finally, the time comes for Gayle to take her first bite. "It is very buttery, and I do like the Havarti," she says.