4 Things Restaurant Chefs Wish They Could Tell You

We chatted up the pros to find out what they're really doing in their kitchens—and how you can steal their moves.
By Lynn Andriani 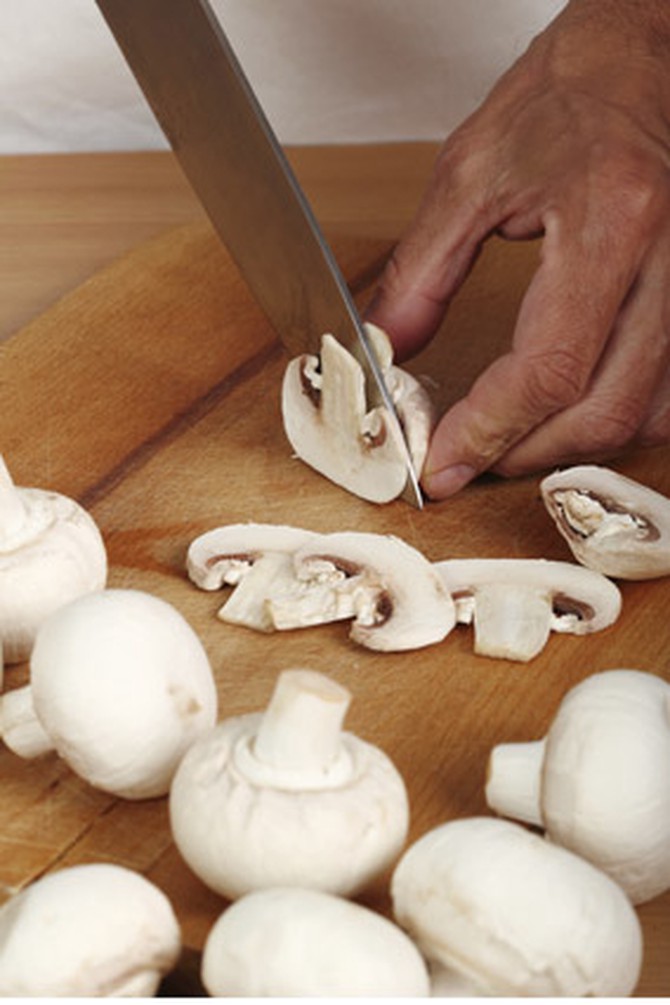 They Like Cheap Mushrooms
Perhaps because white button mushrooms are plain-looking, or maybe even because they're inexpensive, home cooks tend to pooh-pooh them, says Adam Halberg, executive chef of the Barcelona Restaurant Group, instead paying top dollar for porcini or chanterelles. And while those varieties are delicious, Halberg says basic white mushrooms can taste just as incredible—and are one of the best deals in your supermarket. (Plus, fancy mushrooms are often harder to clean and require more complicated cooking methods.) Halberg likes to eat them grilled on bread, with a glass of wine; try them in this recipe with crostini or in this classic Spanish preparation. 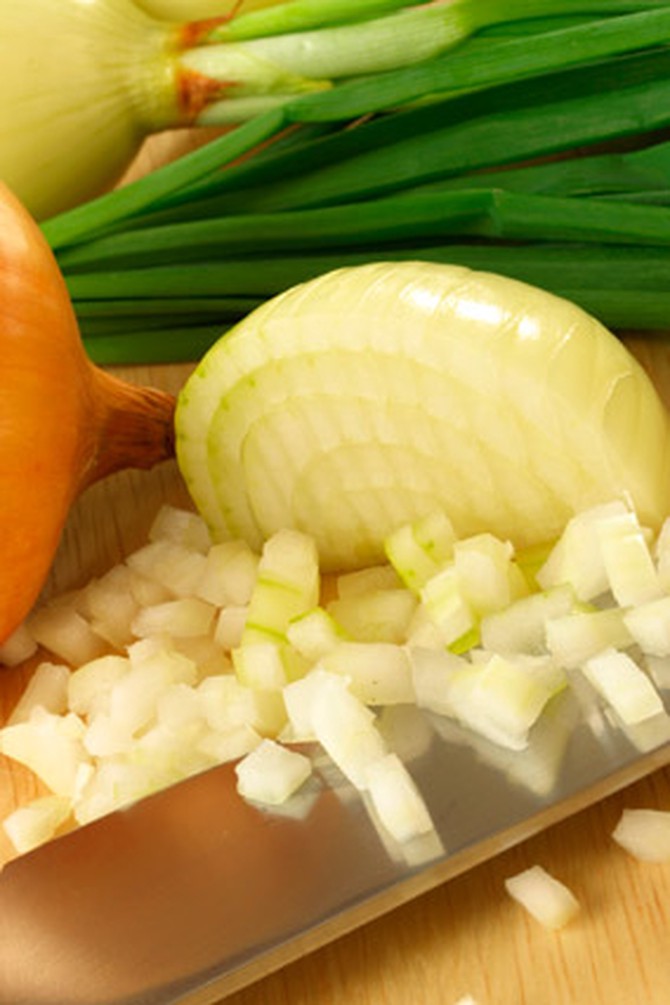 You're Using Your Knife Too Much
Overdoing it with knives is one of the top mistakes Halberg sees home cooks make, even though we've all seen chefs on TV hacking away, onions flying everywhere. The less time the blade can spend on whatever it is that you're cutting, the better, Halberg says. Work strategically, so that you can make as few cuts as possible. The goal is to not go back and forth over the food, which will soften it and, in the case of herbs, turn it black. Use this technique for onions; for herbs like rosemary, line up the needles first, so you only have to pass through each part once. 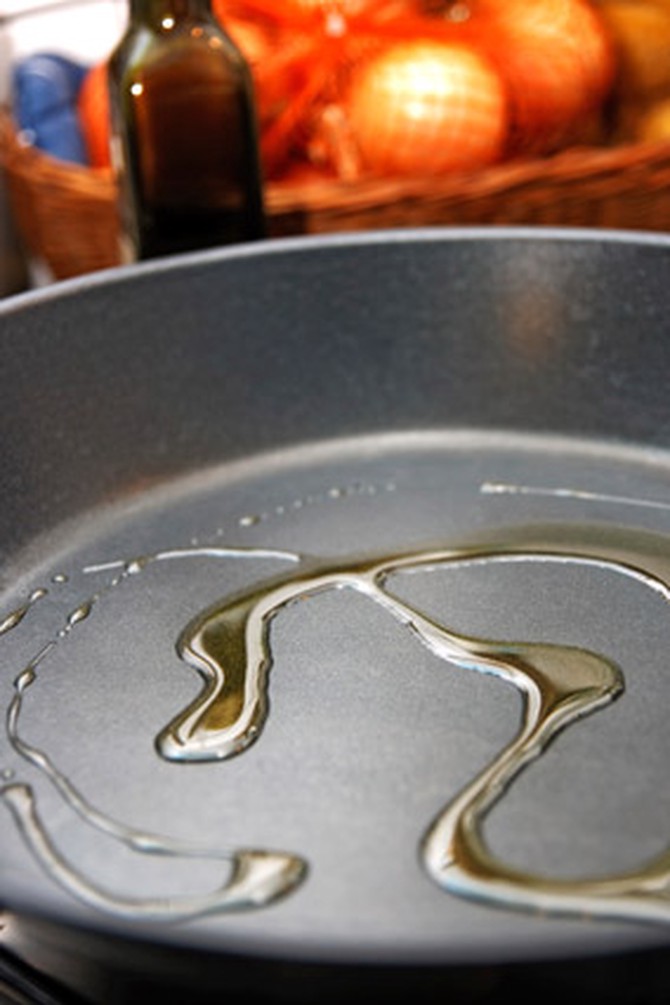 You Don't Need to Always Start with Olive Oil
Home cooks tend to rely on olive oil for sautéing foods (understandably, since many recipes advise them to), but, says chef Robert Irvine, who has appeared on Restaurant: Impossible, chefs often do the bulk of their cooking with another oil, such as canola, grapeseed or safflower, and save the olive oil for finishing dishes. Those other oils have a higher smoke point, so you can get the pan and the oil very hot, which helps give whatever you're cooking—say, a chicken breast or fish fillet—a nice browned crust, without it absorbing tons of oil. Halberg prefers to save his high-quality olive oil for drizzling over food just before serving, to give it a little extra flavor (and, if it's a pasta dish, to help cheese adhere to the noodles). 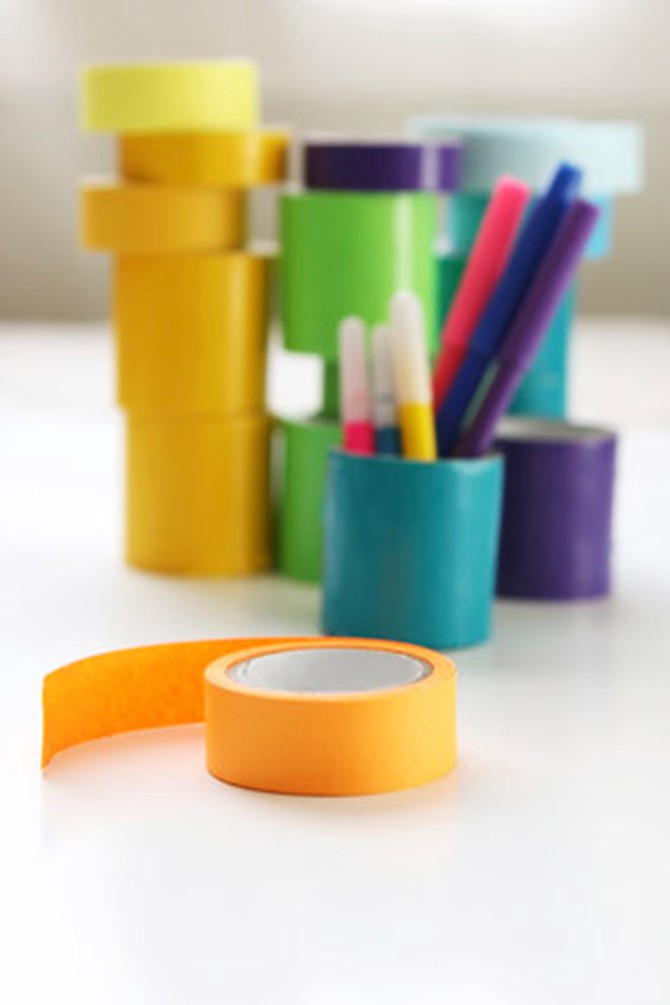 They Aren't Into Kitchen Gadgets...But They Do Have Some Weird Tools
Using leftovers is a frugal home cook's favorite way to stretch a buck—and it's also something chefs do all the time, because they don't like to waste food any more than you do. The difference, though, is that professionals are waaay more organized than most of us when it comes to storing and labeling that extra cup of chicken stock. Their tools are also more drugstore than specialty store: Clear plastic containers, painter's tape and a Sharpie are key items in restaurants from The French Laundry to your local French bistro. Slap a piece of tape on the container, scribble the ingredient name and date on it, and you're more likely to use whatever is inside, whether it's egg yolks or chicken stock. Irvine tosses odds and ends in soups; here are more smart ideas for using everything from wilting herbs to half-finished blocks of cheese.

Next: Chefs on their biggest disasters
Published 12/02/2013
More Food
9 Mistakes That a Busy Cook Makes
5 Things You're Doing Wrong with Your Food
7 Ways to Rebound from Any Cooking Disaster—Fast
4 Crucial Foods You Forgot to Buy at the Supermarket
5 Salad Mistakes Everyone Makes
5 Basics We're All Cooking Wrong
*This* Is Why Your Pasta Is Never Quite Al Dente
4 Ways You're Making Eggs Wrong (and What to Do Instead)