Chef Cesar Zapata of The Federal Miami explains what we're doing wrong—even with the dressing!—and how to fix it.
By Lynn Andriani 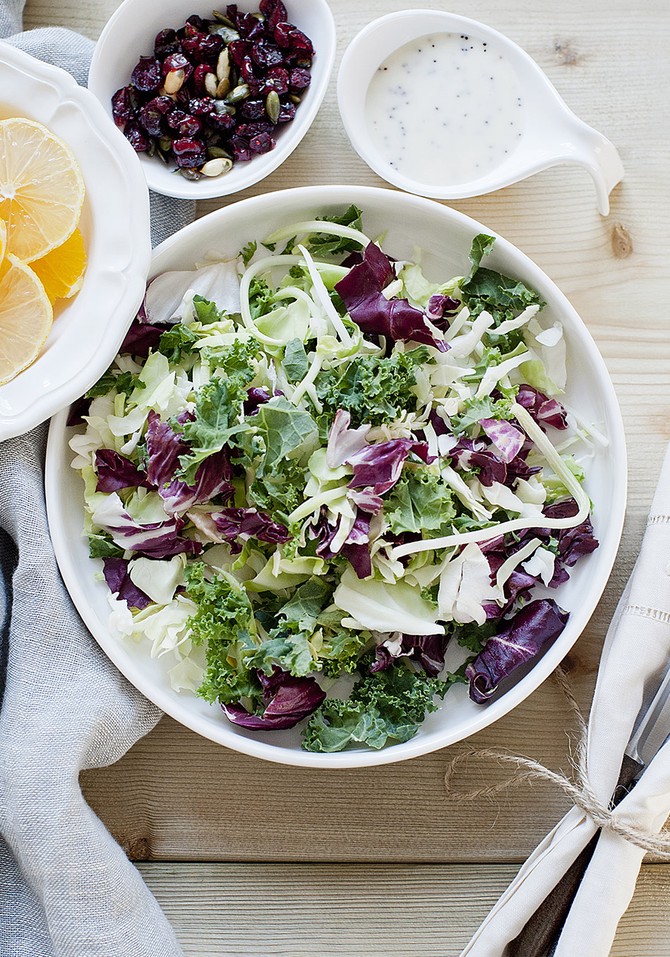 Mistake #1: Sticking with the Usual
Tasteless and nutrient-lacking iceberg isn't the only salad base that chefs think we're wasting our time with (unless there's blue cheese involved). Green leaf and romaine are okay, but Chef Cesar Zapata says many of us are missing out by not trying different greens. To ease into something new, combine lettuce varieties, e.g., red leaf with escarole, or peppercress (a relative of watercress) with Bibb. They all have unique textures and flavors. Other overlooked greens Zapata loves to mix with lettuce: herbs. He suggests tearing basil, parsley, cilantro or mint leaves with your hands to prevent the delicate leaves from turning black (many people chop them with dull knives, he says, which just bruises the herbs; then the edges oxidize and darken). Mistake #2: Giving Greens a Half-Shower
Particularly if you bought your greens at a farmers' market, they're probably pretty dirty (and may even have a few critters burrowed deep inside), so a quick rinse won't suffice. Aside from giving the leaves an inadequate wash, says Zapata, another thing people tend to mess up, when prepping greens, is drying them. Patting them with a towel will still leave some water on the leaves, which means the dressing won't adhere. A salad spinner is ideal, but Zapata has a good hack: Place the greens in a bowl in the sink, fill it with water (add a few ice cubes if the leaves seem limp), swish it around, change the water and repeat until the water is clear of all sand or dirt. Then, the fun part: Loosely wrap the greens in paper towels and place them in a plastic grocery or produce bag. Tie it closed and gently toss it up and down a few times. Remove the lettuce; it should be dry. Mistake #3: Putting the Same 3 Ingredients on Everything
A go-to dressing can be helpful on busy weeknights, but Zapata says there's a problem with the one-size-fits-all approach: Many minimalist dressings don't have enough body for sturdy greens, while heavier dressings can weigh down light lettuces. The fix: Take a one-size-fits-most tack instead. If, for instance, you're a fan of Dijon vinaigrette, go ahead and use it on softer leaves, such as mache or baby greens. But for heartier fare like kale, escarole, or even romaine, bolster the dressing with pureed anchovies, or swap in mayonnaise for the olive oil. 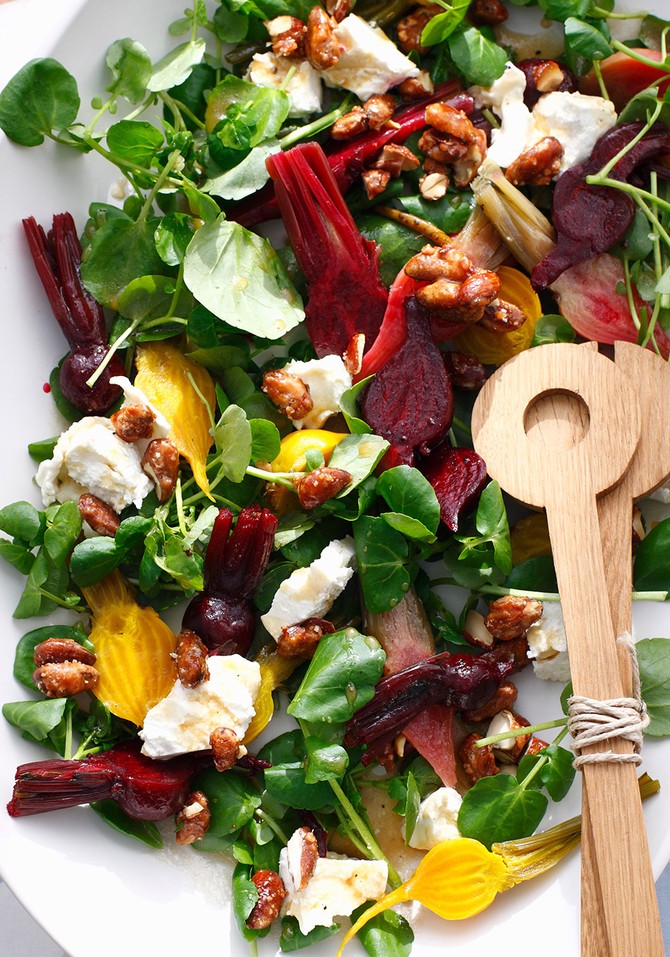 Mistake #4: Using Tongs
The quickest way to undo everything Zapata has taught us so far: simply pour the vinaigrette on top (you'll wind up drenching some leaves and leaving others naked) and toss everything together with metal or plastic tongs (you'll crush the leaves). Zapata's method is untraditional, but he swears it's the best way to evenly distribute the liquid and avoid damaging the greens. He tilts the bowl holding the greens so it's at an angle, and uses his other hand to pour the dressing onto the inside edge of the bowl, turning as he goes. Then, he uses clean hands to gently mix the dressing into the greens, and uses wooden utensils for serving. 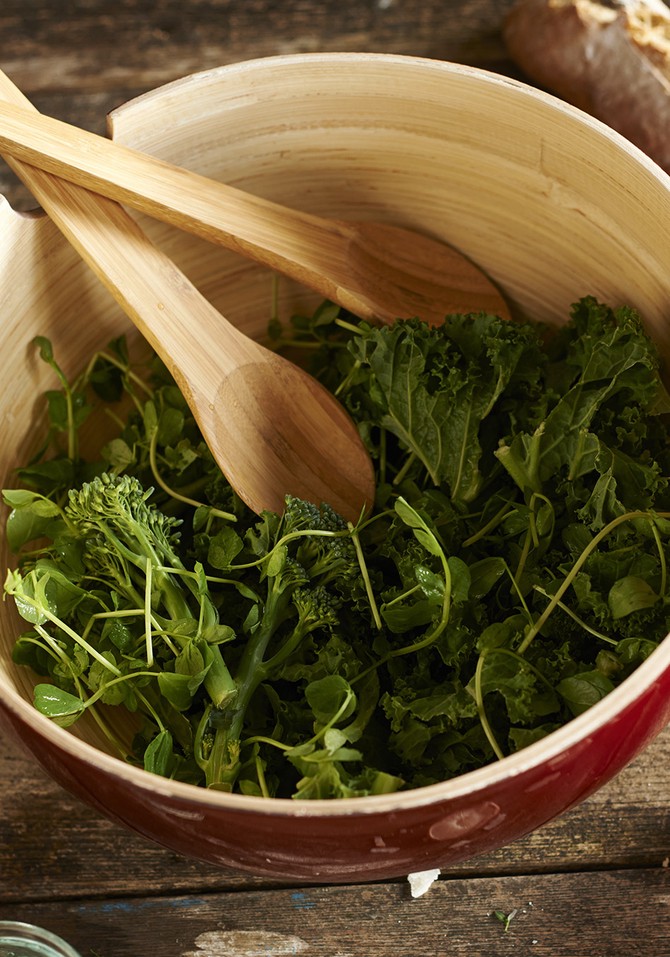 Mistake #5: Tossing En Masse
The crown jewels in most salads are the mix-ins, whether summer tomatoes, fresh figs or tender cubes of avocado. The issue Zapata has with all these additions is that they're heavy, and often wind up at the bottom of the bowl, lost under a pile of lightweight greens. His trick for avoiding this is to toss the greens first, then toss the vegetables or fruits—he's partial to tropical ones such as pineapple and green mango—in a separate bowl in a small amount of the same dressing. Right before serving, he arranges the extras atop the salad, and finishes the dish with something crunchy, whether a smattering of nuts, croutons or even puffed quinoa or amaranth.
Published 07/28/2015
More Food
5 Ways You're Making Dinner Prep Harder Than It Needs to Be
6 Kitchen Tools Everyone Should Have in Their Kitchen by 30
5 Basics We're All Cooking Wrong
3 Ways to Salvage a Burnt Meal
Stop! 5 Ways You're Using Salt Wrong
Chefs on Their Biggest Disasters
4 Things Restaurant Chefs Wish They Could Tell You
7 Ways to Rebound from Any Cooking Disaster—Fast