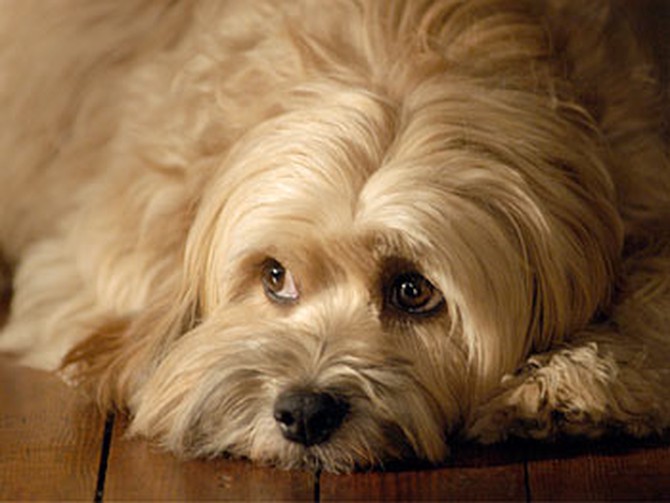 Benji, Benji
From talking pigs and lifesaving mutts to magical owls, audiences love animals. Pair a chimpanzee with a comedian, and you've got box-office gold. Over the decades, some four-legged stars have inspired our imaginations and earned places in Hollywood history. After much debate, we narrowed our list down to the top nine...not counting cartoon creatures. No offense, Mickey.

Lassie may be a classic choice, but this time around, Benji edged her out by a hair. While we appreciate Lassie and Timmy's bond, Benji is a stray with serious spunk. He may not have any pedigree, but Benji gets the job done. In his first film—released in 1974—Benji uses his keen canine senses to help save children from kidnappers. Plus, this pound puppy inspires audiences to open their hearts and homes to mutts of all shapes and sizes. 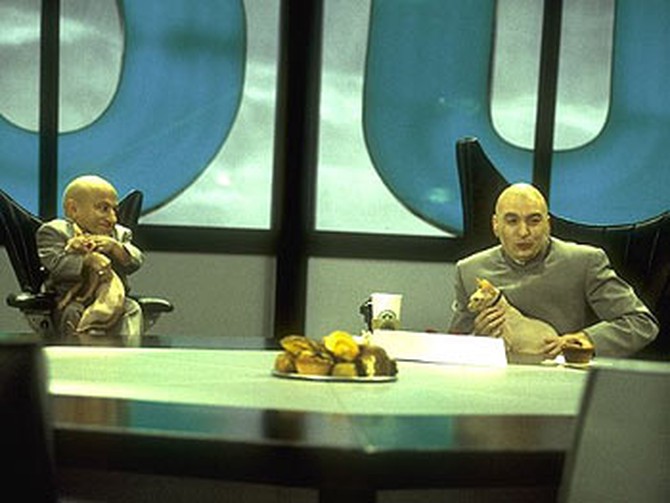 Mr. Bigglesworth, Austin Powers Series
Not all onscreen animals are lovable...or even all that cute. In Mike Myers' Austin Powers series, the villain, Dr. Evil, is usually accompanied by his clone, Mini Me, and his hairless cat, Mr. Bigglesworth. This creepy kitty is the perfect bad-guy accessory. 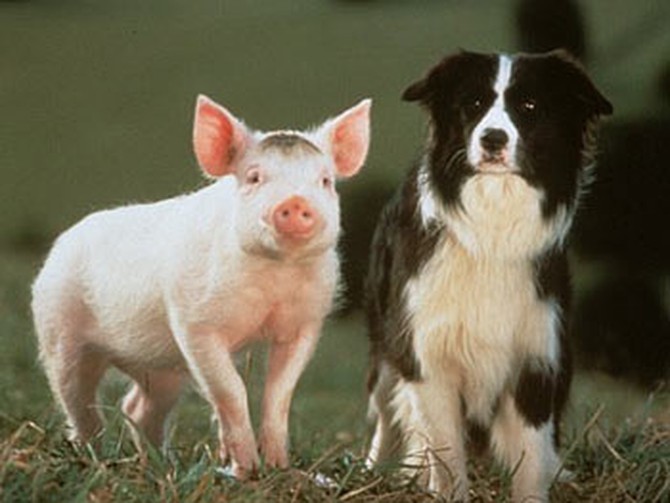 Babe, Babe
Babe isn't any old pig. He's a pig with an identity crisis who speaks to farm animals and befriends a duck. What's not to love? While Wilbur from Charlotte's Web is a childhood favorite, Babe touches the hearts of adults and children alike. His quest to become a sheep herder like his surrogate sheepdog mother, Fly, gives you something to stand up and cheer about. This pig also has manners. He wins over the sheep with his "pleases" and "thank yous," a great lesson for little ones. 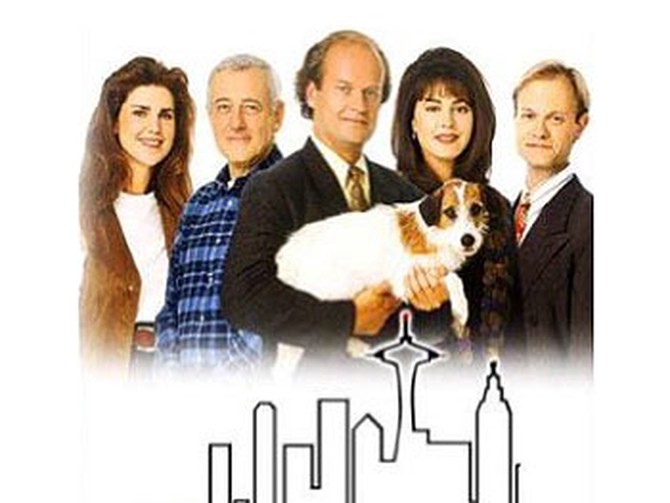 Eddie, Frasier
Eddie may be the hardest working animal on our list. This spunky Jack Russell terrier appears in 11 seasons of the TV sitcom Frasier. For nearly 200 episodes, Eddie sticks by Frasier's father's side and drives his uptight sons crazy. Eddie's expressive brown eyes show an almost human-like understanding of the Crane family's hilarious interactions. 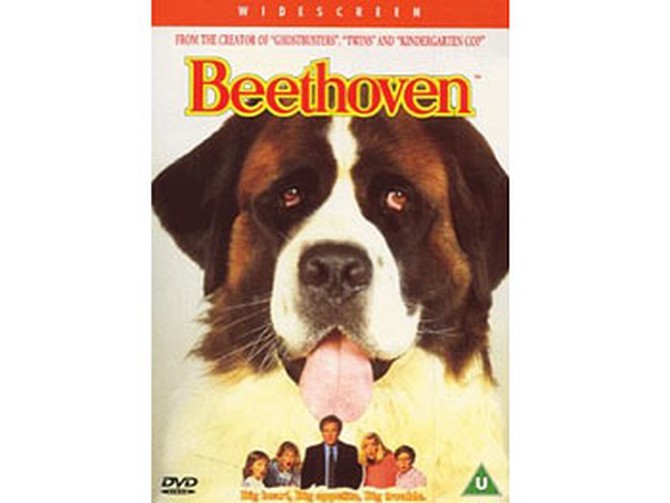 Beethoven, Beethoven
He slobbers, sheds and generally wreaks havoc on the Newton family's home...but no one can stay mad at this lovable Saint Bernard for long. In the early '90s, Beethoven stole the hearts of millions with his hilarious onscreen antics.

By the time the closing credits roll, even George Newton, the uptight father, grows to love Beethoven and helps save him from an evil vet. 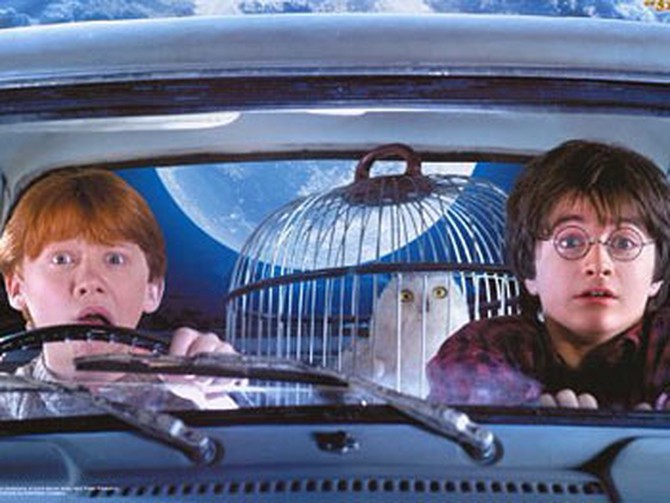 Hedwig, Harry Potter Series
For centuries, witches and warlocks have been linked to black cats. Now, thanks to the brilliance of J.K. Rowling, author of the Harry Potter series, wise owls have replaced these unlucky felines. In the Harry Potter film adaptations, Hedwig is portrayed by a snowy owl. 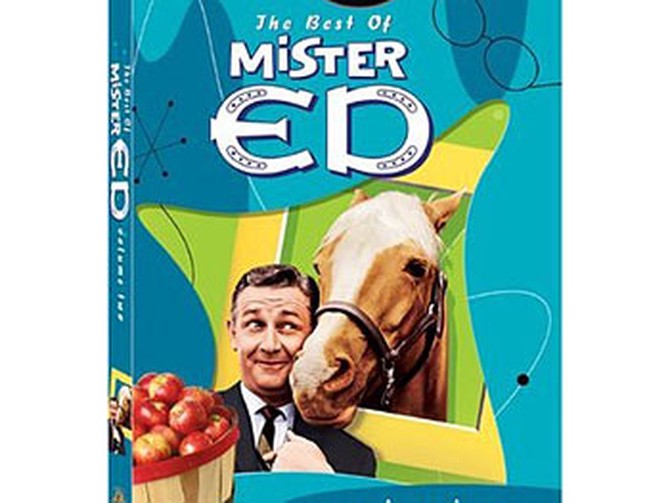 Misted Ed, Mister Ed
Mister Ed isn't just a horse, of course. He's a horse who can talk! He may not be as majestic as Black Beauty or as heroic as the Lone Ranger's Silver, but Mister Ed has a sense of humor.

Over the course of six seasons, Mister Ed only talks to his owner, Wilbur Post, which gets Wilbur in all sorts of hot water with his wife, Carol. This mischief-making equine also knows how to use the telephone. Top that, Flicka. 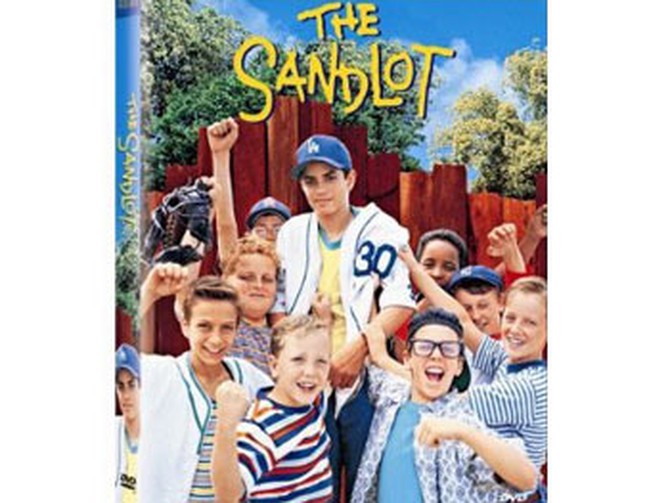 Hercules a.k.a. The Beast, The Sandlot
In The Sandlot, one of the most underrated sports movies of all time, young baseball players plot to conquer the dog next door, whom they refer to as "The Beast." Once their baseballs go over the fence and into The Beast's yard, they are gone forever.

This dog's size and intelligence demands respect. Through the course of the film, however, we discover The Beast—who's real name is Hercules—is misunderstood. He's actually a sweet dog who's there to protect his blind owner, Mr. Mertle, who turns out to be a former Yankees player!