The Daily Show alum, host of the forthcoming TBS late-night show Full Frontal with Samantha Bee, fills in a few blanks.
As told to Molly Simms 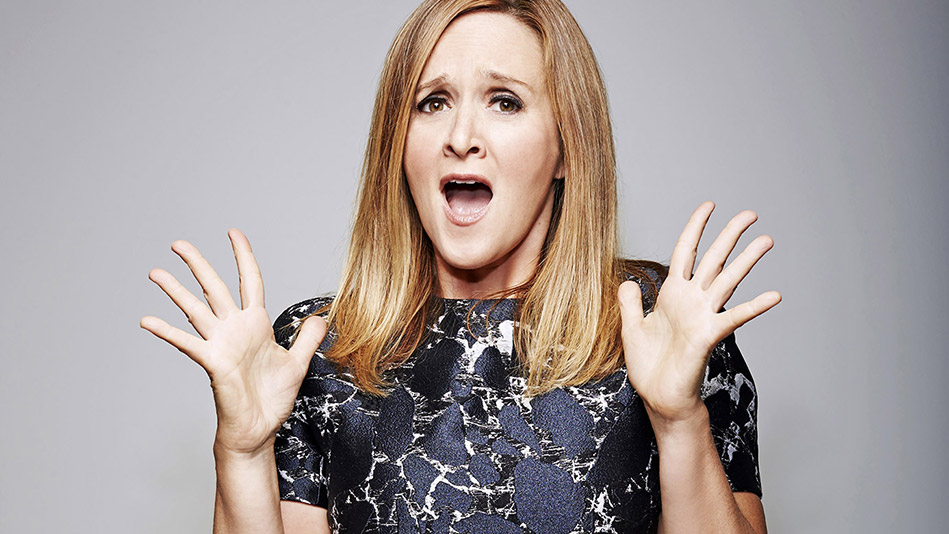 Photo: Eric Ray Davidson
I always laugh when...I hear my three children playing with their dolls, channeling the things I say when I'm angry. Like "Guys, that is unacceptable. Absolutely not. We spoke about this." It's incredible to hear your own words from the mouths of stuffed animals.

The first thing I do when I get home is...immediately take off my pants. Then I walk around half-dressed for a while. But it's not sexy half-naked, it's awful half-naked. Pants are like boa constrictors to me. I guess I could get bigger pants. I should probably just do that.

My biggest pet peeve is...when I'm in a meeting with a man who has some control over my work, and the only thing he can think to ask me about is my children—and then he clearly doesn't care about the answer. I bet most professional women have found themselves in that position. Also, I don't like when people pee in public. I mean, does anyone?

People are surprised to learn...that I really enjoy domestic chores. We recently moved into a new building for the show, and when I saw the office kitchen, I said, "I need bleach and rubber gloves!" We're going to have the cleanest kitchen in late night, no question. I'm probably setting the women's movement back 100 years, but I'll be there at midnight with my bucket.
From the January 2016 issue of O, The Oprah Magazine