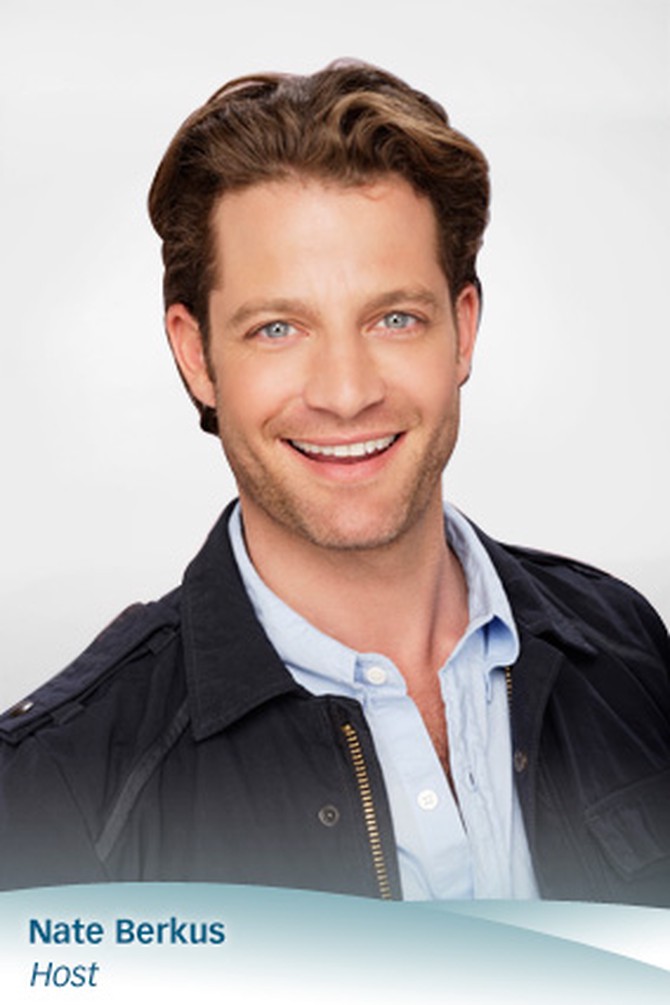 Nate Berkus
Nate Berkus knows exactly what it's like to be on the receiving end of giving. As the featured design expert on The Oprah Winfrey Show and a contributor to O at Home , Nate has helped dozens of guests redecorate their homes. But in September 2004, he had to depend on the kindness of others to survive the devastating Indian Ocean tsunami. Nate and his partner, photographer Fernando Bengoechea, were on vacation when the tsunami hit Sri Lanka, and while Nate survived, Fernando did not. Nate says he could feel the humanity in the kindness that was shown to him and others.

"I was addicted to this show," Nate says. " Oprah's Big Give is truly an emotional roller coaster. In each city, it was so exciting to see what the contestants would do next for people. This show is such an amazing way to get people to think outside of themselves and reconnect with society."


Nate's Favorite…
Giving Back Moment: The work I did with the Angel Network to help rebuild the area I was in that was devastated by the 2004 tsunami. I was happy to see when I went back that the Angel Network was only one of several charities operating in the area. It confirmed my faith in people.

Type of Music and/or Artist: Hip-hop and folk

Indulgence: The beach and travel

Vacation: Any beach vacation with no agenda

Weekend Activity: Shopping for antiques and small objects at vintage or antiques shops 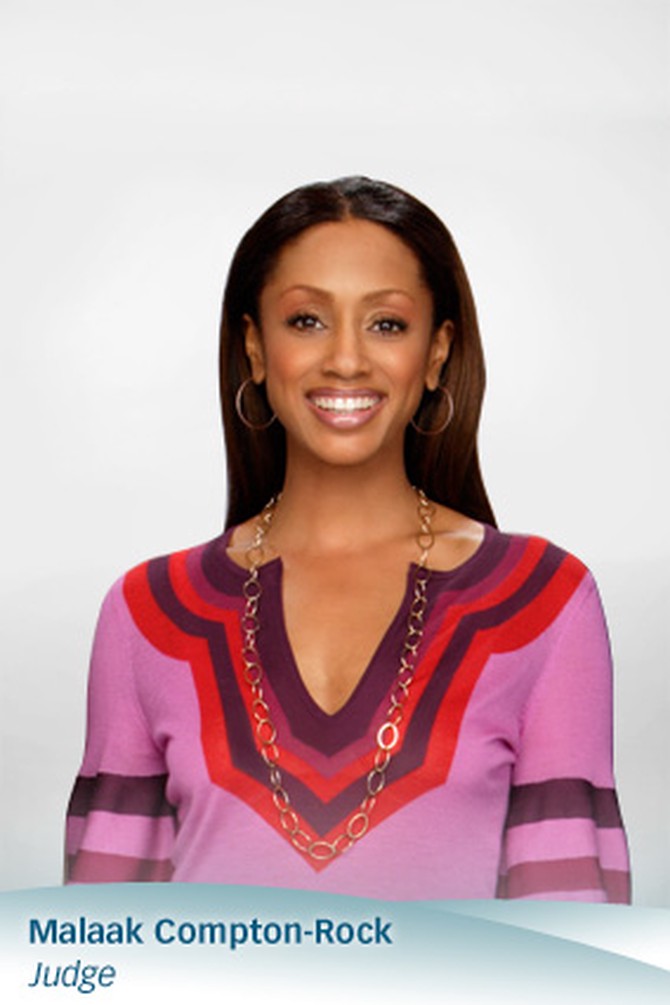 Malaak found her true calling after accepting a position at the U.S. Fund for UNICEF, where she worked to increase the organization's visibility. During her time there, Malaak decided to dedicate her life's work to the nonprofit world and ultimately created Styleworks, a nonprofit that helps women on welfare and in shelters enter the workforce by providing full makeovers—from clothing to skincare. After seven years of offering direct services, styleWorks currently provides seminars on a consultant basis. Malaak dedicates the rest of her time to a number of other national and international causes, such as Safe Horizon, the nation's leading victim assistance organization, where she chairs Champions for Children, an initiative to prevent child abuse; Hope Worldwide, an organization with which she and her husband have joined forces to help the poorest areas of Johannesburg, South Africa; and The Children's Defense Fund.

" Oprah's Big Give has it all—excitement, drama, laughter and tears—all set against the backdrop of helping others," Malaak says. "As someone who values giving back, being part of this show was like being a kid in a candy store."

Malaak's Favorite…
Giving Back Moment: Organizing 200 at-risk children from Brooklyn to shop for Christmas gifts at Target, watch two episodes of Everybody Hates Chris and participate in a Q&A with the celebrity cast. It was a dream day for the children and for me!

Type of Music and/or Artist: Prince

Time of Day: Early morning before anyone else rises

Vacation: On a Safari in Kenya, Tanzania or South Africa

Memory: The births of my two kids

Weekend Activity: Taking the kids to the park, going to a movie (never do anymore unless it is G-rated!) and at least one hour of reading on Saturday and Sunday by myself 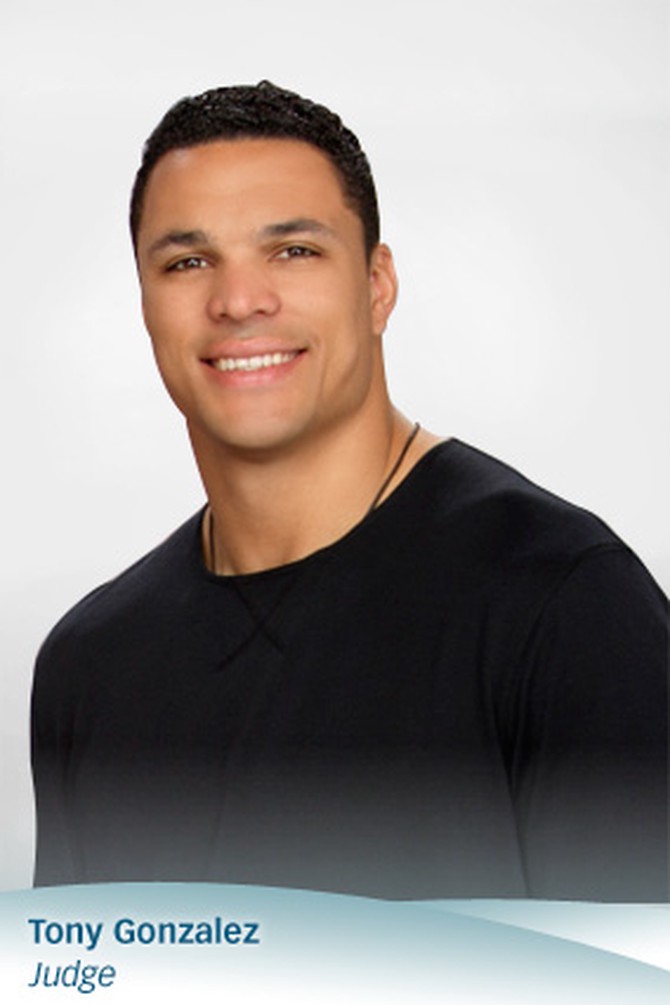 Tony Gonzalez
Dubbed one of the sexiest athletes in the world by ESPN, Tony Gonzalez is considered to be one of the most accomplished tight ends in NFL history. Despite being an intimidating force on the football field, Tony's real passion is philanthropy and lending time to his foundation, The Tony Gonzalez Foundation, as well as the Shadow Buddies Foundation, which hands out dolls to seriously ill and medically challenged children. In fact, Gonzalez is the only NFL player with his own Shadow Buddy, a doll designed by the Shadow Buddies Foundation to be a friend to sick children when they need it most.

In Tony's 11-year career with the Kansas City Chiefs, he's broken a number of NFL records, including career touchdown catches by a tight end in 2007. Off the field, his résumé includes regular appearances on countless national and local TV programs and an appearance in the film Any Given Sunday . After his 1998 rookie season, the Kansas City Chief formed The Tony Gonzalez Foundation, which supports the Shadow Buddies Foundation and The Boys & Girls Clubs of America, where Tony is a member of the Hall of Fame. During the offseason, Tony hosts a youth football camp and lends his time to MVPSpot.com, where he gives out nutritional information for a healthy lifestyle. He has also published an autobiographical children's book, Catch and Connect .

"Competition can bring out the best in people," Tony says. "What I love about Oprah's Big Give is people are using that competitive edge to help others. I think that's cool, very cool."


Tony's Favorite…
Giving Back Moment: Holding my Annual 'Shop with a Jock' event. I take 100 underprivileged kids shopping during Christmas. One year, we had a kid put nothing but food in his cart while all the other kids were buying toys and clothes. It struck me that this kid was stocking up so he wouldn't have to be hungry. We bought the food, but I took him back in to buy toys and clothes, too. It was Christmas, and I wanted him to be able to be a kid.

Food: Whatever I'm in the mood for

Memory: A family reunion in Jamaica, where I hung out with generations of my family where my grandmother grew up.

Snack: An organic fruit smoothie that I make 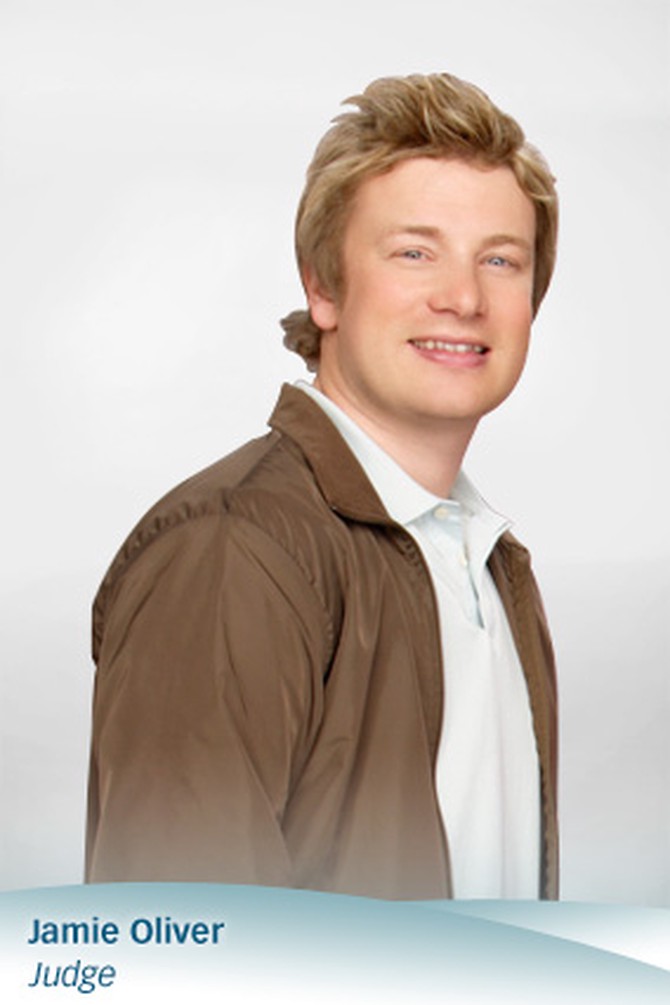 Jamie Oliver
There's a lot cooking in the kitchen of world-famous chef Jamie Oliver. As one of Britain's most famous exports, the wickedly funny television personality has been the host of seven extremely popular shows, written more than half a dozen international best-selling books…and still finds time to revolutionize the way students eat in England.

Known also as "The Naked Chef"—named after his first television show, which was based on the concept of stripping food down to its bare essentials—Jamie is more than just a famous face. In 2002, he opened Fifteen London, a training restaurant for disadvantaged young people, as a way to give back to the industry. The proceeds from the restaurant, which recently recruited its sixth training class, go to his charity, Fifteen Foundation. Fifteen London was so successful, he opened training restaurants in Amsterdam, Melbourne and Cornwall. In 2005, Jamie took on an entirely different challenge—the the junk food culture in British schools. He personally taught cafeteria workers how to prepare healthy food, and his campaign to promote nutritious meals prompted the British government to designate more than $1 billion to the cause, dramatically changing the way kids eat. Jamie and his wife, Jools, have two children of their own, daughters Poppy and Daisy. He and his family currently split their time between London and Essex.

"What was brilliant about Oprah's Big Give is that it took genuinely good people and gave them challenges—really pushed the boundaries to see how good they could be to other people," Jamie says. "It's got all the emotions. It makes you laugh, it makes you cry—it stuns you, surprises you, and there's always something around the corner. You'll see normal, everyday people be heroes."


Jamie's Favorite…
Giving Back Moment: Doing charity work and rehabilitation in an unconventional way. I've got four top-class restaurants around the world that train hard-to-reach young people, mainly from prison, giving them a job. And in that same time I've been doing a lot of campaigns in England, trying to get better food in schools and basically causing a fair bit of creative trouble for the government, encouraging them to do a better job!

Food: I haven't really got a favorite food since my job is to keep changing it up. Italian definitely, and Asian stuff as well, but really it changes all the time.

Type of Music and/or Artist: I like anything miserable. A lot of Brit stuff that Americans haven't really heard of—anyone who hollers and whines.

Time of Day: Bathtime, when I'm chilling. A little bit of peace and quiet.

Indulgence: Going out with the boys, somewhere away, kick around the night, have a few beverages and poker. Boys' night out.

Vacation: The Amalfi coast in Italy

Memory: My favorite memory can't be talked about on Oprah.com!